I won't lie, it feels alright to see your name in lights
We all need an 'Atta boy' or 'Atta girl'
But in the end I'd like to hang my hat on more besides
The temporary trappings of this world

Chorus:
I want to leave a legacy
How will they remember me?
Did I choose to love?
Did I point to You enough
To make a mark on things?
I want to leave an offering
A child of mercy and grace
Who blessed Your name unapologetically
And leave that kind of legacy

I don't have to look too far or too long awhile
To make a lengthy list of all that I enjoy
It's an accumulating trinket and a treasure pile
Where moth and rust, thieves and such will soon enough destroy

Not well traveled, not well read
Not well-to-do or well bred
Just want to hear instead
'Well done, good and faithful one'

One final post regarding what my mister has referred to as, "The Year of Kendra!" I'm back from my beautiful cousin's graduation, and I wanted to brag about her accomplishments this year. She WON district in cross country, her basketball team made it all the way to STATE, she went to regionals in track, was NHS president, senior class president, Homecoming Queen, Miss BHS, Prom Queen, and received the 2009 Lady Rabbit (athlete) award. Did I mention that all of that was only THIS year?! And if that wasn't enough, she was Salutatorian, too! She gave a great speech that made people laugh, and she mentioned my family (along with her parents & a family from her church) in her "thank you's" as she was awarded her diploma. *tear* Oh ya, and someone in town gave her a car...Yes, GAVE her a car! A nice one, too. A 2009 Honda Accord that was exactly what she wanted. God prompted someone to do it, and they obeyed. How cool is that?!

What's even better than all the accomplishments & stuff is the fact that Kendra is an awesome person. She is super sweet & loves Jesus! She really is a good girl, and I'm so happy to see all the blessings she has received this year. And I'm proud to call her my cousin & my friend. :) Her whole family is great, actually. I absolutely love my Uncle Chris & Aunt Karla (I was their flower girl almost 27 years ago...Aw!) Their sons Kirby & Kevin are super great. I fully expect to see Kirby run in the 2012 Olympics, and I know that Kevin is destined for greatness, too! I had a great time with them this weekend, as usual. Here are a few pictures... 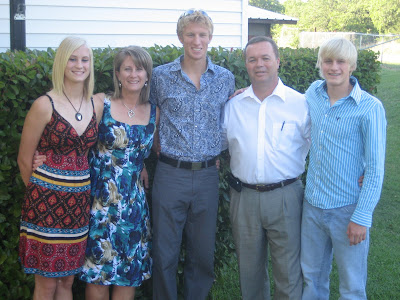 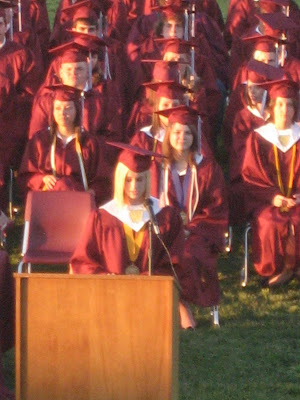 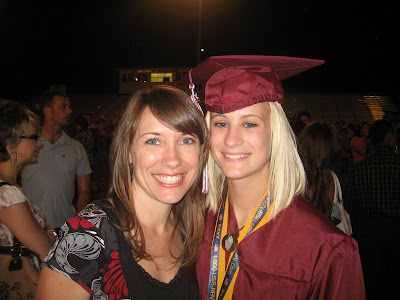 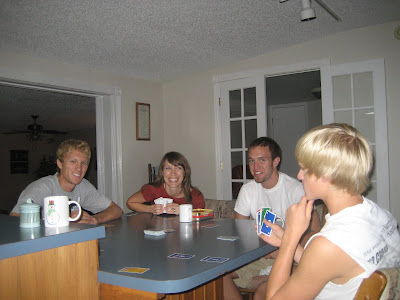