I hope y'all had a great Christmas!! If you haven't figured it out yet, I love traditions! So ours started on Christmas Eve with our candlelight service at church*, followed by dinner at Denny's. We took turns taking family selfies, so I thought I'd post one of each person's pictures... 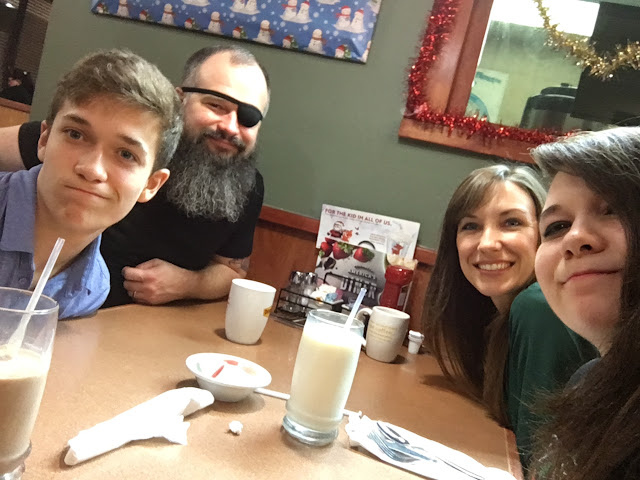 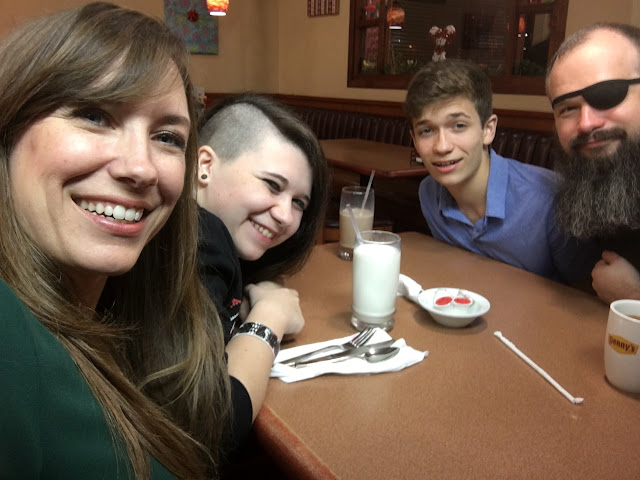 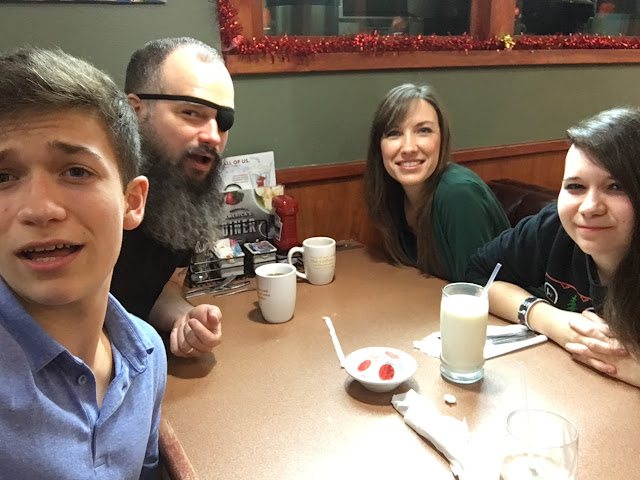 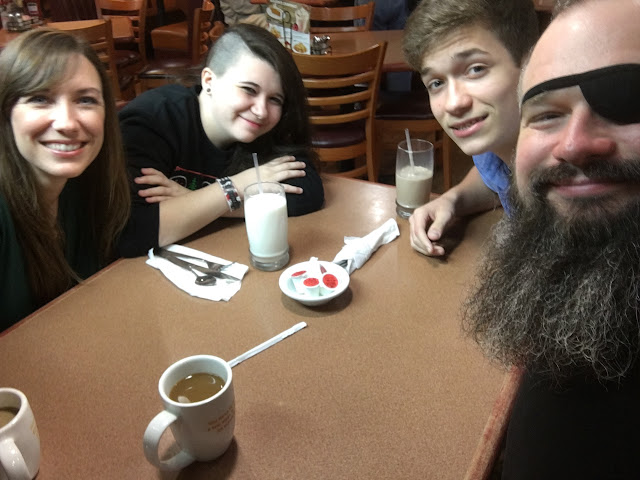 We each opened a Christmas Eve present, which has become PJ's (for the kids, at least, though it hasn't always been that way)... 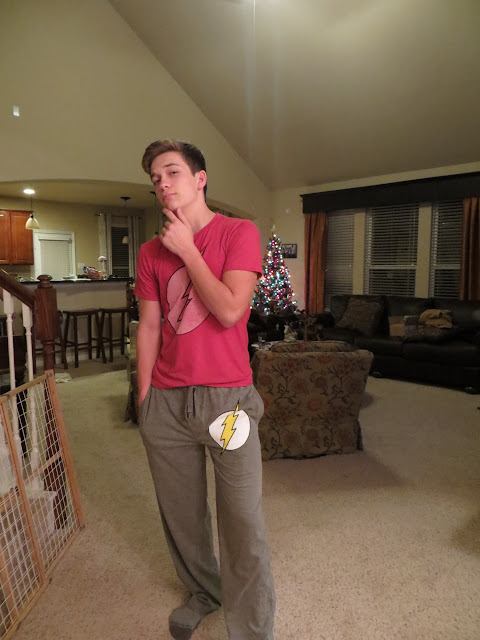 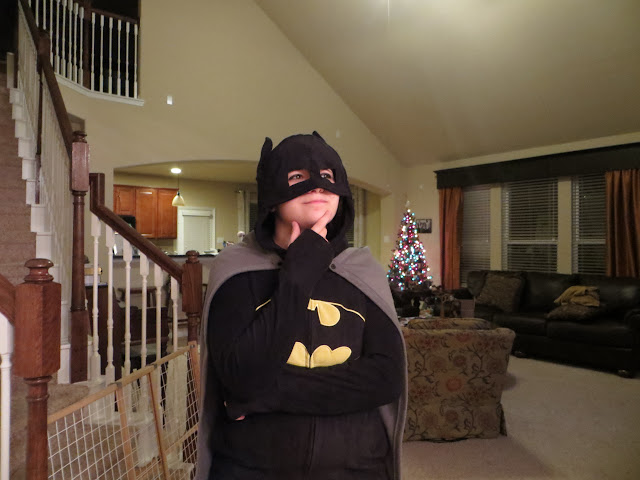 Christmas Day was pretty chill, and it was so nice! I slept past 7:00, and the rest of the family didn't get up until 8:30 or later. We ate our traditional mini-cinnamon rolls and pigs in a blanket for breakfast before opening presents. We're the kind of family who takes our time handing out and opening gifts, one person at a time, so it goes on for a couple of hours. I love it!! 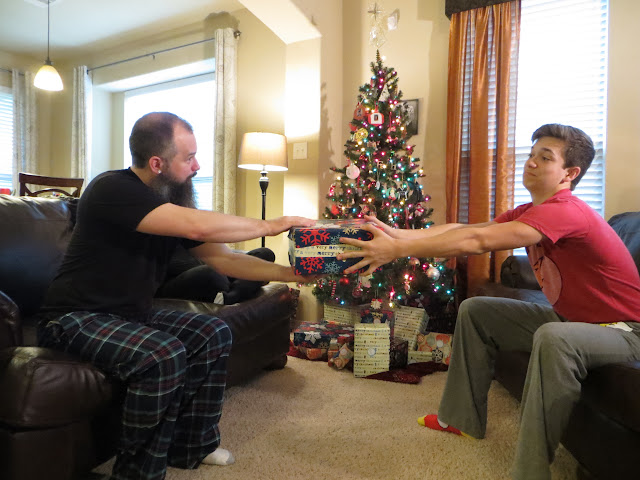 Dulce ate Elly's old headphones, so her new ones were technically from Dulce! ;) 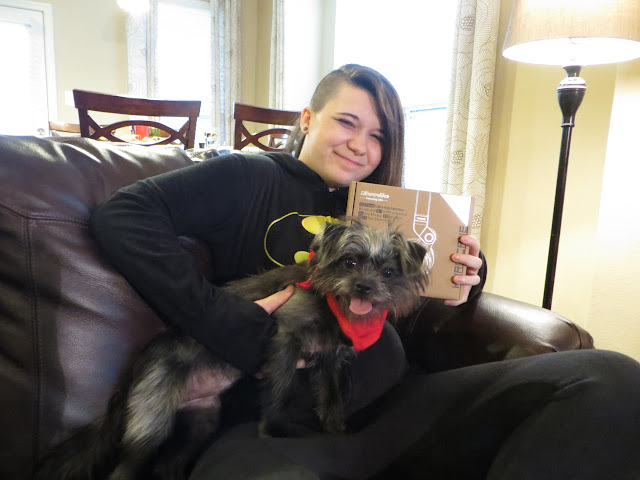 My baby girl got me a coffee mug & chocolate! ♥ 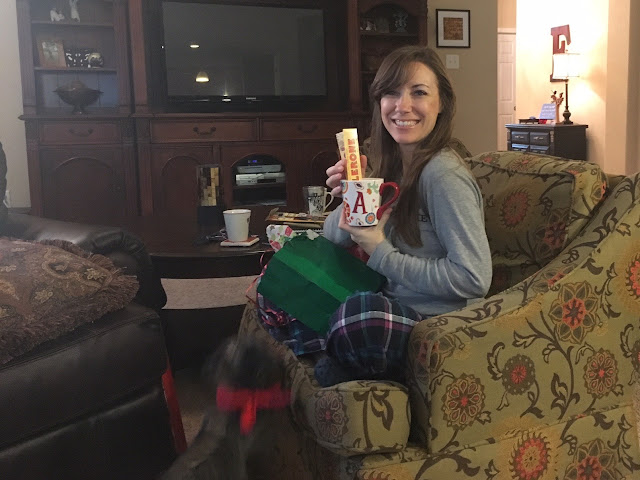 Cody got Elly a Batman glass! 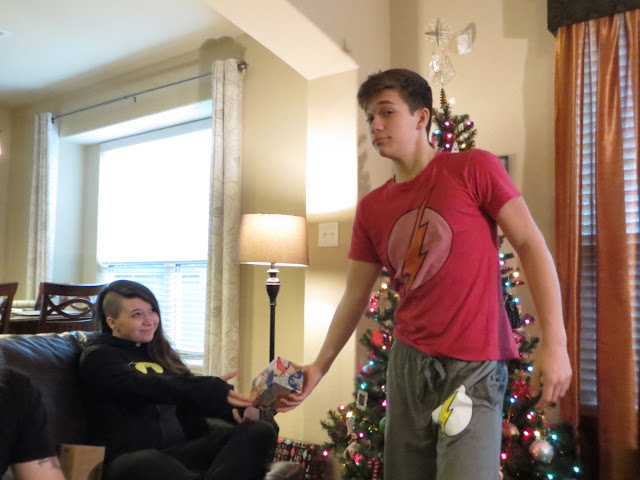 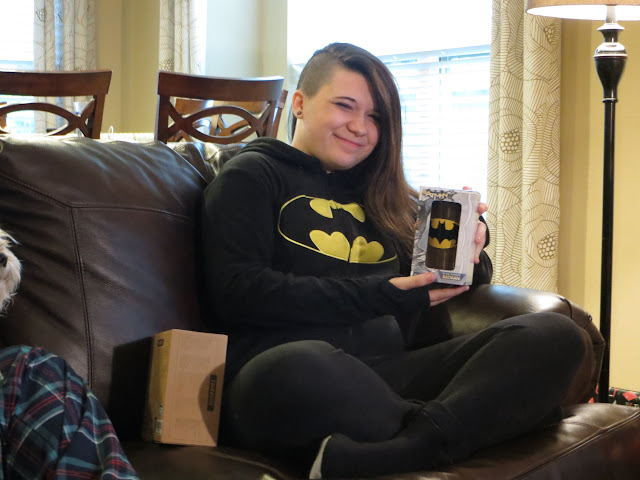 And Elly got Cody this drawing of the Flash at Comic-Con earlier in the year! 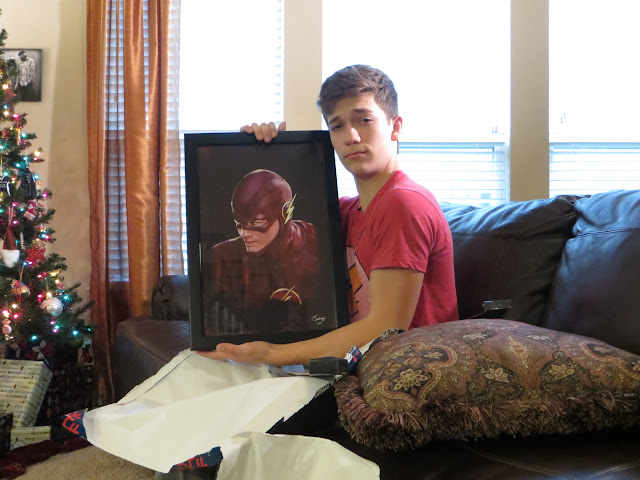 Baby girl got her dad a stress ball shaped like a man with the word Boss on him... 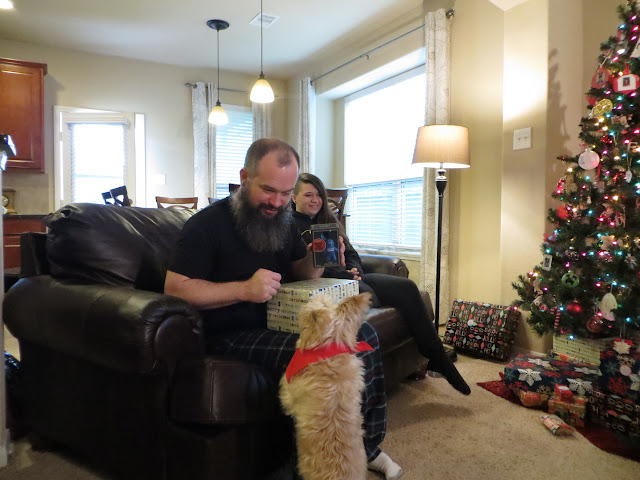 ...a mini-amp by the same company that made the amp that he got for her last year.... 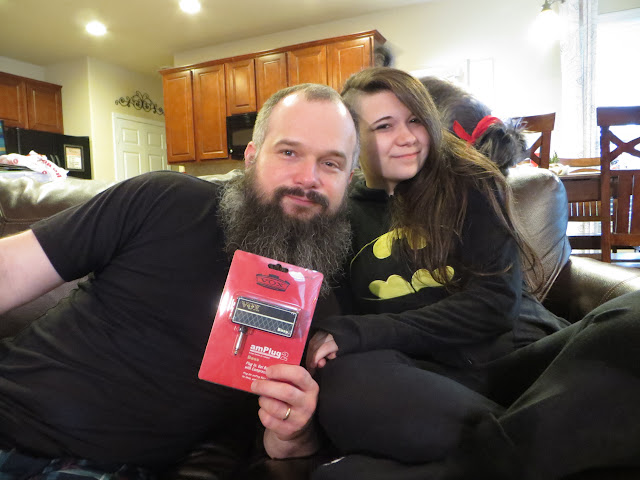 ...& she also put a bow on her head because he had told her that all he wanted for Christmas was her! :) 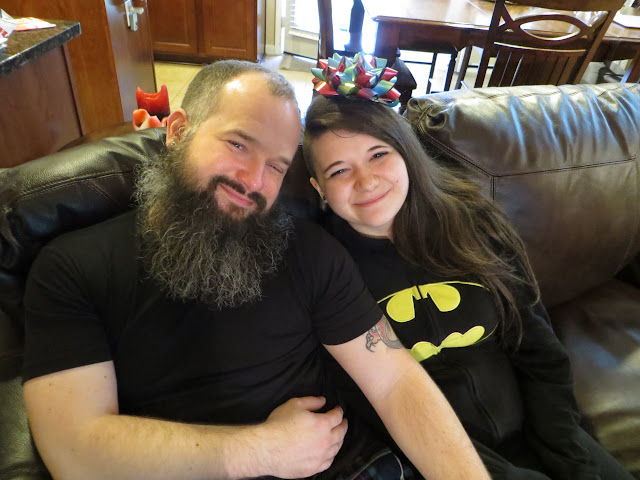 Chris & the kids hadn't labeled any of the gifts that they had wrapped, so they would whisper things to each other before giving me a present. Elly handed me this one, and I was confused because she had already given me her present. When I asked if it was from her, she said that it was from no one. Maybe it isn't funny for those of you who weren't there at the time, but it was funny to us! 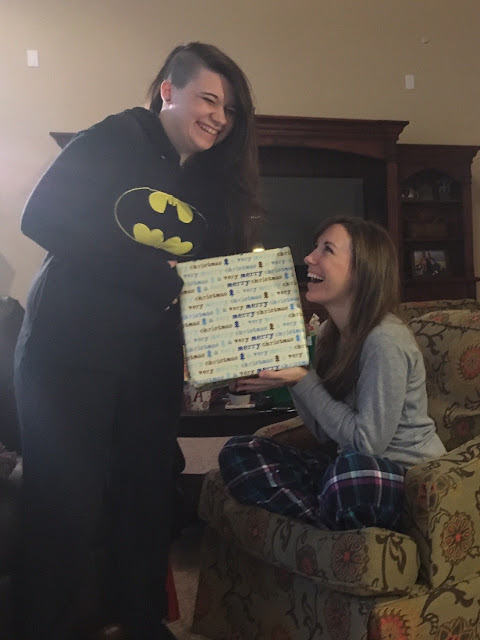 Cody had to open at least one present with his eyes closed like he used to do! ü 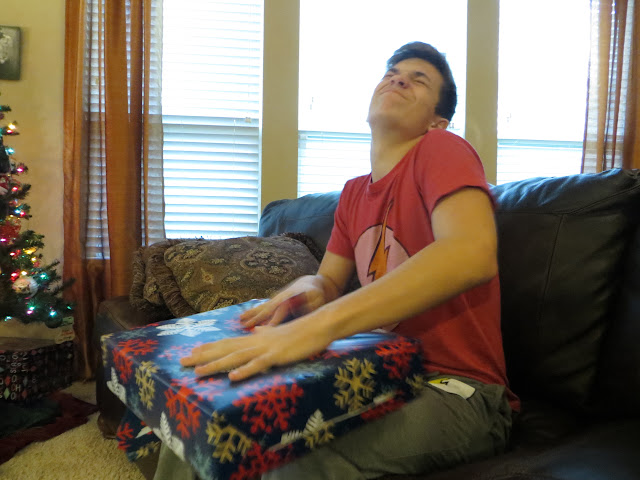 Since this was Dulce's first Christmas, she didn't quite know what to expect. She was climbing all over us and the furniture, curious about it all! We wrapped a couple of presents for each dog...They both  played with their stuffed reindeer and promptly buried their rawhide treats! 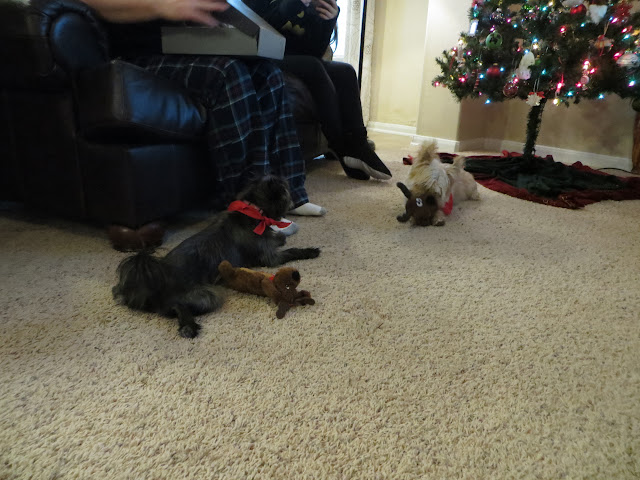 And here are a few more pictures just for funsies... 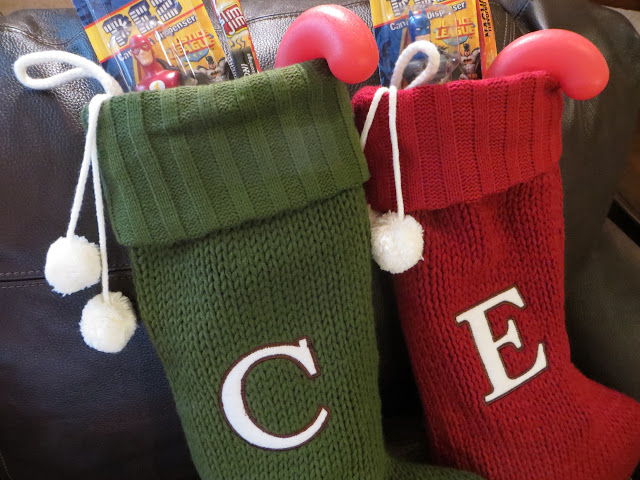 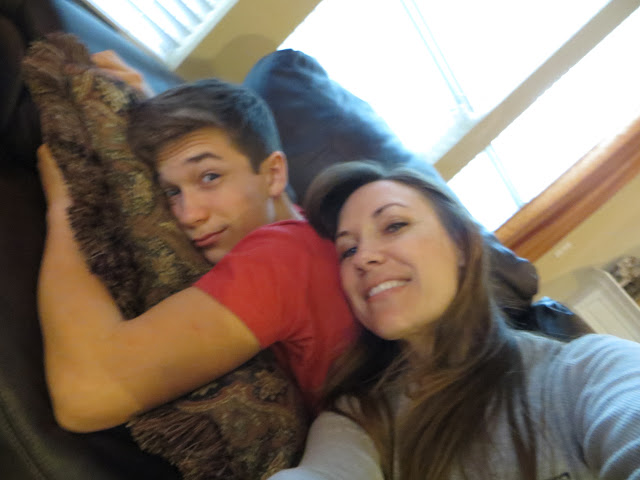 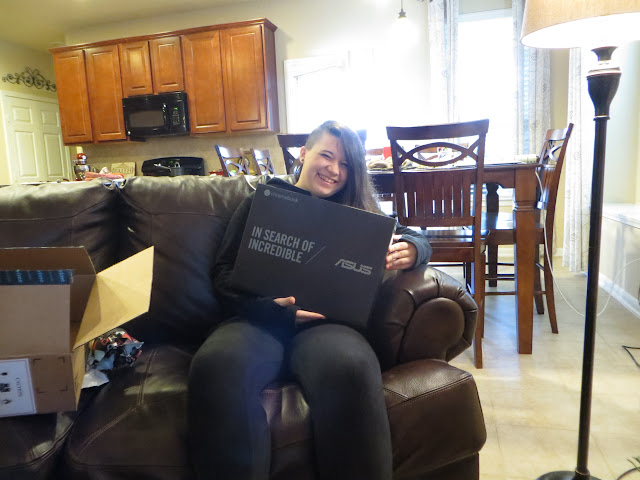 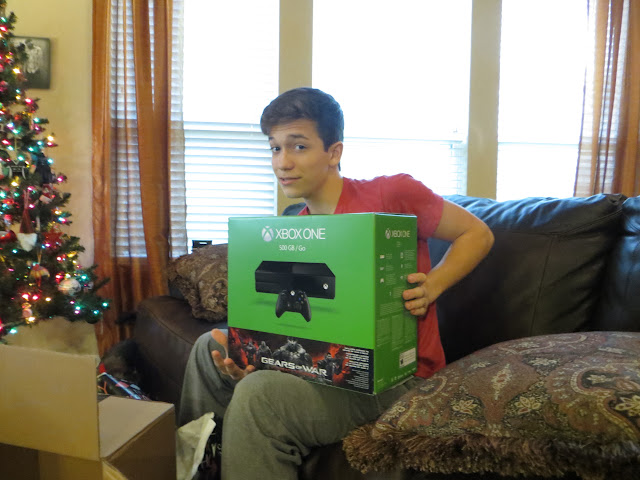 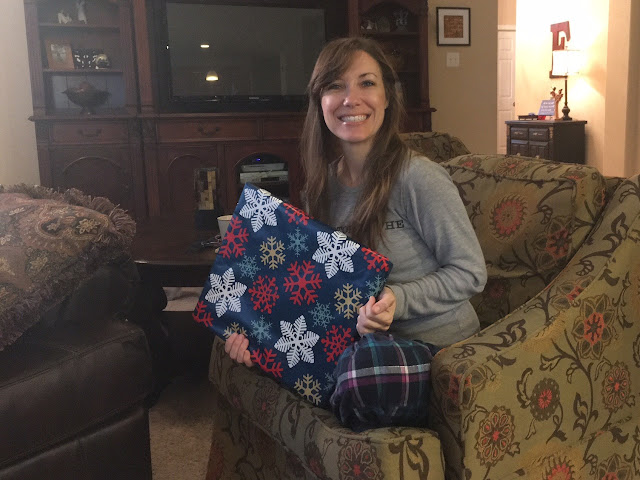 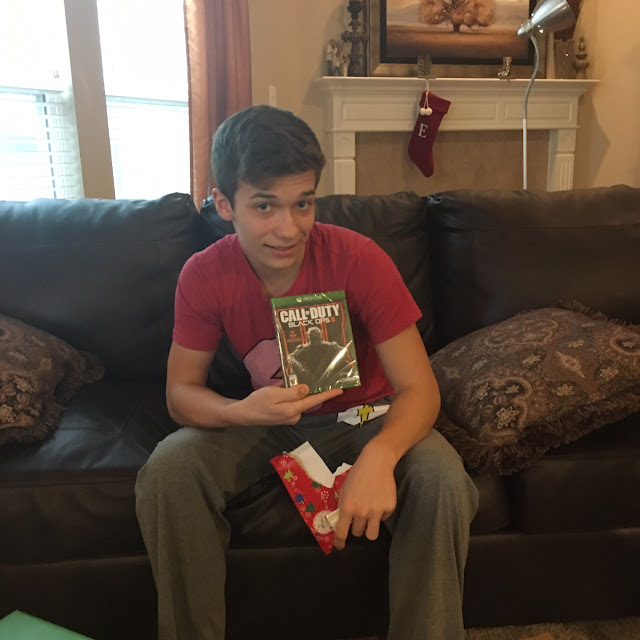 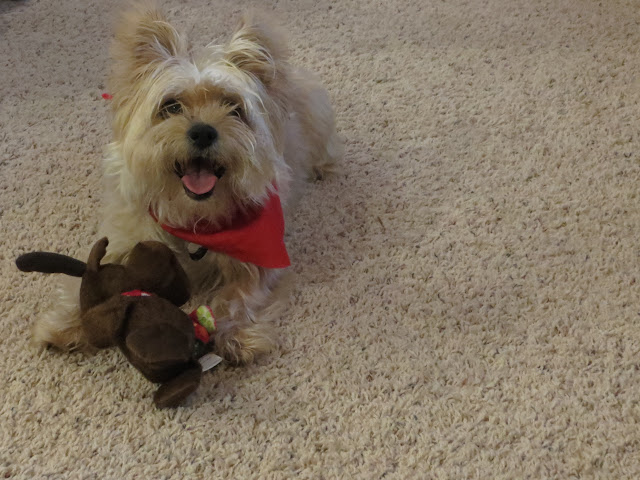 I hope y'all have had a wonderful Christmas weekend so far and that you've had the opportunity to spend time with family! ♥

*This is totally irrelevant to Christmas, but I ran into Geof, an old boyfriend of mine, at our Christmas Eve service! In all honesty, I had half-expected this to happen one of these days because his parents have been going to my church for four or five years now! I have seen one of his brothers several times since we've lived here, but this was my first time to see Geof. He was my boyfriend my senior year in high school, which was a rough time of life for me. He was a bit of a bright spot during that time, and though my heart was broken when we broke up, I still have fond memories of my times with him. Though we only spent a few minutes catching up, it really was nice to see him after all of these (23!) years. Oh, and he has a fourteen-year-old son named Cody! Ha! His other two kids are younger and not named Elizabeth, but I thought that was pretty cool and strange at the same time. Ü
Email Post
Labels: Christmas family