I hope y'all have had a great week and weekend! Mine has been good!! If y'all saw the picture that I posted last night, you already know why! ü I'll get to that later, but as for the rest of my week...

We had a women's event where we prepared items that will be taken on mission trips this summer. There were a few different things going on that night...dress kits were prepared for Guaymi women to make in Costa Rica, pillow case dresses were made for girls in an impoverished area of Romania, and goodie bags were assembled for ladies in the commercial s*x industry here in Texas (more on this last thing as our involvement develops further, but for now you should check out the beautiful things that Brett & Emily Mills are doing through Jesus Said Love). Anyways, aside from eating finger foods and talking to friends (both new and old), I pinned bias tape around sleeves for pillow case dresses. They are SO cute, and I know that some little Romanian girls are going to love them! {I didn't take any pictures, but I found this tutorial that'll show you something similar to what we're making!}

As y'all know, Tuesday was St. Patrick's Day. Ever since emerald was the Pantone color of the year, I have had an emerald blouse on my list of things to buy when I have a little extra money or gift card or something. So far, I've had no luck finding what I'm looking for. Elly was concerned about me getting pinched, so she lent me her Monster tab necklace! Is she the best, or what?! :) 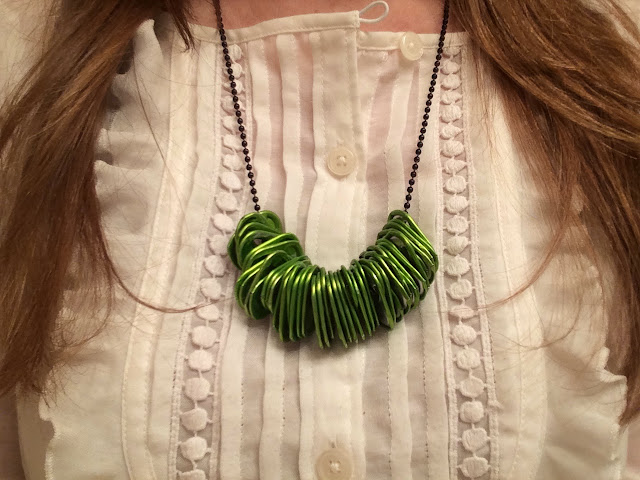 If you saw the post where I said, "I'm gonna grab my sari just in case," you may have wondered what situation might possibly warrant it...I got to share about India with the girls in our children's ministry at church on Wednesday night! They have just learned about Amy Carmichael and all of her mission work in India, so I got to tell them a bit about our trip and how they can be involved with what we're doing in India! 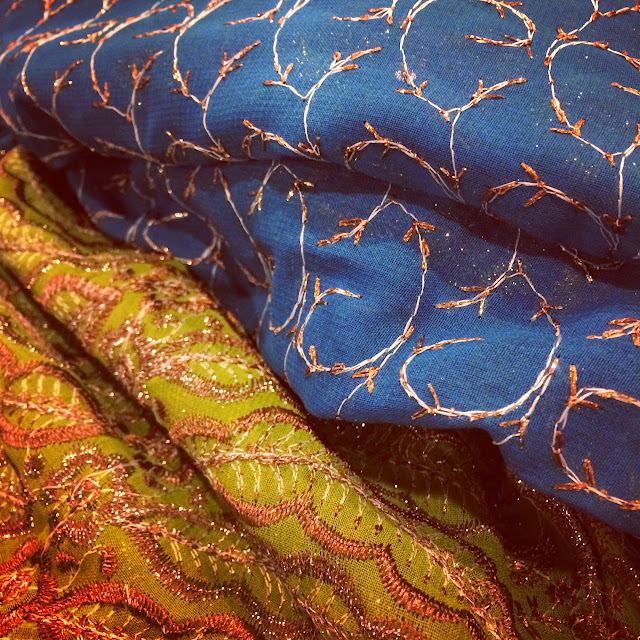 {And in case you wondered, it was a good thing that I brought it...even though I was in a hurry and accidentally put it on inside out!}

Cody did well in his track meet on Thursday night! He finished 2nd in the 2400 with a time of 8:10, and he finished 1st in the mile with a time of 5:09. If he runs his first lap around five seconds slower, he should have it in him to run the other three laps five seconds faster, and he'd totally meet his goal. I'll keep y'all posted! 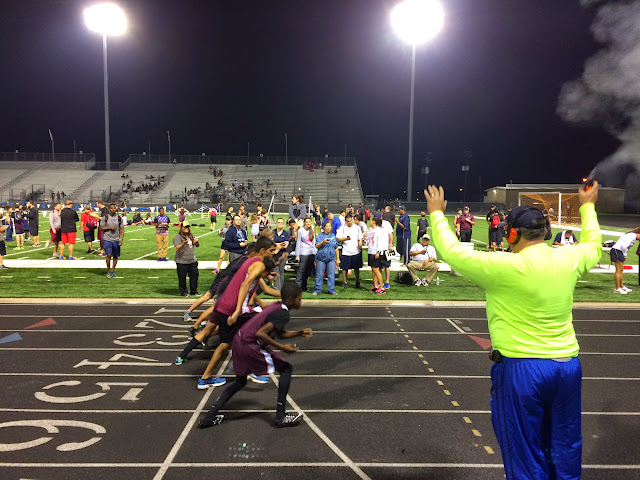 I drove to my beautiful cousin Kendra's on Friday! It ended up being a bit of a "Girls' Weekend" because Aunt Karla & Catherine (Kirby's wife) were there, too! :) Jason was also there, but he intentionally ate dinner in the living room (while watching some March Madness) while we ate dinner in the kitchen on Friday night, and he took care of Judah while we went to a couple of antique shops on Saturday. Speaking of Judah... 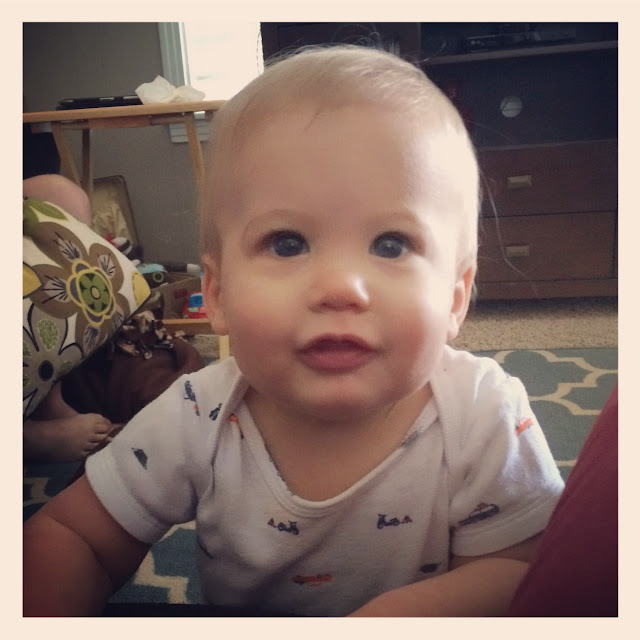 How adorable is he?! He is getting SO big! 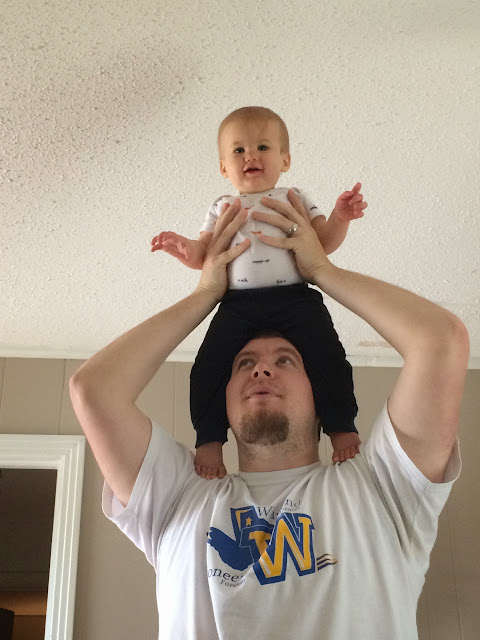 He was crawling everywhere, playing peek-a-boo with his Nana, and pulling himself up on things. He'll be walking before we know it! He doesn't have any teeth yet, but he was doing a little teething on Kendra's chin! :D 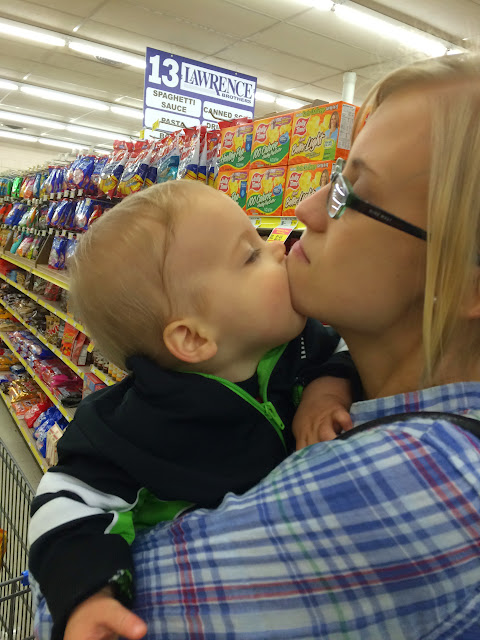 My drive home was mostly in the rain, so that wasn't so fun. My neck is a little sore today, so apparently I was tensed up more than I realized! Oh well...it's totally worth it to spend some time with Kendra and the family! ♥

District is on Thursday, and I have two baby showers on Saturday (one I'm attending, and one I'm helping to host), so I've got another busy week ahead. I will try to catch up on everyone's posts very soon! Before I forget, thank you to those who participated in the little name meme game! I enjoyed reading the random results that y'all got!

Zion said…
Baby central! I love that necklace that Elly made. I want one. Green is my favorite color. How sweet that she thought of you! I really love that time of ministry the women at your church had. What a blessing for everyone!
March 23, 2015 at 5:21 AM