I got to see All Sons & Daughters last night!!!!

Laurien picked me up from work, and we met up with Sheridan for dinner beforehand. There were also a couple of women from her church, Stephanie and Meagan. I know Stephanie's husband & may have met her before(?), but it was definitely my first time to meet Meagan. I liked them both & think we could be friends... ü

We ate at a burger place then met up with Coco at the church where the event was being held. The band was joined by their pastor, Jamie George, who spoke a couple of times throughout the night. Sandra McCracken was scheduled to be on this tour, but she wasn't there (more on this later). Tim Timmons was there instead. I had never heard of him until I saw him on a video with AS&D, but I think I like him! Due to stupid cancer, I think we have a similar perspective on things, and I'd like to know more of his story.

Because it was a night of worship and not really a concert, I only took a couple of [not so great] pictures when it first started. 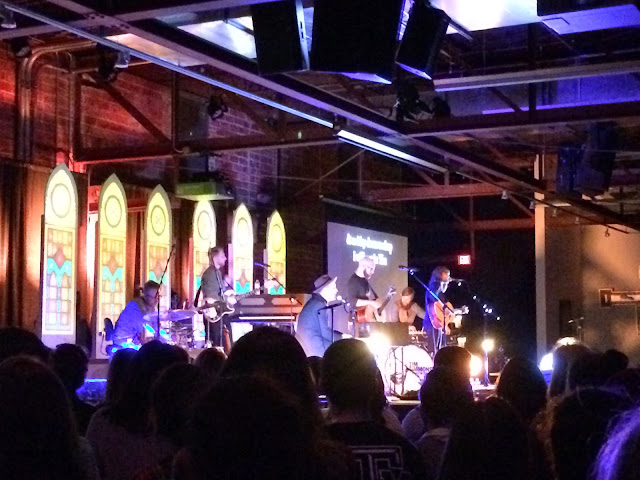 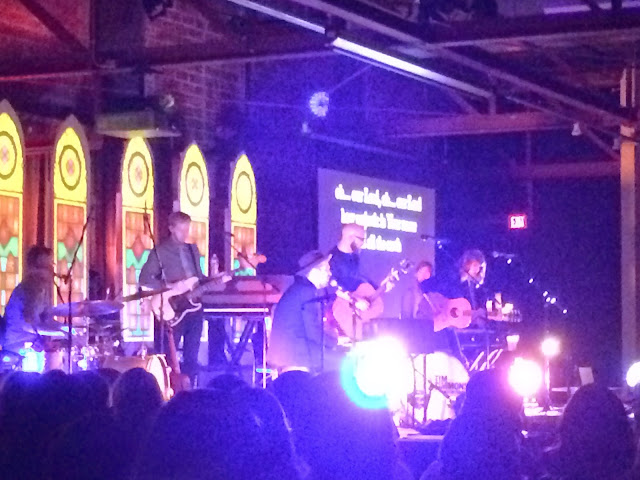 We were standing around talking afterward, and the Sandra McCracken subject came up. We all thought she was supposed to be there, but nothing had been said about why she wasn't. I looked up and saw Jamie George standing a few feet away and suggested that Sheridan ask him why Sandra wasn't there. She seemed a bit unnerved at the thought of doing that, so I did. And she took this picture because she couldn't believe I just walked over there and asked. I just didn't want us to always wonder... 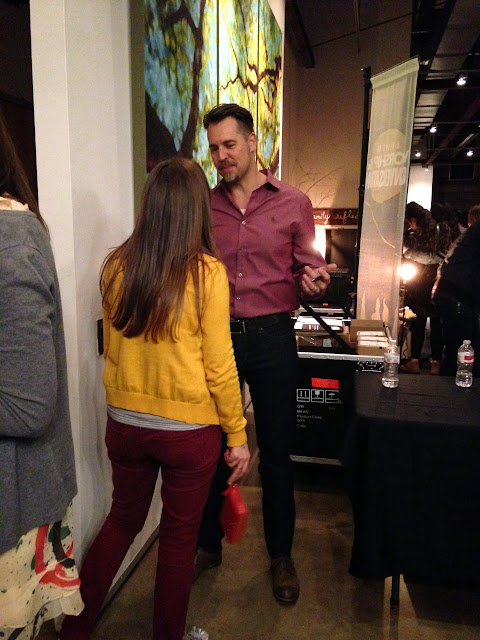 ...and in case you care, there was a schedule conflict. Sandra couldn't be at the first three shows, so Tim stepped in. She didn't join the tour until tonight. :/

Anyways, the night was soooo good! I had a hard time deciding on what song to post, because they're all so great! Ultimately, I decided to go with this one since it has been on my mind all day. The words are so good and true:

"What can compare to the love of Jesus?
Who can repair every broken thing?

No other One can break this darkness
No other name...

I need You more than anything...

Through the calm and the storm, in the chaos
Though the mountains will crumble, You will not
Never failing Your promise eternal...

I need You more than anything..."

Zion said…
That is so cool. I would probably be like you and just walk right up. It's an extraverts advantage. Similarly (kinda) I never really watched project runway until a couple years ago when they had a deaf designer. I followed him all the way to the end. He even made me cry on one episode. Then he went on to the all star season. The crazy thing is he will be at Sedona's school to talk to the kids!!! AHHHHH! I will definitely be blogging about it when the time comes. Anyway, back to your blog, I am so glad to see that you have so many great friends. It really encourages me to know that you have established roots there and can connect with other godly women.
February 12, 2015 at 11:15 AM