I'm sorry to disappoint y'all by not posting over the weekend. I was a little bit busy, but I'll get to that later! :) First, I have to tell you random things...

Before I forget, though, we have lost round one of the stupid Pre-Authorization Game. Your continued prayers would be greatly appreciated!

I completely forgot to tell y'all about Laurien coming over last week for Turkey Hill Chocolate Peanut Butter Cup ice cream. It's absolutely delicious, and I had been telling her about it for a couple of weeks. She's as big of a chocolate and peanut butter fan as I am, so we share chocolate/peanut butter discoveries with each other. She told me about Peanut Butter Cup Oreos and suggested that we combine the ice cream with the Oreos and make a shake... 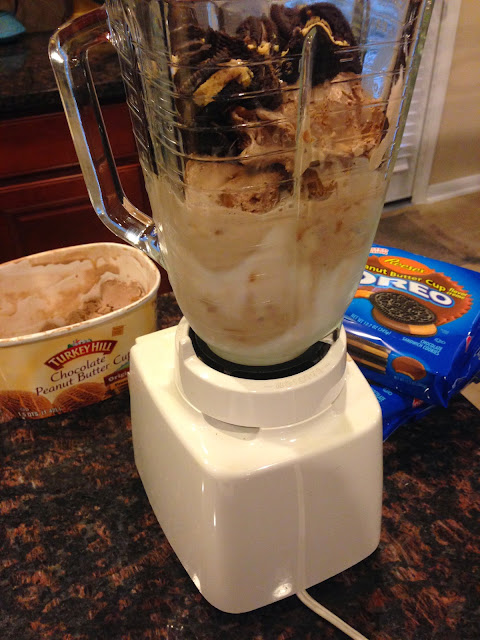 ...it was so good that I drank the remnants straight from the blender! 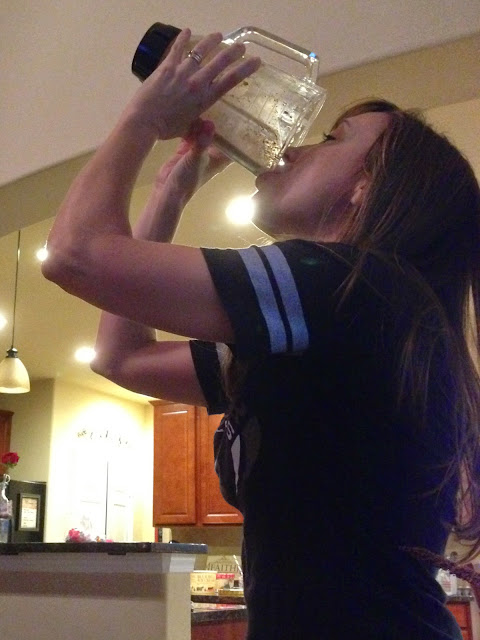 I had never heard of Turkey Hill ice cream before, but you should try it if you ever come across it!

Clyde had a birthday this week, and his wife Nicole had called me to arrange surprise cupcakes at staff meeting. Instead of her picking some up at the store, I offered to bake some. I couldn't decide what I wanted to make, so I made a few different kinds (chocolate with vanilla frosting, chocolate with chocolate ganache, and Italian cream)... 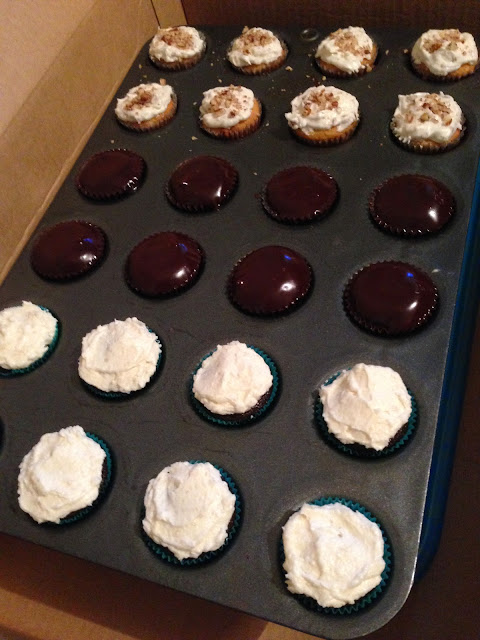 We got Pepper a ThunderShirt because she's afraid of everything. It hasn't seemed to work much, but she looks cute in it. Doesn't she? 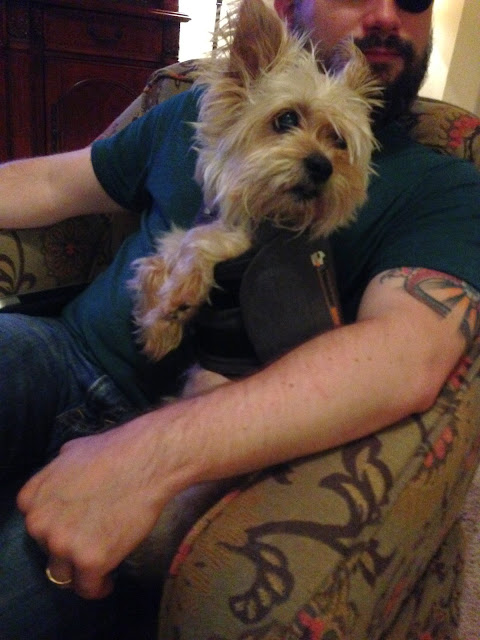 Cody & I cleaned out the garage yesterday, and we came across a shirt that seemed big enough for both of us. So, of course, we had to try it! :) 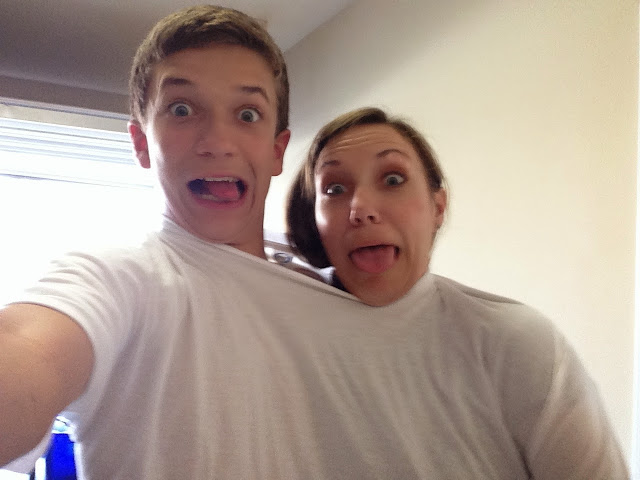 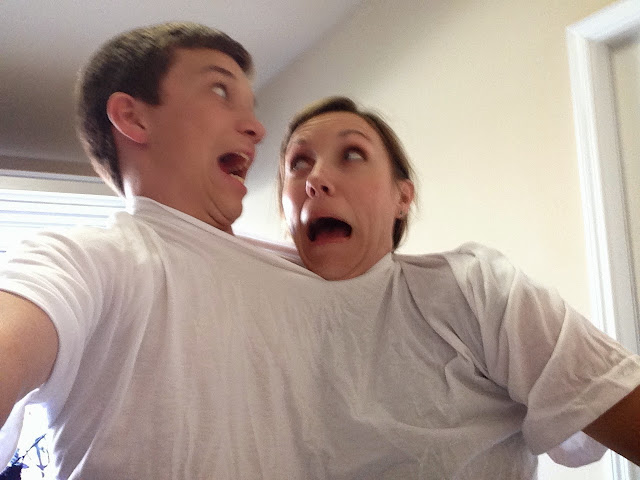 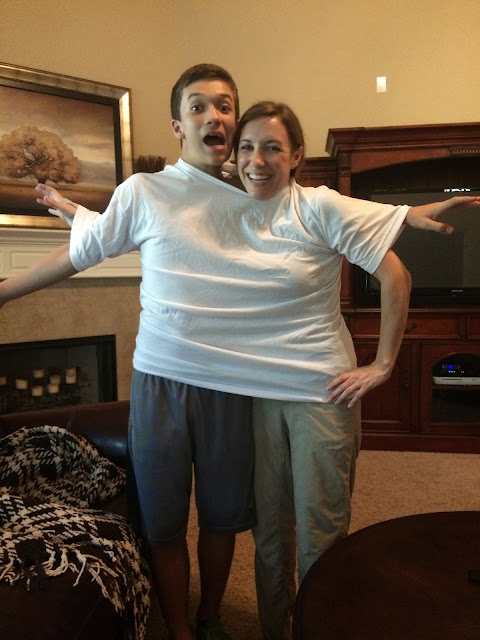 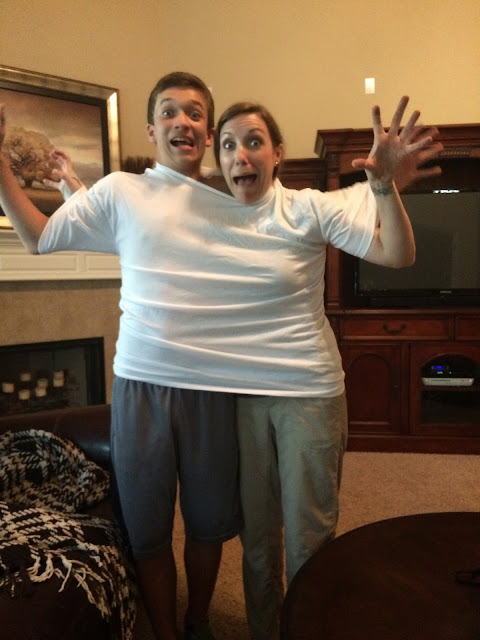 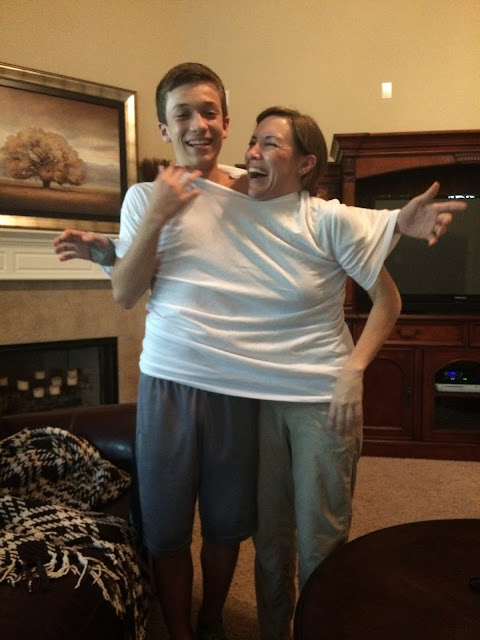 And finally, the most exciting part of my week...I got to see my beautiful cousin Kendra & meet her baby!! 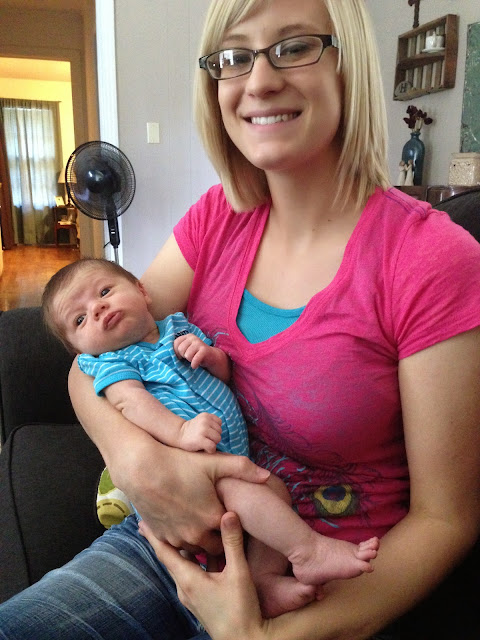 Auntie Amy is absolutely in love with Judah ♥ 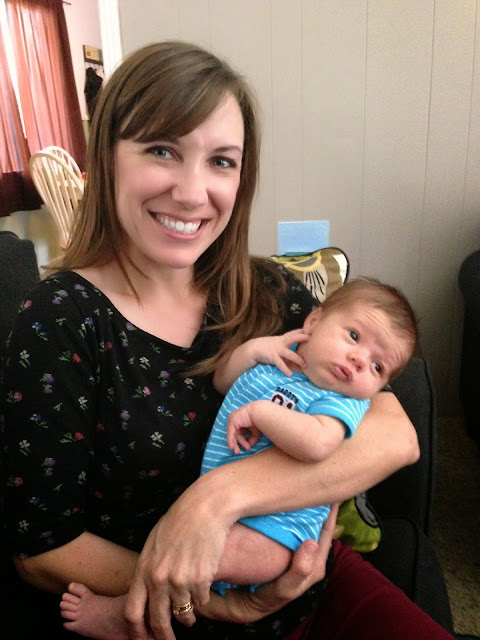 I mean, seriously. Just look at him! 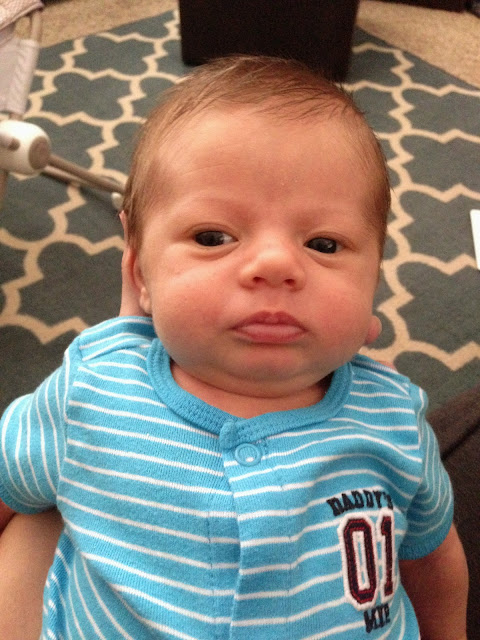 I held him for every possible minute of my way-too-short visit. I enjoyed catching up with Kendra & Jason, and I played with this cutie a little bit (though not as much as she would've liked): 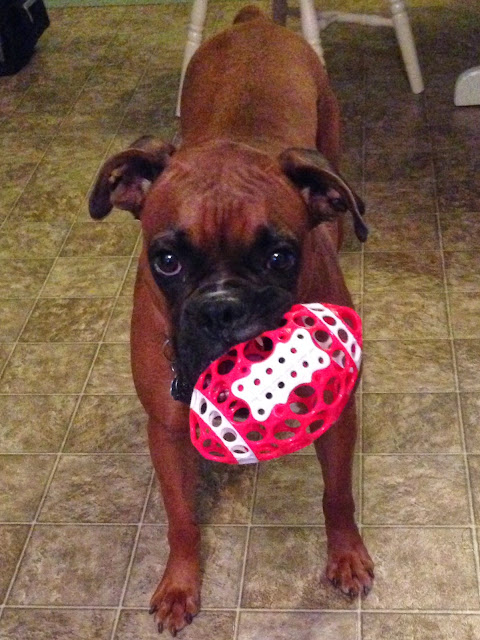 And one last picture of adorable Judah in his Sunday outfit (I got a preview on Saturday): 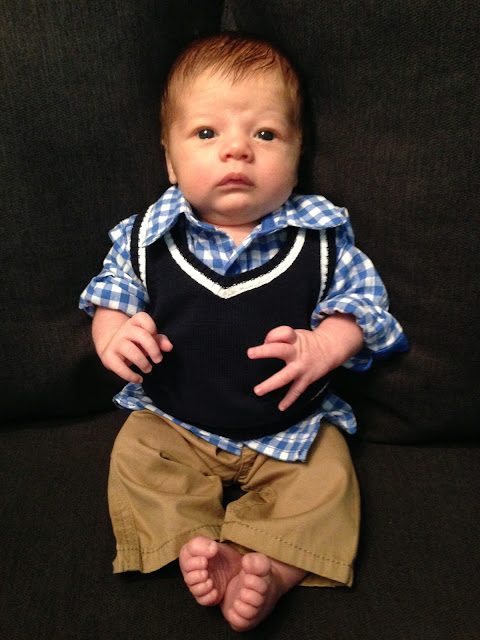