I've been listening to a little Elevation Worship this week. Trend rebel that I can be sometimes, I sorta resisted listening to them for awhile. But it's stupid, really, because I like what I've heard. Why do I resist this sort of thing? Anyways, they have some good stuff, so you should totally check them out. My favorite part of today's song is the bridge:

I may be weak
But Your Spirit's strong in me
My flesh may fail
But My God, You never will

My week was a little more exciting than usual since I only worked two days. One "exciting" part was another little incident with Silvie in the freezing rain this time. I was still in the parking lot at work when my power steering locked up, the windshield wipers stopped, the radio powered off, and the battery light turned on. Then everything suddenly started working again, so I headed home. Four different warning lights intermittently turned on & off along the way, and she kept trying to die. I prayed that I would make it to the shop, and I made it! Seriously, y'all, there's one area where I never get three green lights in a row, yet I did that day!

I already mentioned that we went to my brother's for Thanksgiving, which was also my dad's birthday! He & Chris came, but Aaron was working on something for school. Wendy's parents, grandparents, and aunt & uncle came as well. I ate way too much food, of course! Kerry actually suggested taking pictures with his "twin", so I thought I'd share a few with you... 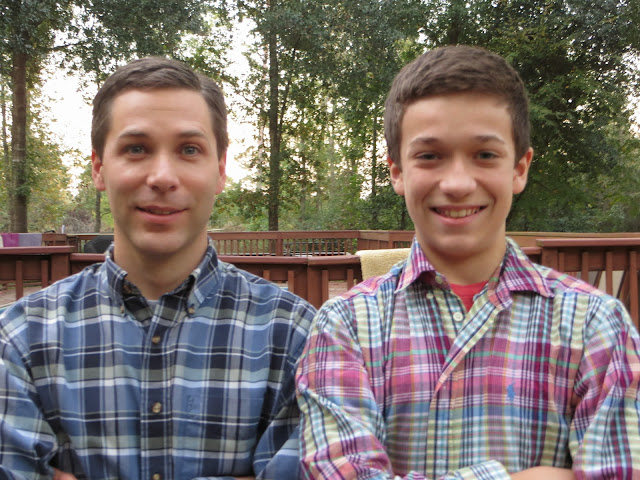 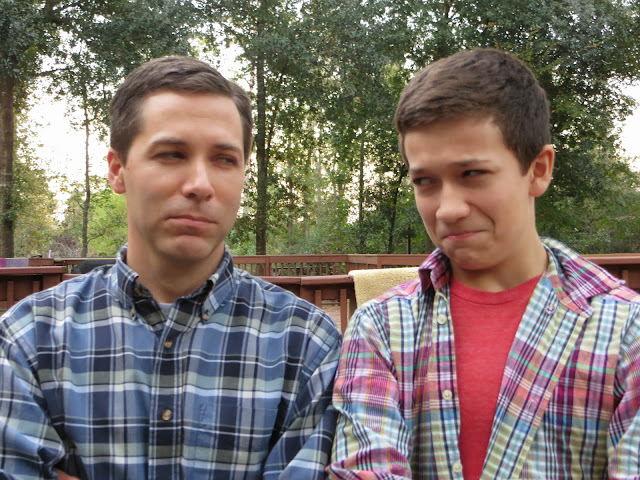 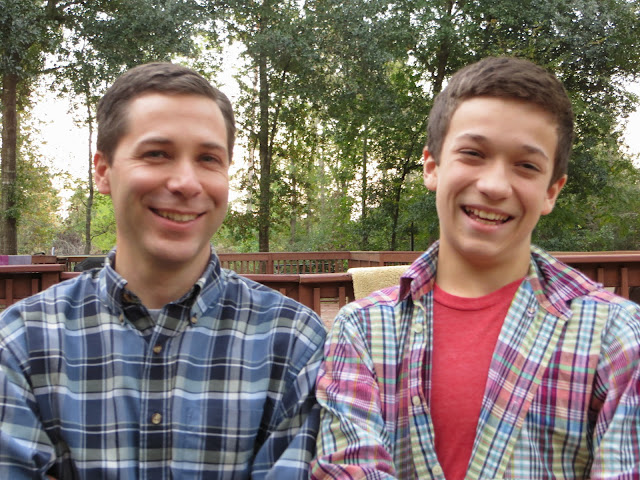 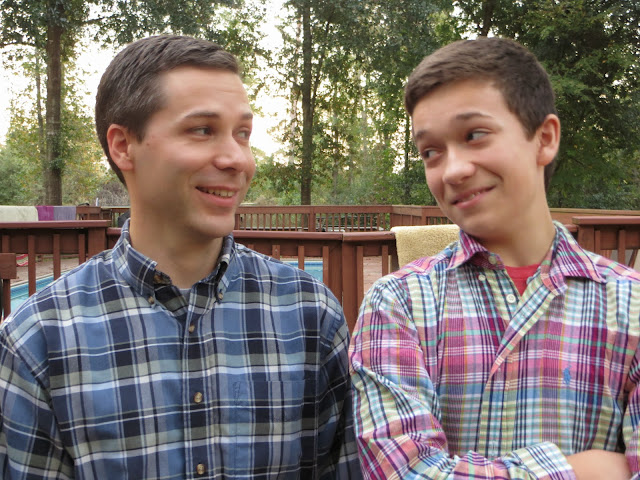 He also {willingly} took a couple of pictures with my baby girl: 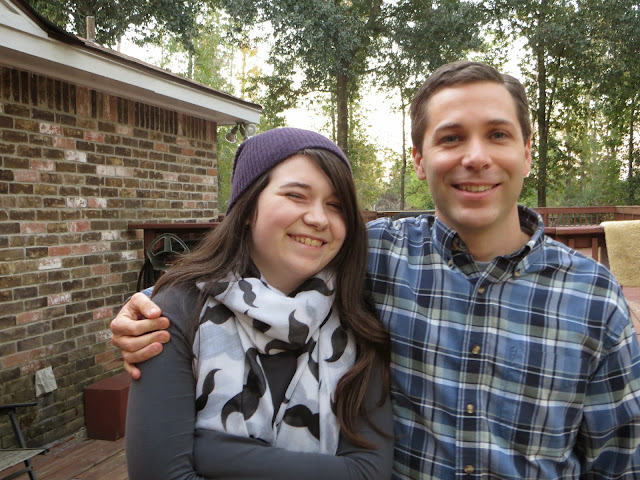 I think they were trying to squinch in this one :D 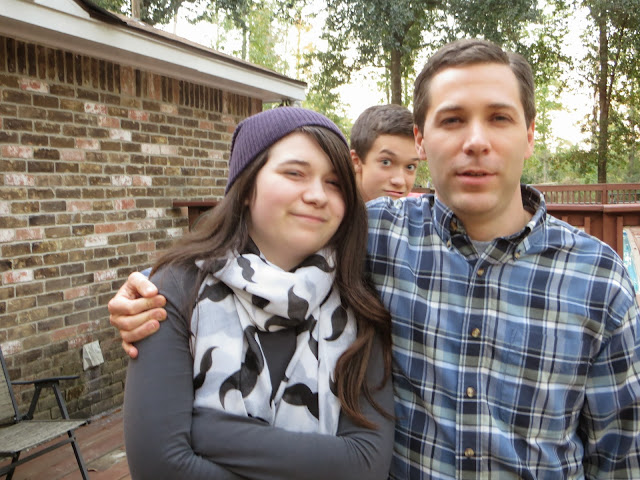 & here's my sister-in-law Wendy with Elly, too: 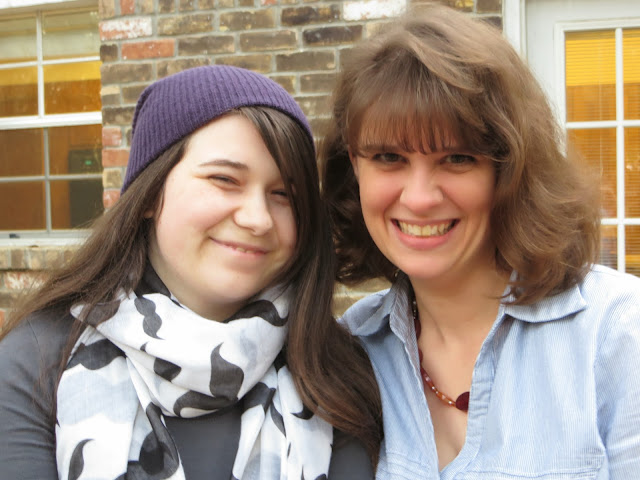 I didn't get any pictures with my niece or nephews because they're my brother's kids. We figure if it took Kerry nearly 40 years to be OK having his picture taken, then we probably have awhile before they'll be willing!

The kids & I decorated the Christmas tree yesterday, but we didn't watch Elf until tonight. We usually watch it after we do the tree on the day after Thanksgiving, but Elly went to the movies with a friend. I wouldn't normally break with tradition like that, but her friend's step-mom just passed away. He & his mom were looking for a distraction & invited Elly to join them. I also had to go up to the church for a little while, and we were gone at different times.

I am super excited to say that my beautiful cousin Kendra & her husband Jason are expecting a baby!!!!! She called me yesterday to talk about summer plans, which I thought seemed a little early until she said that I needed to come and see her in June! Because I'm pretty smart, I guessed what she was hinting about! :) Eeeeeeeeee! This baby will be like a niece or nephew to me, so I'm planning on doing some spoiling! Auntie Amy is SO looking forward to that! ;)

I have a couple of posts {with pictures!} in the works and hope to get them done before I leave for India in nine days!! I may schedule them for while I'm gone so y'all don't miss me too much! ;)

Zion said…
Congratulations to Kendra that is so exciting. I have to admit, I really did a double/triple take, because I thought I was confused who Kerry was. I thought there was no way Kerry could be your brother because he looks like he is 21! Seriously. Good for him and yes he and Cody do look alike.
December 3, 2013 at 9:12 AM