Man...this summer has ended up being so much busier than I thought it would be! School starts in two weeks, and I just can't believe how quickly this summer has flown by! With discipleship groups at Julie's most Monday nights, book club here most Tuesday nights, youth events some Wednesday nights, and various things on the weekends, I'm pretty sure I've only cooked once a week on average...unless you count cooking a frozen pizza on Friday nights! With work on top of all that and trying to spend time with my kiddos when I could, I've barely had time to blog! I hope to finish telling y'all about our NOLA trip soon.

Until then, here are the highlights of my past few weeks {in addition to birthday celebrations!}...

Christopher and I celebrated our 19th anniversary a couple of weeks ago! Unfortunately these were the best of the selfies... 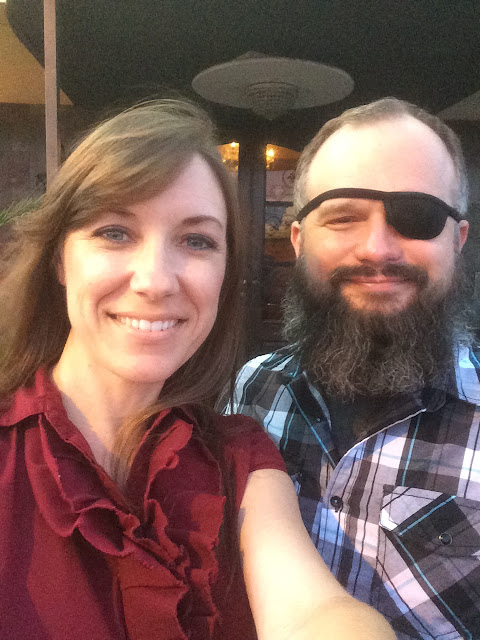 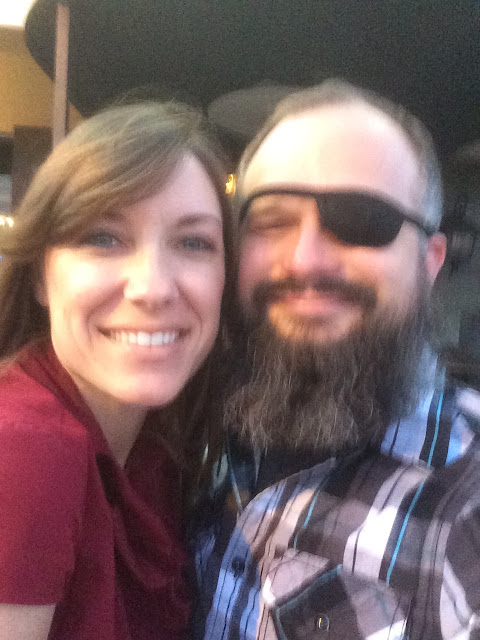 Speaking of celebrations...we celebrated Nicole's 30th birthday over the weekend!!! I seem to know several Nicole/Nicholes. This was Clyde & Evie Kate's Nicole! :) {Random side note, she was born exactly 75 years after my Mema A!}

Laurien and I have visited a couple more places on our coffee tour...

Though our discipleship group usually meets at Julie's, I got to host our last meeting with some of my favorite girls in the whole wide world. Madison is the only one returning as the rest of the girls have graduated and are heading off to college. Though we were happy in the picture below, the evening ended up being very emotional. The girls each took turns sharing, and some of them had something to say to say to every girl/woman in the room. Just when we thought we had cried all of our tears, someone else would say something that would cause our eyes to leak again! It was good but exhausting at the same time. 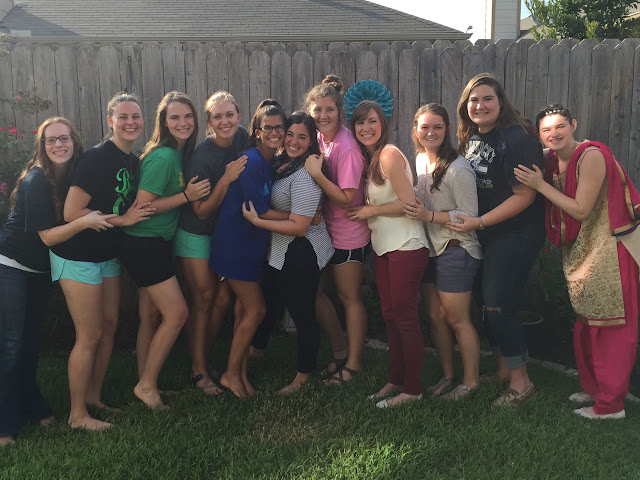 {I love these girls and will miss them all so much!} ♥
Our last Bowl Games of the summer was epic and American and consists of more than enough pictures for its own post!
Speaking of lasts, our last book club was this week. I don't even know if I've mentioned it, but I held a book club this summer. It was unofficially a women's ministry thing that was open to women from church but also encouraged as an opportunity to invite neighbors. One of my neighbors was also doing a book club, though, and I didn't want to pull any of my neighbors away from hers! So I didn't promote mine much around here and ended up with five or six ladies from church joining me each Tuesday evening. It turned out to be a really neat group of women! We read Bittersweet by Shauna Niequist, and I think it was a good book overall. It felt disjointed at times, as it was like a series of blog posts (sometimes related, sometime not) and not a succinct story. But the theme of the book was good and true. I won't do it justice by trying to condense it, so I'll just quote her:

Bittersweet is the idea that in all things there is both something broken and something beautiful, that there is a moment of lightness on even the darkest of nights, a shadow of hope in every heartbreak, and that rejoicing is no less rich even when it contains a splinter of sadness. It’s the practice of believing that we really do need both the bitter and the sweet, and that a life of nothing but sweetness rots both your teeth and your soul. Bitter is what makes us strong, what forces us to push through, what helps us earn the lines on our faces and the calluses on our hands. Sweet is nice enough, but bittersweet is beautiful, nuanced, full of depth and complexity.

I came home from work the other day and walked in on this... 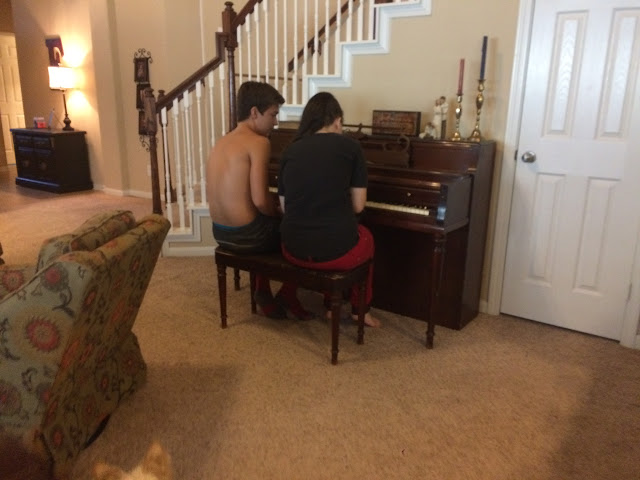 Though my kids are civil to each other, they aren't affectionate or anything. To see them sitting next to each other playing the piano made my heart happy!

Kim's family came over for dinner last night! Not only do I love them dearly because they are sincerely wonderful people, but they also took Kristin into their home as their daughter. And I think that's really great! Kristin has been gone all summer serving with Student Life, but she returned on Thursday and was able to come to dinner with the family. It was great to see her and hang out with everyone! We ate dinner and dessert (Dr Pepper Cake!) and played Bubble Talk. I failed to take a picture, but I (later) took a picture of a gift that Kristin brought me! 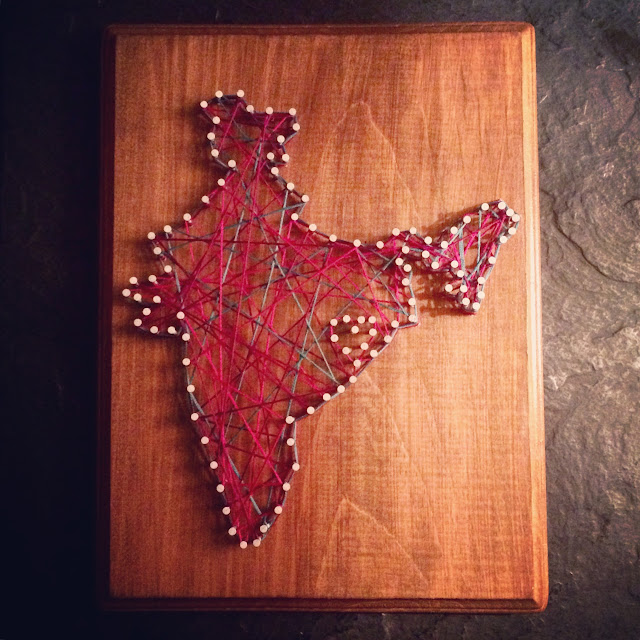 In case you didn't know, that's India! ♥ A friend of Kristin's made her one this summer, and she asked her friend to make one for me as well! It makes me smile! And I'm working on something where this will look super!

As for today's song...I've been really liking I Am They this summer, but I don't think I've posted any of their songs yet. What is wrong with me?! If you haven't heard them yet, you should definitely check them out! I plan on posting more, but until I do, you should listen to "We Are Yours", "Over & Over Again", "Make a Way",  "Awake My Love", and "Your Love is Mine" for starters...

I'm sure I have left a few things out, but I'll try to remember to write things down to share with y'all later! ♥

Zion said…
I complete relate to a jam packed summer that just feels like a blur. The book club sounds like such a great idea! I even considered reading that book. I appreciate your honest review of it. Good to know. Happy anniversary by the way!
August 13, 2015 at 10:49 AM