Well...back to school week has wrapped up, and this mama is exhausted! From getting up before the sun to getting home after it sets (at times), I'm ready for the upcoming long weekend when I can sleep in a couple of times!

In addition to a couple of chiropractor visits and a youth leaders' meeting, another thing that kept me out late was shopping for school supplies. How I miss the days of supply lists that were out well before school started! Those of you with children in secondary schools understand the struggle. For those of you without children in secondary schools, let me explain...Because each child had a different schedule, there's no way for schools to supply a list of what is needed. You have to wait until the kids go to school and get their lists from each teacher. Then you go to three or four stores that have been cleaned out of most of their school supplies (while they were on sale, I might add) and try to find exactly what you need. You might be able to find an item or two at the first store, then you move on to the next one and the next. Ultimately you end up spending $3 on a binder that would normally be $1.50, or you're simply unable to find the item that you need. Like graph paper...I can never find graph paper once school has started! I try to stock up on these items when I find them throughout the year, especially when I find them at a great price. But it never fails that I'll buy 10 packages of dividers when I finally find them, and then I only need two the next year. Ugh!

On a more positive note...Cody was able to run on Friday! 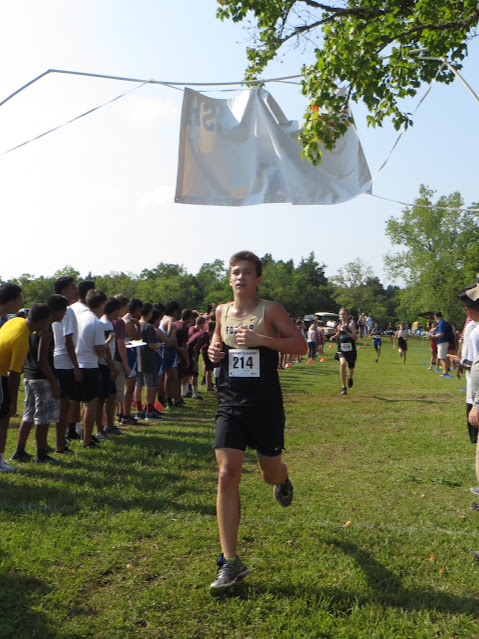 And he ran on varsity!! 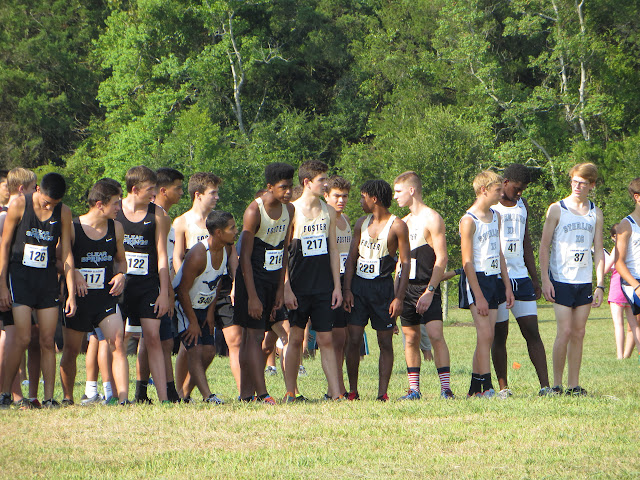 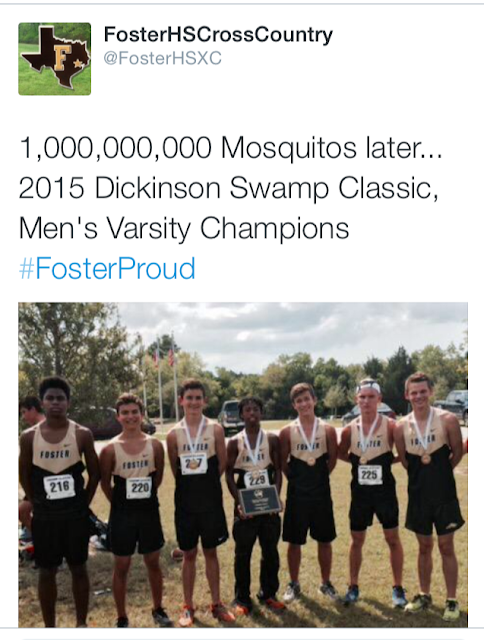 He placed 22nd out of around 100 (the top 30 medaled) and 4th out of the seven on his team, which is pretty legit for a freshman! 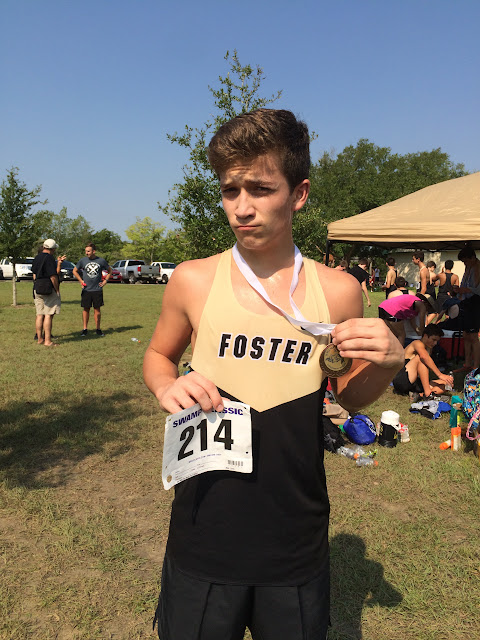 I'd say it was a pretty successful first high school meet! ü As mentioned in the team tweet above, there were a billion mosquitos, though! Seriously, it was awful! I hadn't been out of my car for five minutes & had received at least 30 bites {no exaggeration!} before Cody called to say that Coach K was asking if I could go to the store for bug spray. Gladly! The athletes have never been so happy to see me as when I showed up with these! 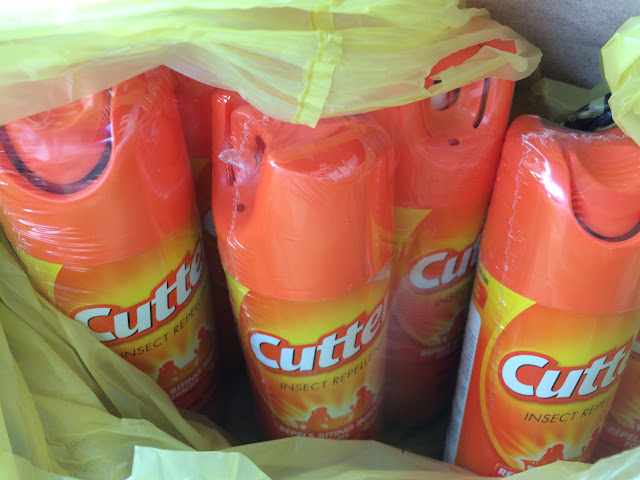 Anyways...I went to Lindsay's that afternoon and hung out with her, her little girls, and Laurien. I was able to sleep in a little on Saturday, which was super! Laurien came over to go over some songs for Sunday (more on that in a second), and she stayed for a lunch of delicious burger dogs! Elly found the recipe, and she & Chris made them...Yummy!! 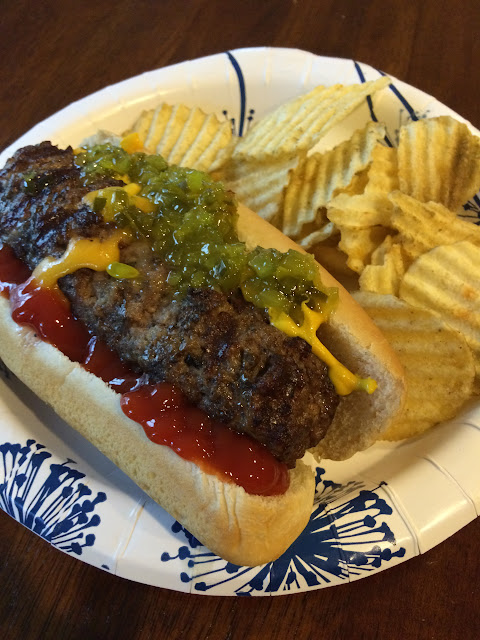 I got to lead worship with Laurien this morning! She and Sheridan usually lead worship at a church in Bryan/College Station once or twice a month. Since Sheridan was leading worship elsewhere this morning, Laurien asked me to fill in. I'm hoping I didn't mess things up badly enough that they won't be asked back! ;) 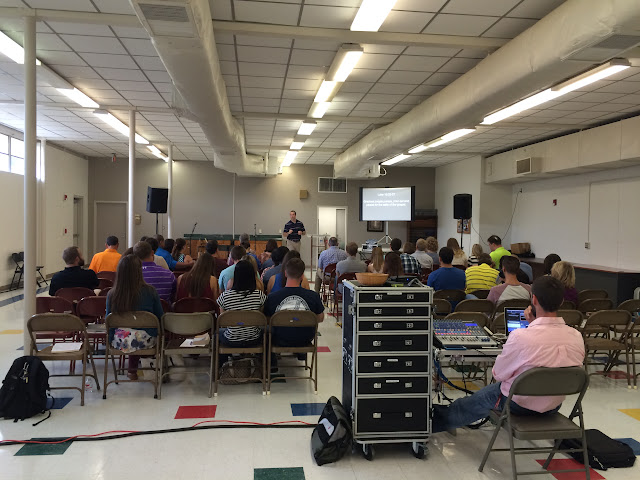 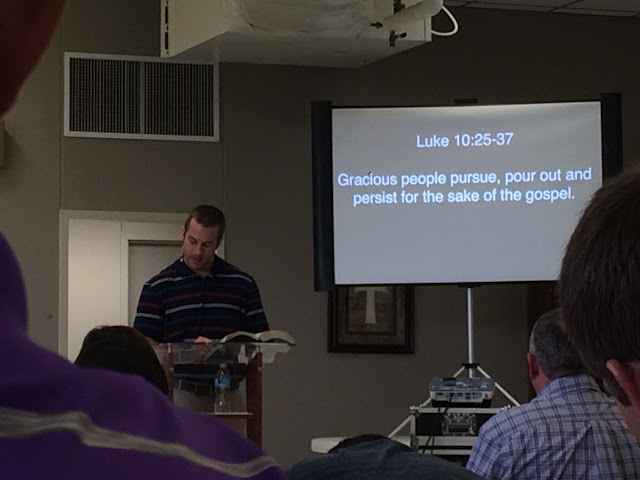 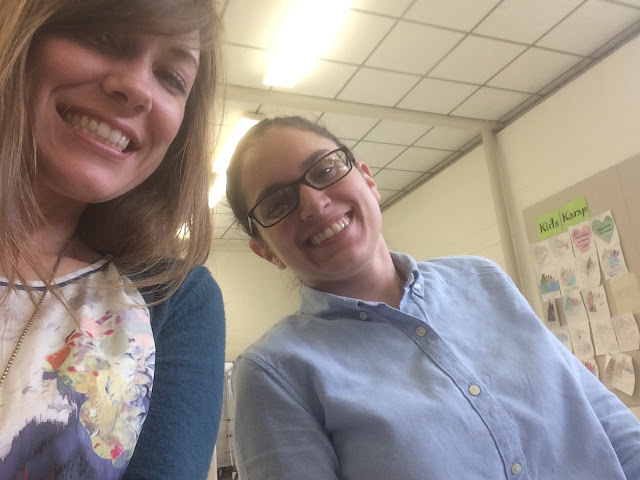 I met some nice people, and we heard some solid Biblical teaching based on the Good Samaritan story. We ate lunch at Chuy's, visited a furniture store that Laurien has always wanted to visit, and then stopped by Sweet Eugene's before we headed home.

And for today's song...as someone who struggles with perfectionism (as if I could ever attain it) and fights the tendency to operate under the illusion of my control, today's song really speaks to me. And because he can do a way better job of explaining the song than I can, this is what Mat had to say about it in an interview on Beliefnet:


This song, at its core, is my journey battling perfectionism and being in control. I am a micromanager and I love being involved in every detail of my life, but in the big picture you realize how little control you have. “Air I Breathe” is about those moments of surrender where you get to something that is bigger than you and you don’t have answers for it. You are kind of forced to wave your white flag and be like “Okay I can’t control this.” Sometimes those moments can be very freeing because they are humbling. You realize you have been holding onto something and trying to control it when there’s grace available for you that is bigger than your own control

I have faced and continue to face things that are bigger than me, and I don't know why I find it so hard to surrender to the only One who is perfectly in control. But I'm waving my white flag today. Is there something that you need to surrender? You don't have to tell me what it is, but let me know if I can be praying for you. And maybe you can pray for me, too?

RR Mama said…
Way to go Cody! Those burger dogs look so yummy, might have to try them. Glad you survived your first week back! I'm looking forward to the three day weekend.
September 3, 2015 at 8:56 AM

Zion said…
My yard may not be quite as bad as the track meet, but probably pretty close. The mosquitos love us and the feeling is not mutual. I should just buy "Off" by the gallon. Congrats to Cody! I can't wait to see how far he takes this talent. I still laugh about the irony of Butch's son being a track star.
September 16, 2015 at 1:32 PM