Things said by the four-year-old boy who stayed at my house this weekend... 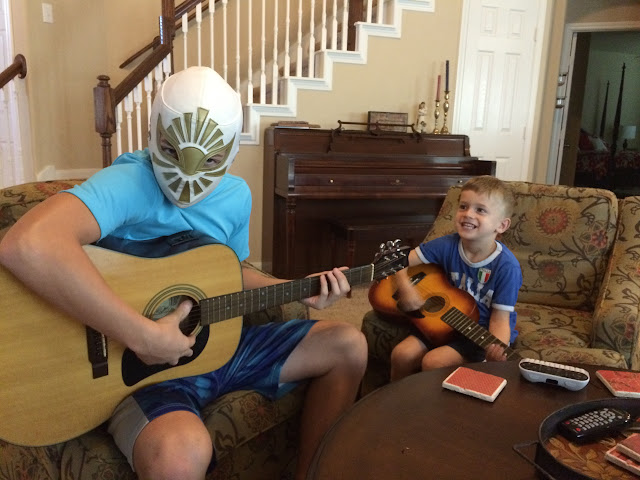 Trenton: Do you sleep with a nightlight?
Cody: No.
Trenton (in shock & disbelief): You don't even have a nightlight?!

After Chris explained something about the TV remote..."I think you're wrong, Miss Butch."

Trenton: Miss Amy, where am I sleeping tonight?
Me: In Cody's room, like you wanted.
Trenton: Oh good! 'Cuz he's my favorite person in the whole wide world!

After letting us know his mom doesn't let him have Sprite a lot... "I have a great idea for Sprite. Put some water and more water and more water, then a little bit of sugar and more water, like a lot more water, and there you go- Sprite! I can give it to my mom." He then explained the conversation they would have, which ended with her taking the drink, and acted out her drinking it. Then he burped. "All done!...Except for the burp!"
--

During a game of "peek-a-boo" with Elly, he looked at the shaved side of her head and said, "On that side...you look like a boy."
-- 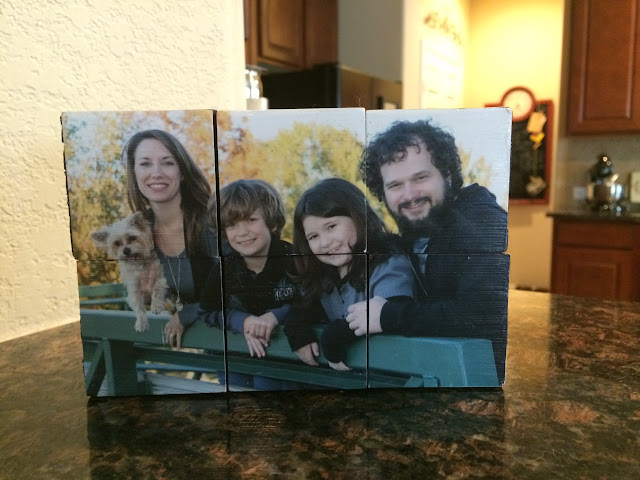 After asking if Cody was still sleeping..."I wish my superhero would wake up!"

In the middle of my conversation with Cody about how if he felt well enough to be gone all afternoon having fun with his friends, then he could not skip practice in the morning, Trenton said, "And you never got to spend time with me! Your best buddy!" He then walked away and said to himself (somewhat bitterly), "Well I guess you just had fun on your own."
--

On a related note, I have to share two brief stories that occurred at my friend Kyla's for her son's college send-off...

I had prepared Trenton's food and was sitting in the living room with a bunch of people for around five or ten minutes when he said, "Miss Amy, are there any drinks?" I totally forgot that he's too young to get that sort of thing on his own! As I quickly got up to remedy the situation, Elly sarcastically said, "Gosh, Mom, how did I survive?"

And later on, we were enjoying conversation with our friends. The sun had gone down, so we were just relaxing outside and reminiscing as if we didn't have a care in the world...when I realized that it was getting late for a four-year-old to be out. I hurriedly went inside to tell Kyla that we needed to go and said, "I keep forgetting that I have a four-year-old!" Her parents and in-laws (from out of town) turned toward me a bit confused, and I realized how irresponsible I had sounded! I quickly added, "Temporarily! I have my friend's four-year-old for the weekend..."

All that is to say that I think I've adjusted a little too well to the fact that my kids are independent! But Cody's little best buddy managed to survive the weekend! ü

Zion said…
I remember that photo of the bridge and I don't remember the kids being that young or that it was that long ago! It just doesn't seem right. I think it's funny that YOU were the one he thought had funny hair. I love four, it is just the cutest age.
September 16, 2015 at 1:50 PM