Our river reaching an historic crest (4.5 feet higher than ever recorded) has taken up a lot of my thoughts and prayers over the past week or so. I am far enough from the river that it didn't affect my neighborhood, but many of our friends were not so fortunate. We have several friends whose homes didn't flood, but their neighborhoods did. There were boats scheduled at various times of the day to take people to the convenience store and such. The kids' school was closed on what was to be their last week (along with the junior high, middle school, and three elementary schools). They don't have to make up the days, and they have the choice to exempt all of their finals if they want. That is probably the only upside for those who have been greatly affected. 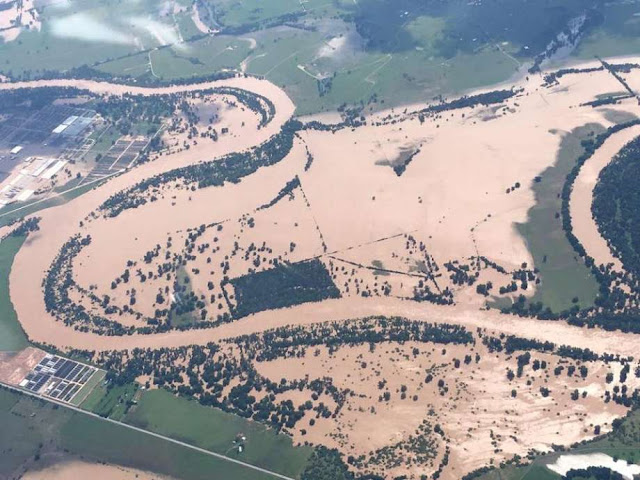 As you would expect with said flooding, there has been quite a bit of rain in our area. I have been to four track meets since I last posted, and three of them were affected by the weather... two lightning delays at one, two rain delays at another, and another was cancelled about a lap and a half before Cody's 1500... 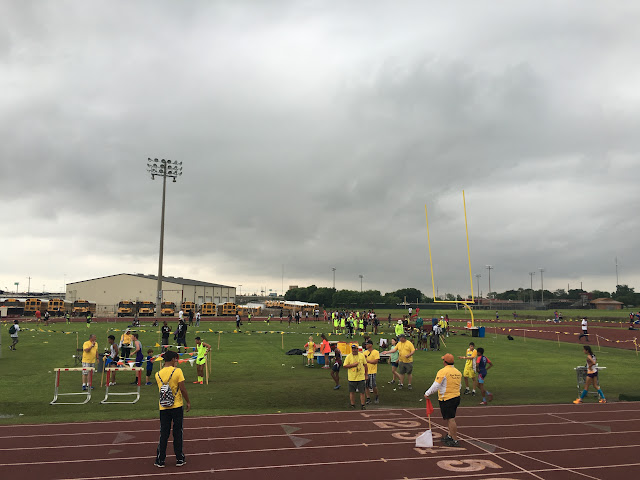 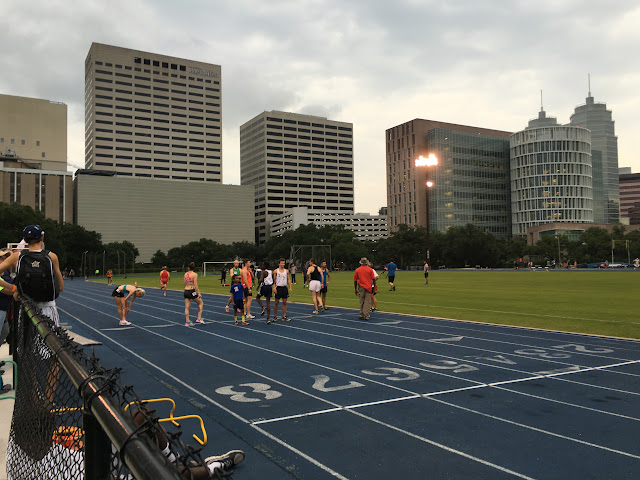 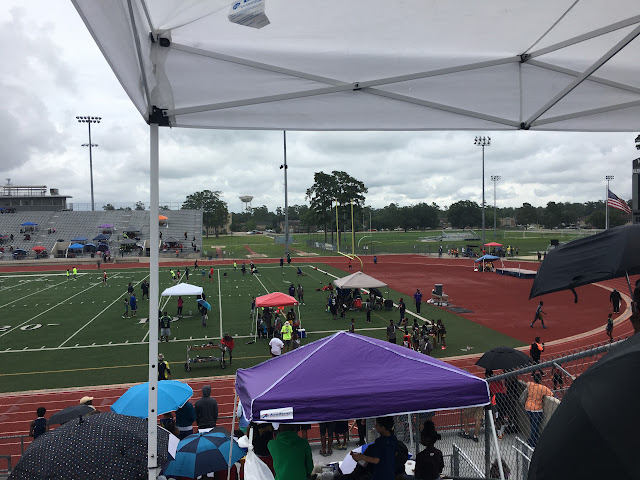 Cody & his teammates won 1st place in the 4x800 at a meet again and 2nd place at another! He finished 4th in the 1500 at two meets. He has also run the 400 at a couple of meets, and he ran them in 60 seconds both times (which was a few seconds faster than the coach told him to aim for)! 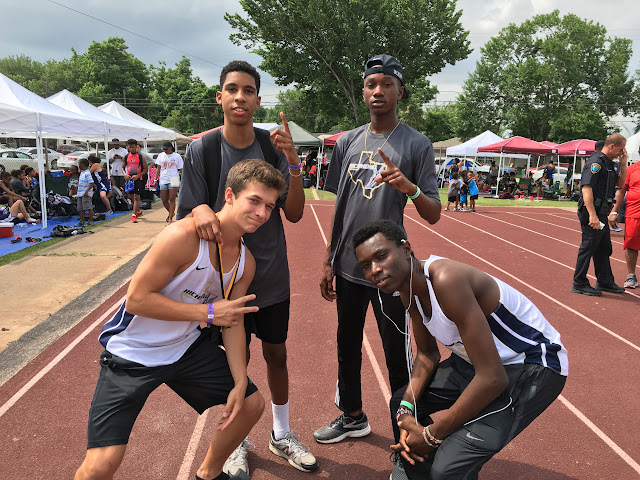 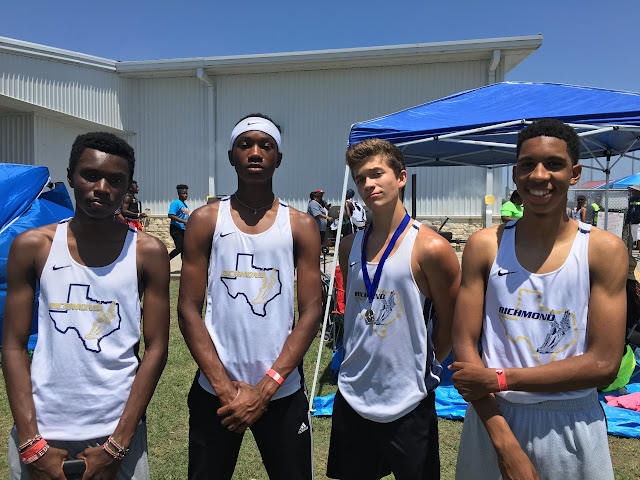 We did a a little staff team-building a couple of weeks ago! We went bowling and ate yummy pizza. The team averages ended up being pretty close (maybe 12 points between best and worst). 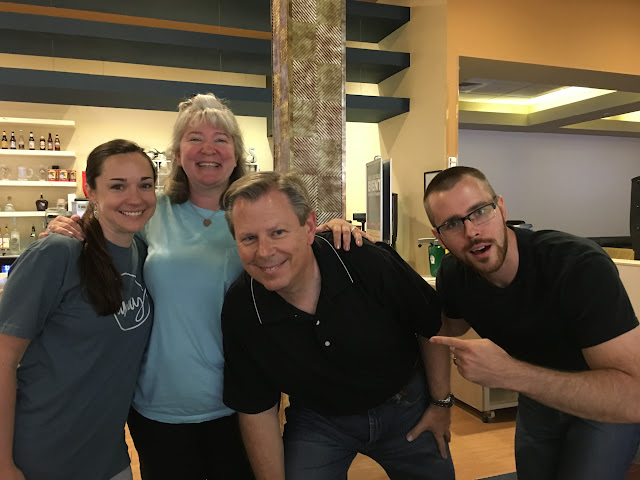 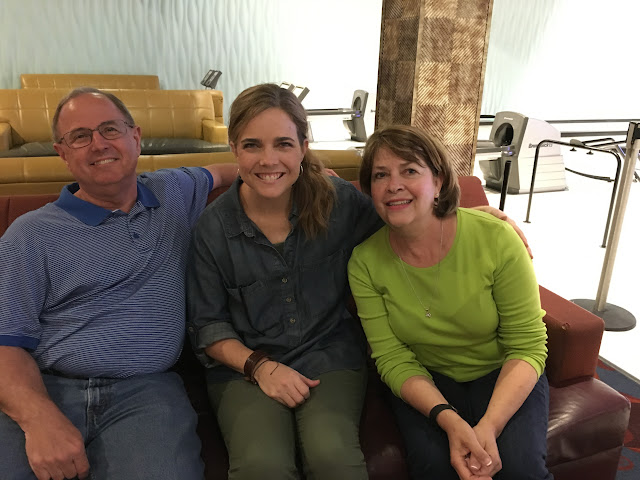 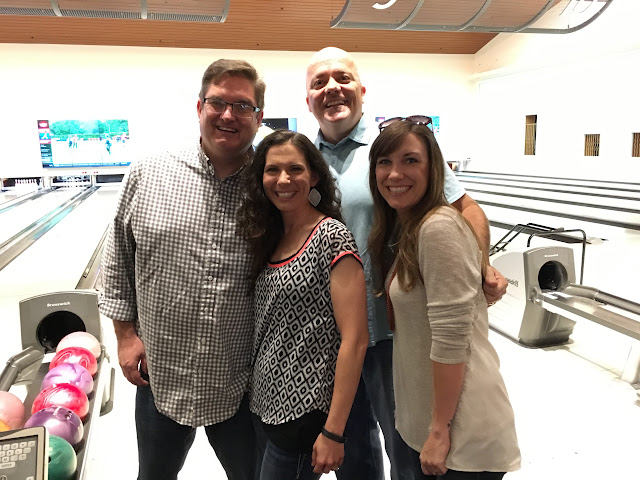 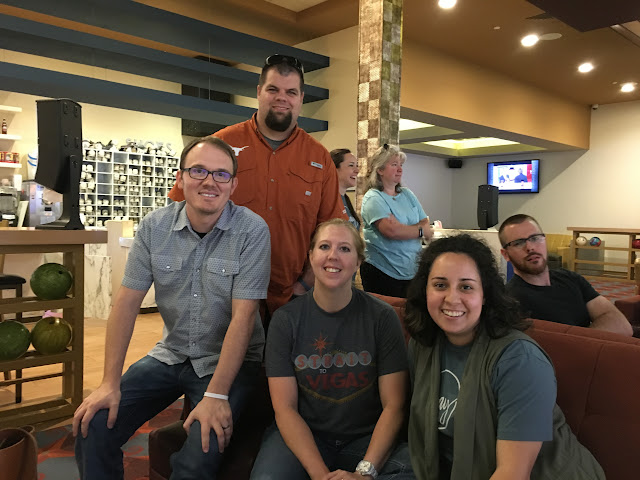 The Spring Athletic Banquet and the Academic Awards Assembly were both held a few weeks ago. I was a failure when it came to pictures, though there really wasn't much of a photo opportunity at the banquet. Cody won the award for Graphics Design, which we were surprised to discover at the assembly! 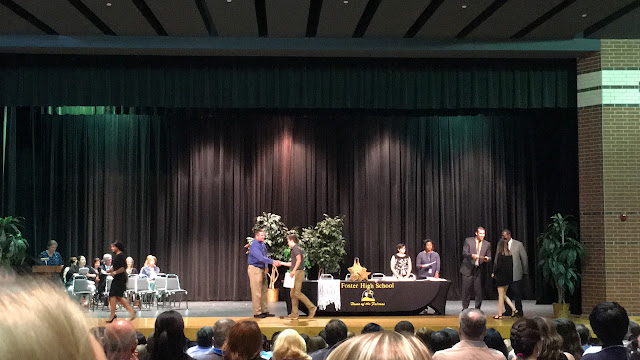 I spent the evening of what was supposed to be the last day of school at Cody's friend Erin's house. She always has a pool party on the last day of school, and he has attended the past three or four years. We were originally supposed to pick the kids up between four and five, so I got there in time for that. A few of the kids did leave around that time, but Annette said they were welcome to stay longer. We ended up staying until after 10:00! It was fun, though. They swam, put makeup on the boys(!), rode around in a golf cart, ate hot dogs, and built a fire (to earn their mancards back!) while I visited with Annette (and later, Blake's dad). It turns out that the remaining two girls live in my neighborhood, so I drove them home. I'm sure there were better pictures taken that day, but I mainly took pictures during the makeup session. This is the least embarrassing one for the boys! 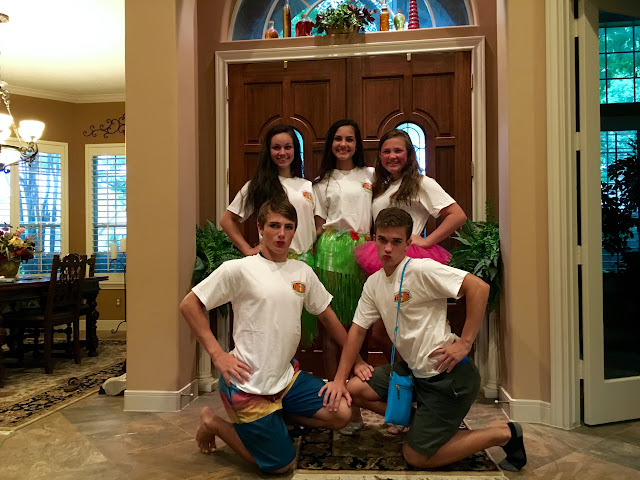 Laurien and I colored Elly's hair! She had been wanting to color the tips, so we went and got the stuff on the evening of Memorial Day. We had to bleach it a couple of times first. It wasn't quite as light as it needed to be in order to hold the color super well, but we didn't want to damage it anymore. We had never done this sort of thing before, so Mallory coached us through it via text! It was supposed to be a brighter blue, but for now it's a pretty green: 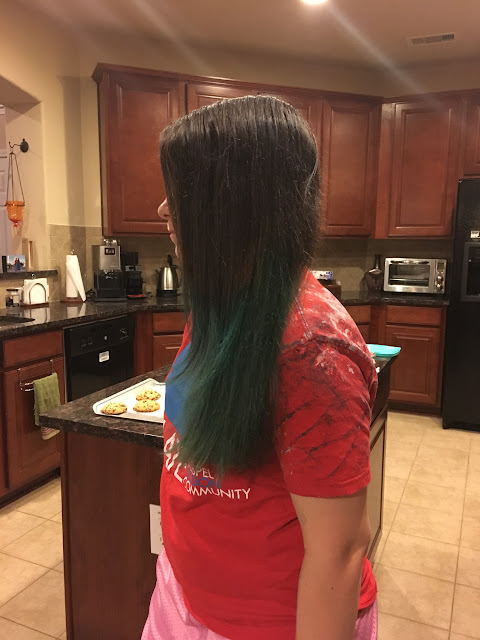 Other events not pictured include: a graduation party, a crawfish boil, coffee with Mal (to discuss Disney!), a shattered iPhone screen (this story may be good enough for my MISseries), a day with Beek (this is a post of its own!), a youth event (that I've decided will be a post as well), and Memorial Day with Amy's family, Kim's family, and Laurien! I may be forgetting a few things, but if there's anything important enough to share, I'll tell y'all about it another time.

Beek visited the United States for a couple of weeks!! As disappointed as I was to not be able to go to India this year, seeing him partially made up for it! 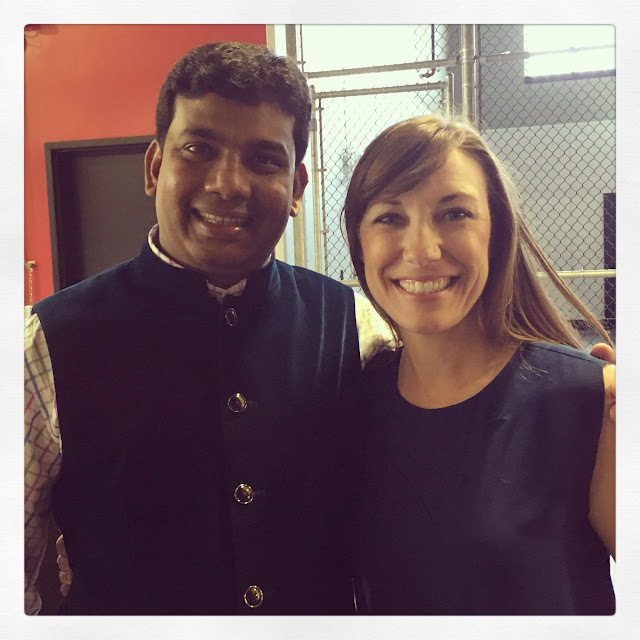 Sadly, Kristin missed him by four days. She has left for camp again this summer but came back for a wedding this weekend. She didn't have a lot of free time, but we met up for a few minutes on her way to the rehearsal! 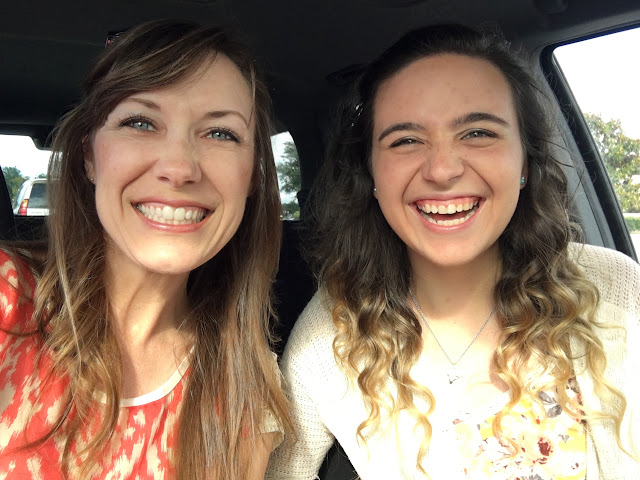 As for the song, it's the latest release from NTB's upcoming album. I probably should've saved it for when I want to tell y'all about a great night, but I figure I had several great nights over the past few week! Plus I can always post it again! ü