OK y'all...if you know me at all, then you're well aware that Needtobreathe & Gungor came out with new albums on the same day, and I was super excited about that! It was seriously the best CD release day ever! My only problem was deciding who to listen to. Fortunately, I didn't have to make the choice for myself. NTB emailed me the link to download their album first, so I was able to listen to it while taking the kids to school & on the way to/from Bible study. I got the Gungor link at lunch & had the opportunity to listen to it while I drove to/from Houston that afternoon. After that is when I didn't know what to do, but I have brilliant friends who helped me with my dilemma: I made a playlist that only had the two new albums, and I put it on Shuffle. :)

Of course I have lots of favorites ~ especially on the Needtobreathe album. Nothing against Gungor ~ it's just that NTB is one of my all-time favorite bands, & I like their sound better. Anyways, there was a little scrobbling problem once again, so I'm having to guess at today's song. {I know. Y'all are losing all confidence in my ability to provide an accurate song on Saturdays. Please don't be disappointed in me! It's really not my fault!} I've already posted "Drive All Night", so that couldn't be today's song. There's another one that I'm a little partial to because my friend Natalie's brother (who played bass for Seabird) recorded it, but that's not today's song, either. So that left three or four other songs. I'm not going to tell you what they are, because one of them may be next week's song. If you've listened to Gungor & know me at all, you probably know which one of theirs is my favorite. {Yes, that's a challenge! Can you guess it?} So anyways...I had to have a song for today, but not all of the songs are available yet ~ so I picked "Slumber" partly because there's an official video to post. The video has a lot of haters, though. I didn't really get it at first, and I'm not entirely sure I get it now. But I don't really care. If you don't like it, you should totally check out this live video of the song. {My favorite part is right around the 2:15 mark ♥} I've heard there's a radio edit ~ the album says "baby", but they change it to "come on" for Christian radio. I don't know. Anyways, Bear has this to say about today's song, "Beauty is all around you. You just can't see it because of the funk you're in." I can relate. And I want to focus on the beauty.

Now for the crazy weird stuff...there are some similar themes in a few of the songs on both albums. Gungor's is a concept album and NTB's isn't. And the bands are nothing alike. I would've thought the two albums would be completely different, but that's not the case. Not that you asked, but here are a few of the similarities:

On to other randomness...Christopher always tells me that ads are geared toward a 30-something housewife named Amy, & I tell him he's crazy. Then we'll see a commercial that fits that description to a "T" (even down to the name), & I'll just shake my head ('cuz admitting that he's right is not on my list of favorite things to do). Well he went to a meeting for small business owners the other day, & he brought home a goodie bag full of exciting stuff:
{This is NOT a paid advertisement for Allstate} 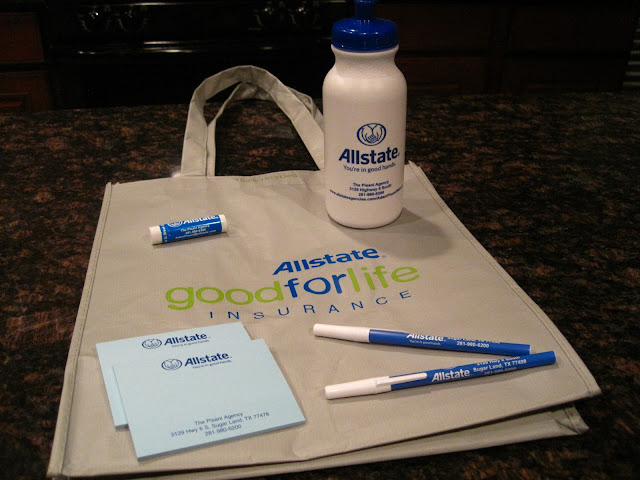 Umm...who loves everything in this picture?! When I saw it I said, "This is like a dream come true!!" Seriously, people. I've mentioned all but the reusable bag & water bottle in my thankful posts already {why haven't I mentioned them yet?! I think I have two for next week already...} But I took pictures of some of them for my Earth Day post, & I use them every day! :)

Am I weird that I love the fact that the sight of this stack of books makes my girl happy?! 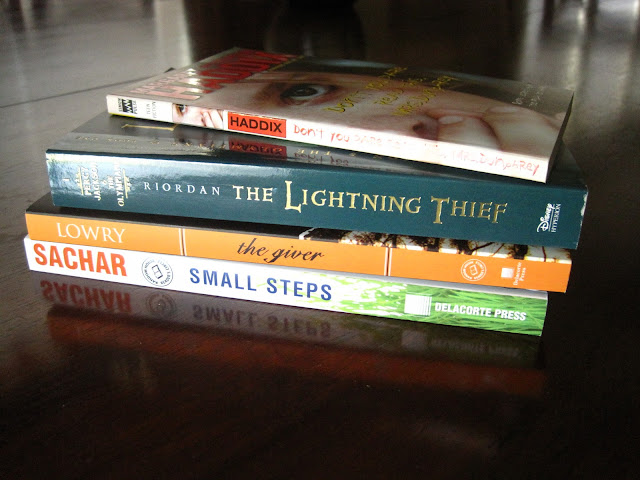 Have I mentioned that I love to read? Just about the only thing that Elizabeth gets from me is her love for reading. Oh, and apparently her ability to ramble...If we aren't fb friends, then you didn't see my status the other morning. So in case you missed it, this is what it said:


Elly was talking non-stop while I was making the kids' lunches. Cody had been trying to say something, & I finally had to tell her to pause for a minute. When Cody finally got to talk, he said, "She is undeniably your daughter. She can talk forever!"

A lot of people "liked" the comment. I haven't figured out if it was because they thought it was funny or they agreed with the statement. So I'm not sure if I should smile or be offended... ü

Moving right along...I saw this tag inside my wristlet the other day, and it made me laugh: 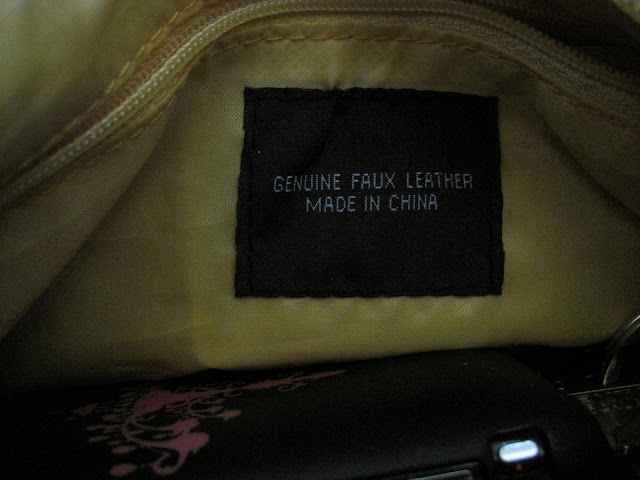 My kids were laying down together yesterday. So as all moms should, I took pictures as evidence that they love each other. Or as Elizabeth used to say, "Look mom, we're lovin' our chother!" {She misheard "each other" as "ea chother" & would say things like the sentence I just wrote or, "Those kids are playing with their chother." I think she was 6 or 7 when I finally told her that chother wasn't a word!} Anyways, here they are now: 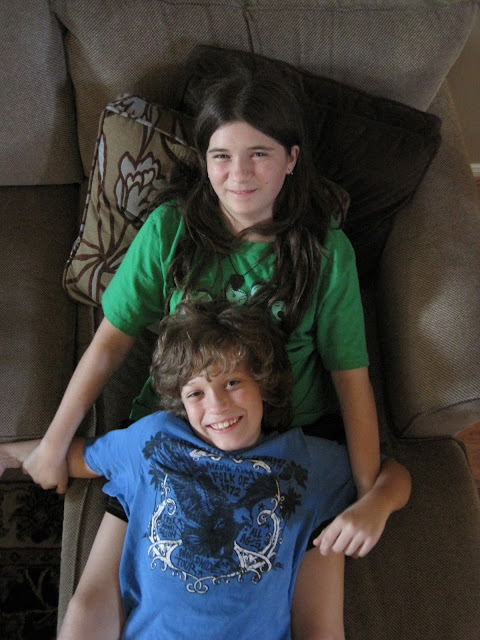 And in case you haven't seen how cute they were when they were little, here they were back in the day: 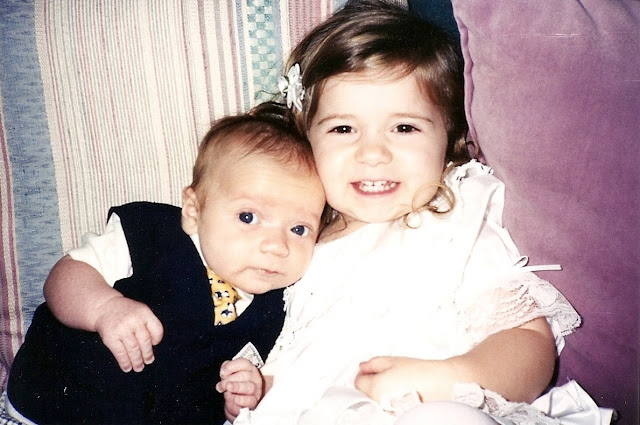 Alrighty, I better grab some lunch before I go see my baby brother. I had a prison vending machine lunch last week, and that is so not healthy. You really should eat more than Cheetos & Peanut M&M's (or Chex & Twix). Just sayin'...

I hope y'all have a super great weekend!!!

does it make me a Christian radio listener that "A Girl Named Tennessee" is one of my favorite NTB songs? It makes for a great treadmill run.
September 26, 2011 at 1:25 PM