"Total Eclipse of the Moon"

My science-lovin' son was quite excited about the Total Lunar Eclipse, and he set his alarm for 12:30am in order to see it. 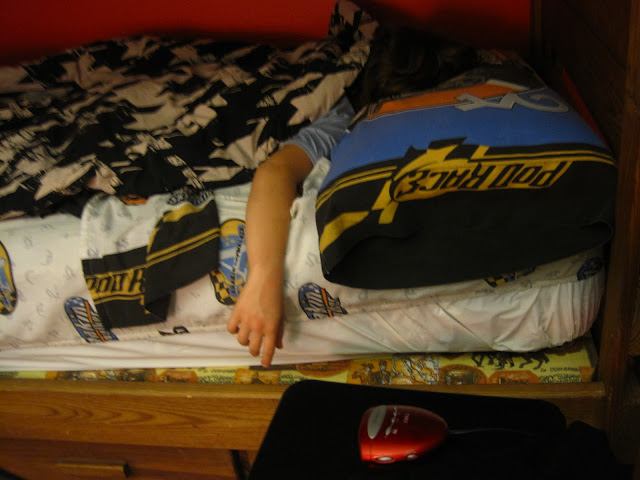 He also set out a camp chair & blanket to endure the entire length of the full eclipse. 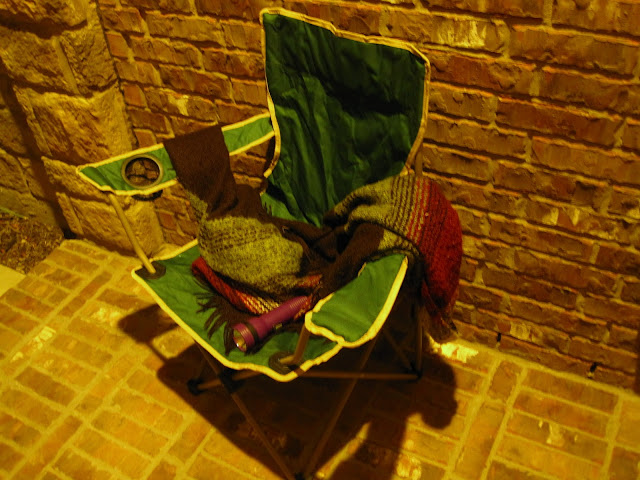 The problem is the fact that my son is pretty much impossible to wake up in the middle of the night. And still be coherent &/or rational. {I don't know if I've ever mentioned that, but I have enough stories for an entire post, or maybe even a series!} So, he didn't even hear his alarm. My mister tried to wake him up, but he insisted that it wasn't time!

So, my mister took the camera outside & discovered what the newscasters had been warning: it was too stinkin' cloudy to get a good look at it. 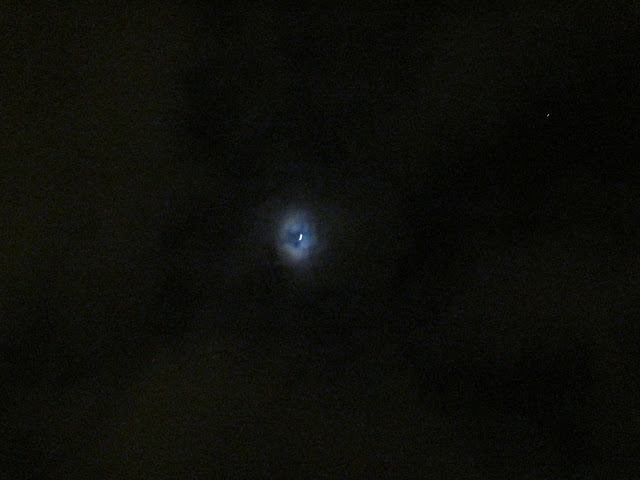 But a mama doesn't let her little science olympian down. When I found out that Cody hadn't woken up, I decided to take a look for myself. We couldn't see it from the back yard, so I went to the front. After gazing at the cloudy sky for a few minutes, I was finally able to tell where the moon actually was. I grabbed the camera & lay down on the driveway to wait for the clouds to part enough to actually see the partial eclipse. 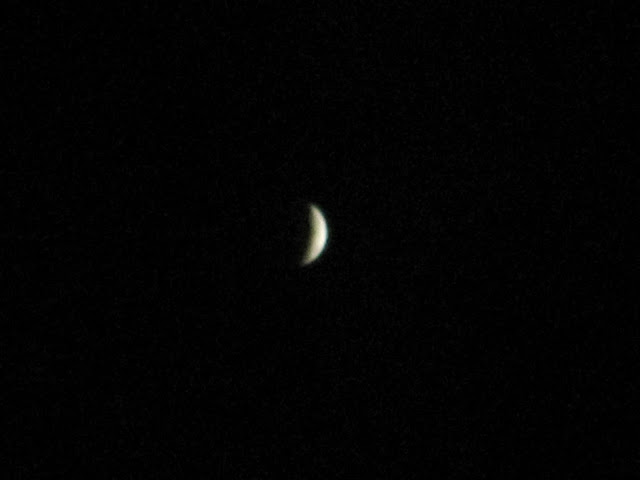 Then I decided to try one more time to wake the boy up, because I knew he would be disappointed to have missed it. Amazingly, he actually got up! We lay down beside each other & stared at the clouds for about a minute before he grabbed the blanket he had set out! Then, he curled up against me and started falling back to sleep! 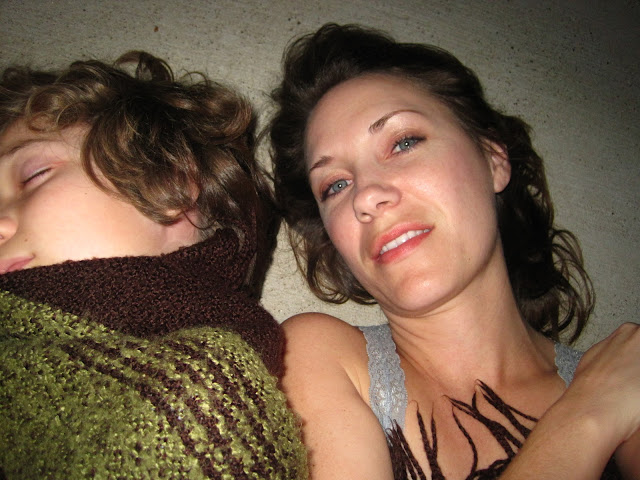 I bothered him by taking the pictures, and he asked several times if he had to stay outside. So, after taking video evidence that he was completely too oblivious to stay out there & actually remember anything...

...we aborted our mission to see the total eclipse. If I had waited about 10 minutes to wake him up, and the clouds would've cooperated, we could have seen it. But he still wouldn't have remembered it!

As I predicted, this morning he thought he had missed it entirely. He had absolutely no recollection of ever being outside at 1-something this morning! He was sad, but then he tried to convince himself & me that a total lunar eclipse smack-dab on the day of the winter solstice is no big deal!

My friend Diane from high school got some pictures that she said I could share on here. She had forgotten the attachment for her tripod, but I still think they're absolutely amazing! 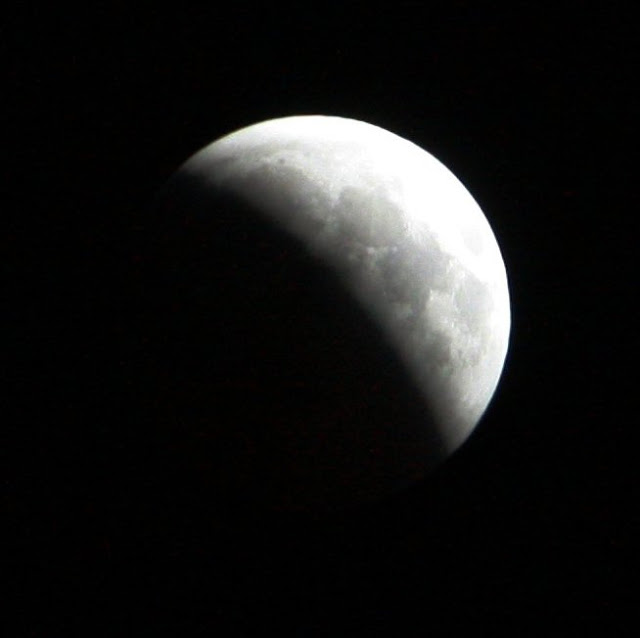 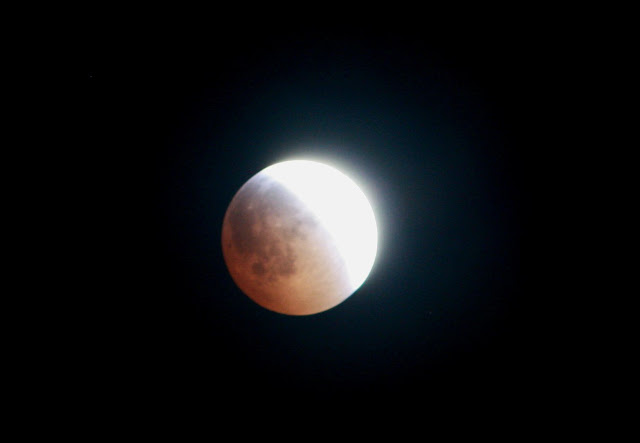 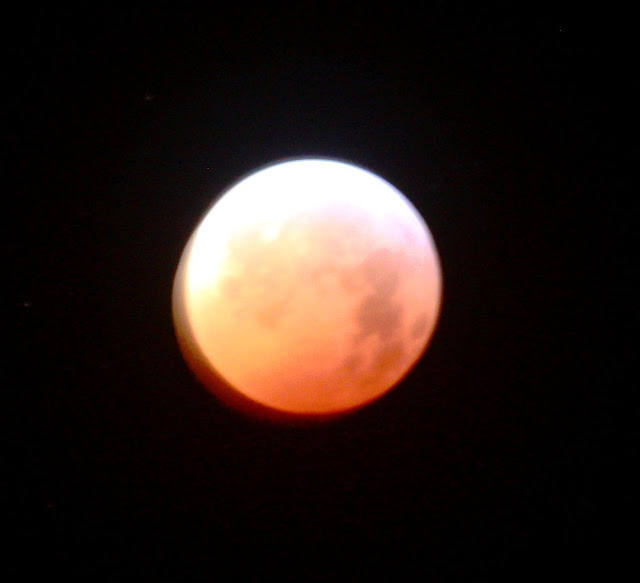