"All I Want for Christmas"

I'm sorry to be so late with my Christmas post! We left town earlier than normal on Christmas day, so I didn't even have time to upload photos ~ much less blog about it! We are back from our whirlwind "North Texas Tour", and we had such a great time! First, though, I'll post some pictures from Christmas morning... 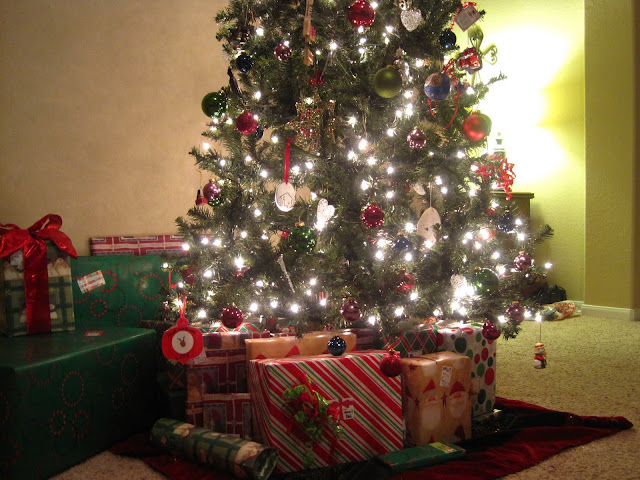 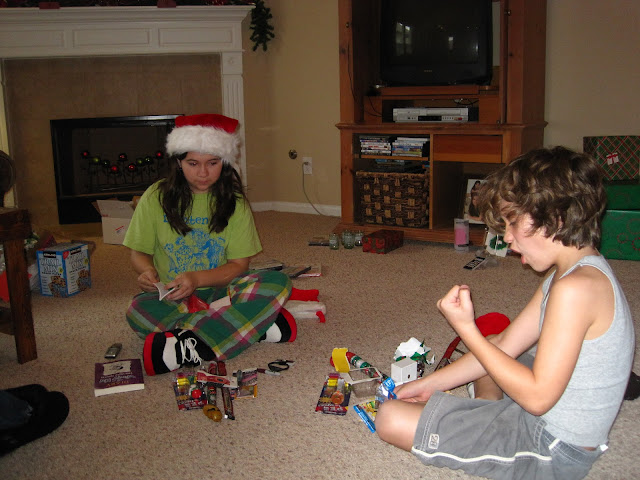 The kids are so cute about what they get for us & for each other. They usually know exactly what they want to get for everyone, & they're always so excited to see the looks on our faces when we open our gifts from them. 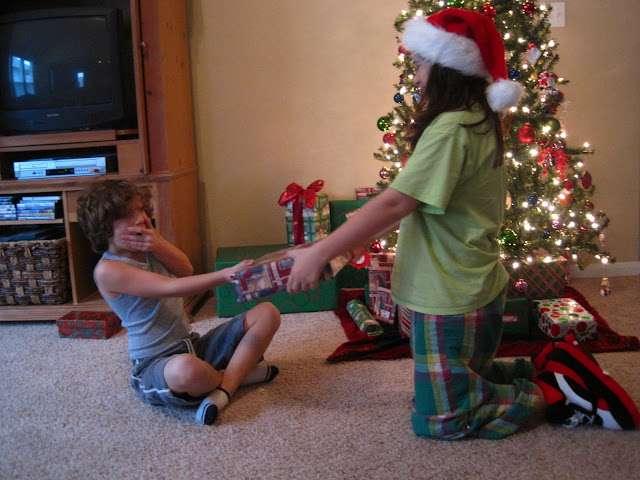 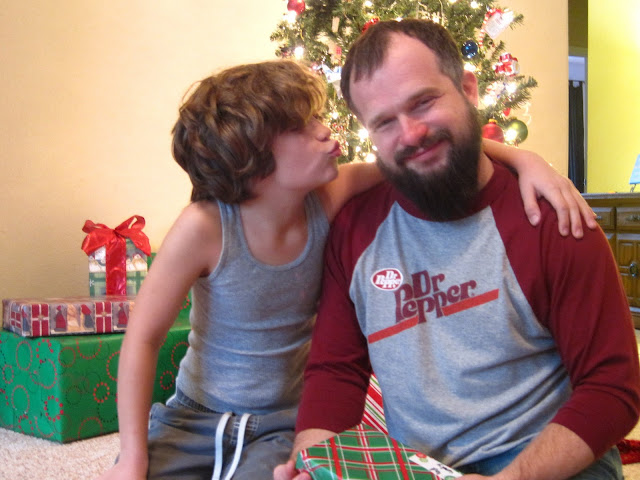 My family completely spoiled me by getting just about everything on my list! 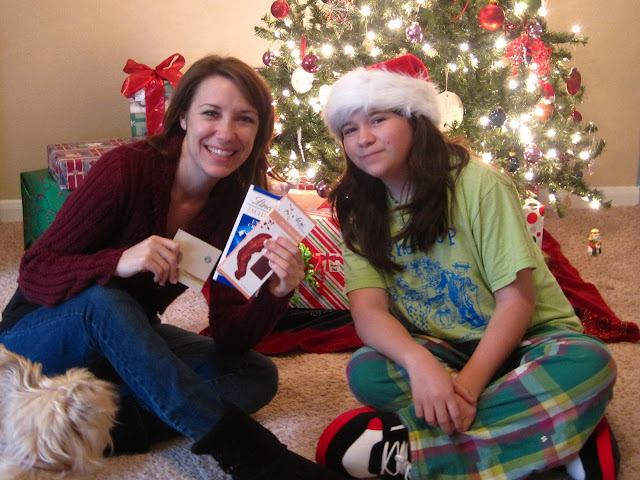 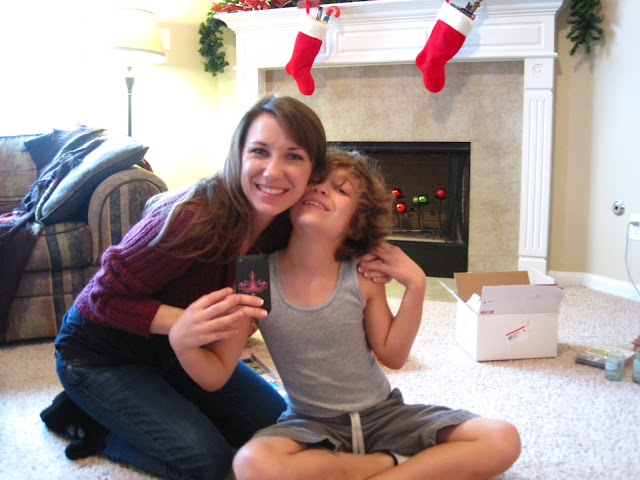 Pepper LOVES Christmas! After she "opened" her gifts & realized that awesome things could be inside the packages, she kept trying to help us open ours! It was too cute!! 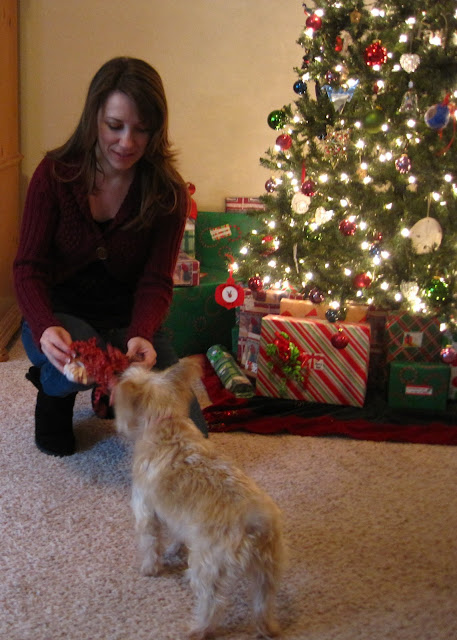 This is how Cody opened every gift! He wanted to be surprised & not accidentally see what his present was before it was completely opened! ;) 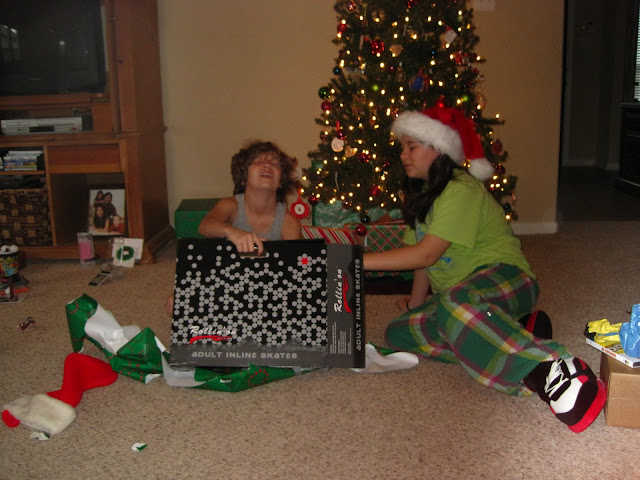 Ladybug's favorite gift was a cell phone! And the texting begins... 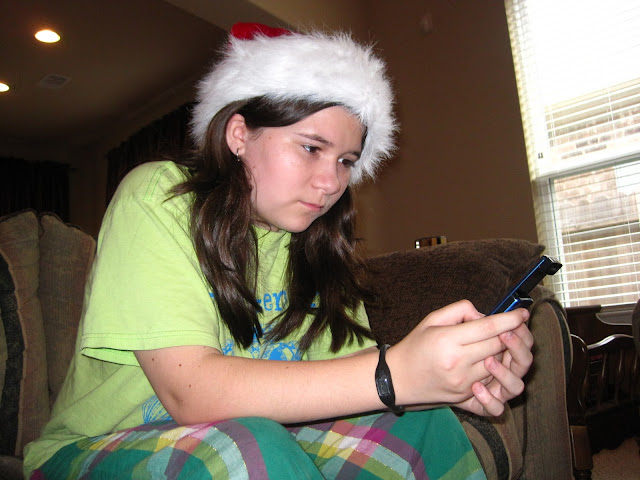 {By Monday, she had already sent/received over 125 texts & decided she was willing to pay the extra $15/month for unlimited texting!}

We drove up to my mister's uncle's house on Christmas day. This was the first time we had seen Tiffany & the twins in several years. & even though we saw "Little Darren" last year, it was crazy to se how much he has grown! I got this pic of Uncle Darren's kids {we missed you, Dana!}: 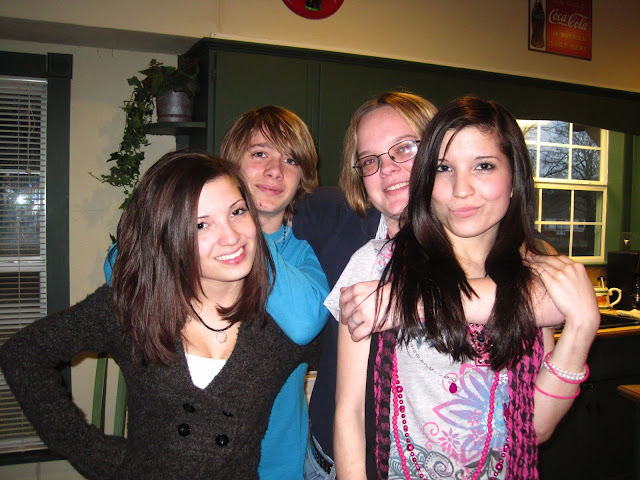 I don't know if I mentioned this before, but Danielle & Desiree lived with my mister's family for almost 6 years (before his mom passed away). I met them as his sisters when they were 4, and now they're 20! It's crazy how quickly they've grown up become adults! {hee hee hee! They're smaller than my 12-year-old! Too cute!!} 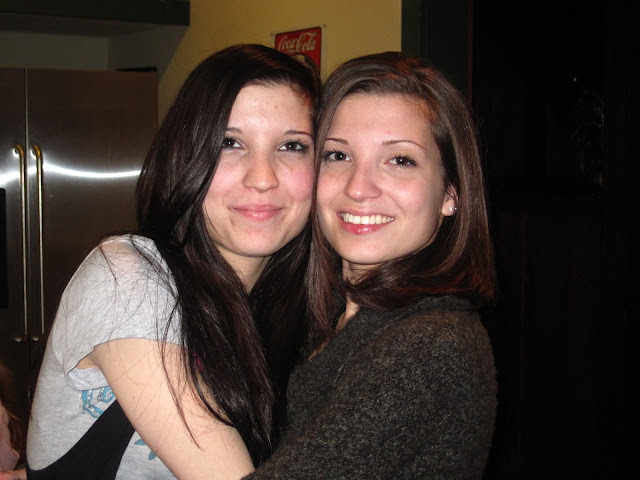 The day after Christmas, we drove out to Venus [the town, not the planet] to see my mister's dad. His grandma surprised us by showing up there with her husband! Speaking of growing up, the kids' Uncle Alex grew up a lot this past year, too! 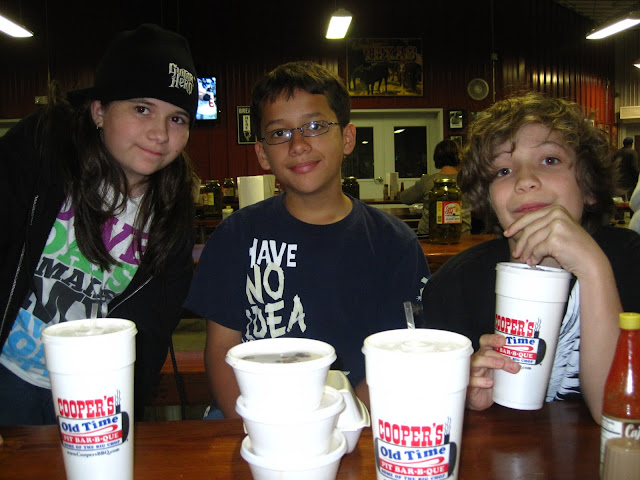 From there, we went to see Kendra's family. I have no idea why I didn't get the camera out while we were there. Elly took some pictures of their dogs on her phone, but you probably don't care to see those! {We totally should have gotten video footage of when we introduced Pepper to Simeon & Buster! Let's just say it didn't go well. She's such a scaredy cat. I wish we had socialized her as a puppy!} Anyways, we had a great but way too short visit with them. My cousin Kirby showed us the engagement ring he recently bought! {He proposed to beautiful Catherine last night!! Congrats!} Before we left town, we spent a couple of hours with Grandmommy {yes, I'm 35 & still call her that!} at the nursing home. She was doing SO good! She seems quite happy, and I'm glad to see her at peace about being there.

We made one last stop at the lake on our way home. Once again, I didn't bring the camera out. {What's wrong with me?!} We enjoyed our visit with Dan & Sheryl, as usual! Their kids & grandkids had been over on Sunday, so we didn't get to see any of them this time. It was good catching up with them, though, and we learned a new card game!!

Well, that about wraps it up! We are home & attempting to get back in the groove of things! I hope y'all had a super great Christmas!!

Zion said…
I understand not getting the camera out. Sometimes you just have to enjoy the moment. I take this into consideration a lot.
December 30, 2010 at 11:24 AM