"Merry Christmas, Here's to Many More"

We had a super fun weekend! Friday night was our church's annual hayride & cookout. We enjoyed hanging out with our friends & looking at Christmas lights! It was super cold for us Texans, though. I was glad we brought blankets! There's one house that goes all out with loads of Disney stuff every year. After the hayride, I took the kids back over there. It's one of those houses where you actually get out of your car & walk around, because there's so much to see. There are about 6 or 8 different "scenes", and several of them have sound effects & such. The new thing this year was a "Despicable Me" scene. 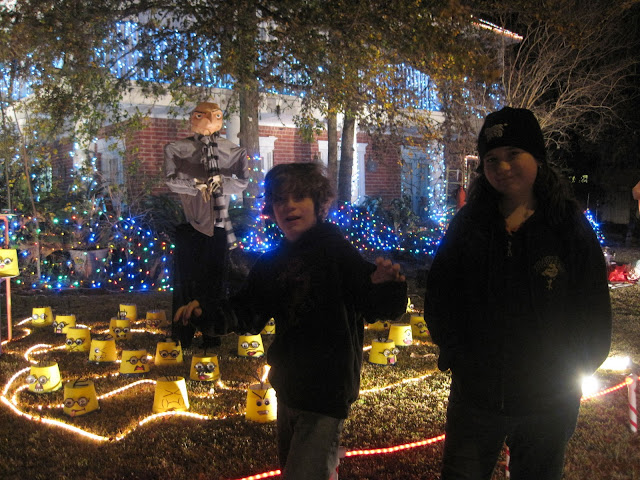 On Saturday, we went to a Christmas party given by one of my mister's former co-worker's. We had yummy food & met a lot of people. I made a little boy cry, but I think that story calls for a MIS-series post.

Sunday night was our Community Group Christmas Party! It was so much fun! We did a Progressive Dinner that started with appetizers at Brian & Jana's, dinner at Dave & Deidre's, then ended with dessert & gifts at our house. The ladies exchanged real gifts. Jana opened this great gift of homemade Vanilla Sugar body scrub & a beautiful BeadForLife necklace... 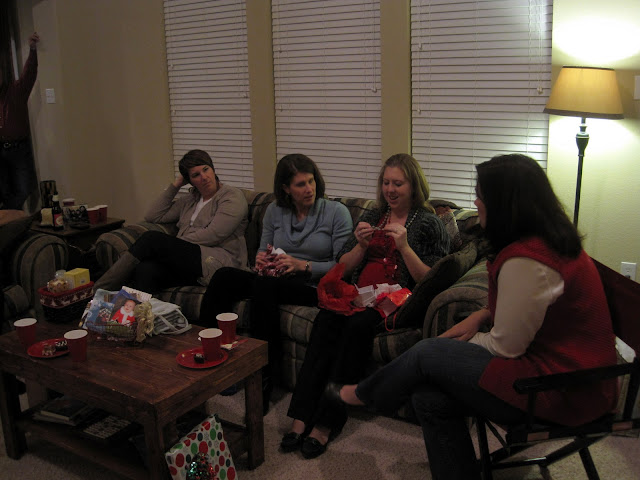 ...that I got to steal, since my gifts kept getting stolen :) 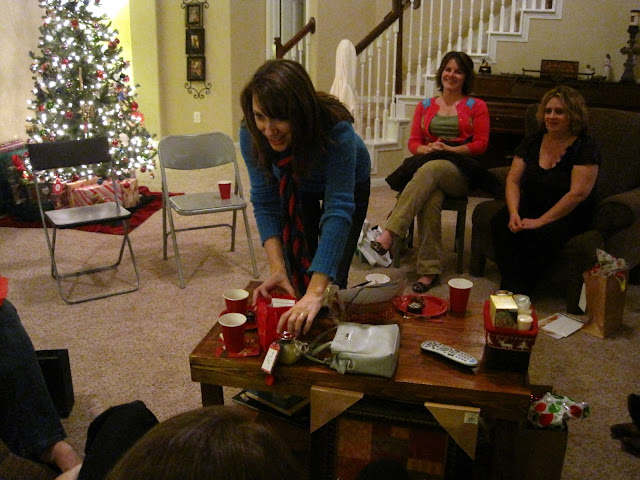 The guys exchanged White Elephant [gag] gifts ~ which is always funny! My mister had originally stolen some Marine fatigues & MREs, but they got stolen from him. So he was eying a quiver that Aaron had opened... 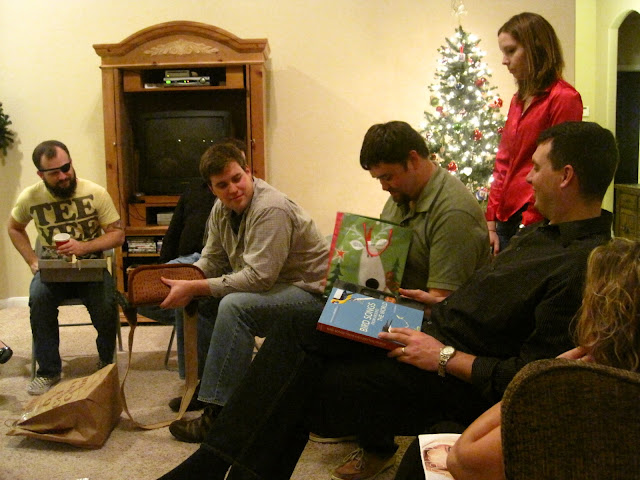 I've never seen a real one. It pretty much looks like a "murse", huh? Well, when he got the chance, my mister stole it & promptly put it on. Nice! 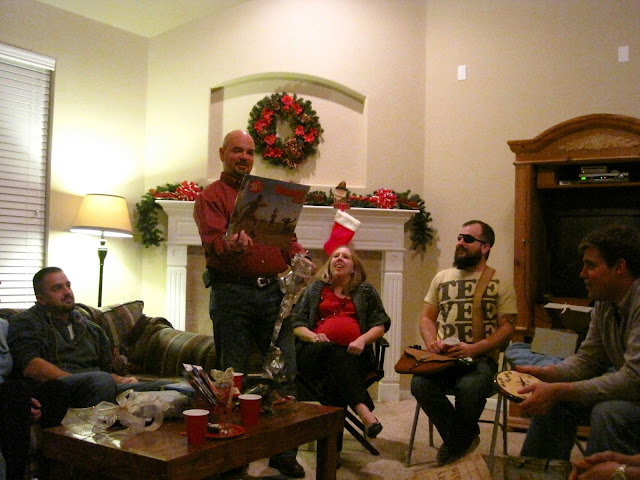 I have no idea what he plans to do with it {other than re-gift it next year!} We had a good time, though! It was a great weekend! How was yours?

RR Mama said…
I have always wanted to do one of those progressive dinners. They sound like so much fun!
December 20, 2010 at 3:38 PM