I had a super great week! My brother went with me to visit my baby brother last time. When we were checking in, Aaron's boss walked through. I asked her if she had met our older brother before (she hadn't), and she looked at us real closely and said, "Y'all look real close in age. How far apart are y'all? 15 months?" Umm...how did she do that?! Anyways, they just happened to be taking pictures that day, and Kerry had enough money in his car to buy one! This is only the second time we've been to see him together, and the other time was for Bible study. So this is the first time we've been able to get a picture of the three of us. We'll have to take a little road trip to see Ivar when he gets out! I'm pretty sure the four of us haven't been together since the Christmas after their mom left {15 years ago?} or taken a picture since Kerry & I were in high school {we won't mention just how long ago that was, but let's just say that Aaron is small enough for me to hold him in our last photo of the four of us together!} Wow, I'm rambling already! Here's the picture, and I'll move on... 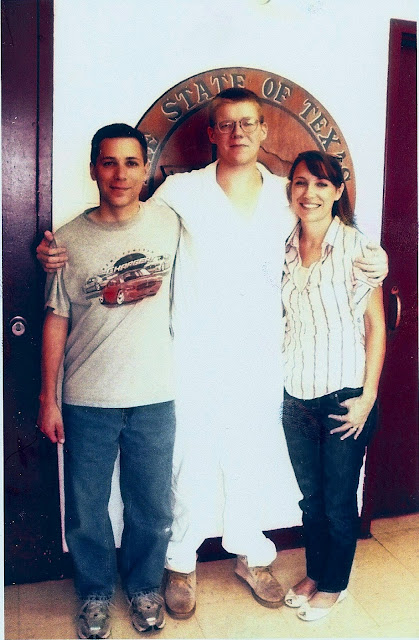 {We've all taken better pictures in life, but I thought I'd share anyways}

Chris had an appointment with his ocular oncologist this week. Nothing has really changed, so that's great! He is seeing 20/20 out of his good eye & CF 1' (up to 3' if he looks away, blinks, and happens to get a visual for a second) out of his bad one. Dr B noticed a few little aneurysms but didn't seem too concerned. He recalled the hemorrhage (that led to the vitrectomy) several years ago, but he didn't indicate that he thought we'd have a situation like that again. He scheduled the next appointment for three months. I so thought we'd be at six months or greater at this point in the journey, but I know it could be worse.

This was the kids' last week of summer, so they got to do a few fun things! We took a friend skating one day {gotta love $2 admission & $2 hot dog/drink combos!} Both of the kids had back-to-school events at the church. Cody spent the night with a friend after his & got to go to a movie the next day. Elly had spent the night with Kiya that same night. Then Kiya spent the next two nights with us, including the night of the Throwback Brouhaha: 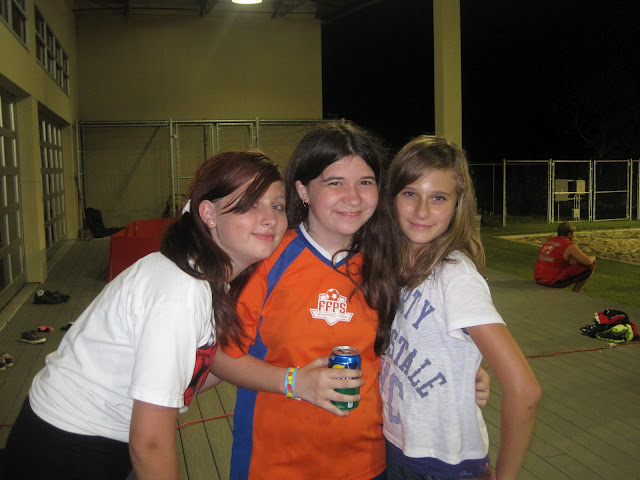 {that's Kiya on the left}

Oh yes, I said Throwback Brouhaha. More on that another time, but I'll clue you in with this: Pep Squad outfit & letter jacket.

I had a super fun girl day today! Laura, Michelle, & I went to Le Garage Sale and did several Austin-y things that I'll tell y'all more about later! 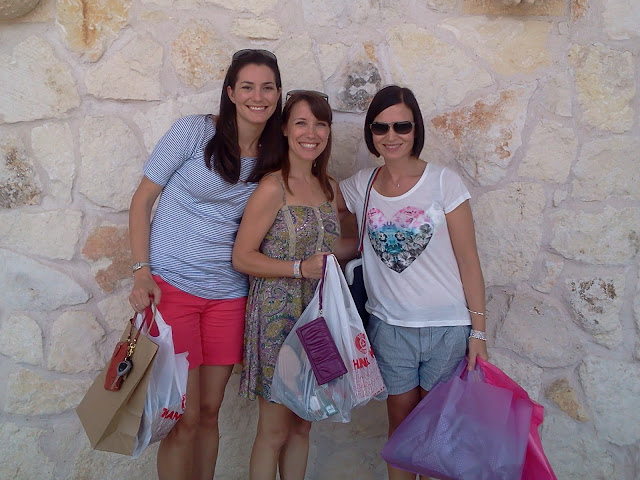 Tenth Avenue North released a new album called The Struggle this week. I haven't bought it yet, but I've been listening to some of it online. The title track is so good! If you didn't watch the lyric video, you totally should!


Hallelujah, we are free to struggle.
We're not struggling to be free.
Your blood bought us and makes us children.
Children, drop your chains and sing!

Alrighty, I better go to bed! I hope your weekend is super! ♥

Jennifer {Studio JRU} said…
That is so great that you and your brother were able to visit your brother all together! I think you always take great photos! :) Happy to hear there were no changes with your hubby. It is a bummer to have to go back in a few months, but best to keep a close watch on things... even though those appts get tiring. Great song!
August 26, 2012 at 4:23 PM

Brooke said…
i'm glad for you that you were all 3 able to be together :)