This week has been super! It began with Venture, which I still need to tell y'all about. We got back late Wednesday night, and I worked all day on Thursday. I work for super great people who insisted that I get someone to fill in for me on Friday, so I got to sleep in a little & hang out with my kids! And my baby brother took me for coffee yesterday afternoon! ♥ Tonight we celebrated our friend Robert's 40th birthday! There were a couple other fun things this week...

My baby puppy turned six yesterday! She didn't get a present to destroy this year, but she got her fancy birthday meal with a candle: 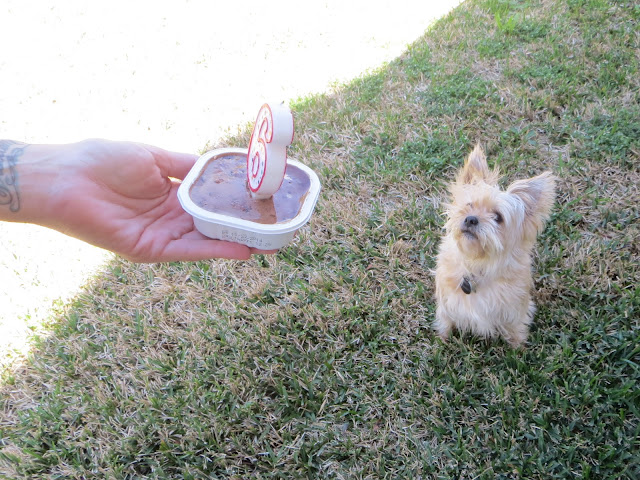 Our new friend David (the other pirate at the OM conference) invited us to a crawfish boil in his sister's neighborhood this afternoon. I've known about David for awhile now, because he had a crazy experience with ocular melanoma: his eye actually exploded! (You can read the entire story on his blog, if you're interested). I hadn't realized that he was at the conference, but we ended up at his table that Sunday. Something he said during lunch caused me to realize who he was, and I said something like, "Oh! You're David of David Stewart Cancer Fund! I read your blog!" And as if he didn't believe me, I proceeded to pull up my blogroll on my phone. {I'm such a weirdo!} Anyways, he's from Kansas, but his sister lives in the town just north of us. He stayed in town for some appointments at MD Anderson, and he went to the rodeo with Christopher one night. His sister's neighbors get together all of the time to cook out & stuff, and we got to join them today. The crawfish was spicy & delicious! 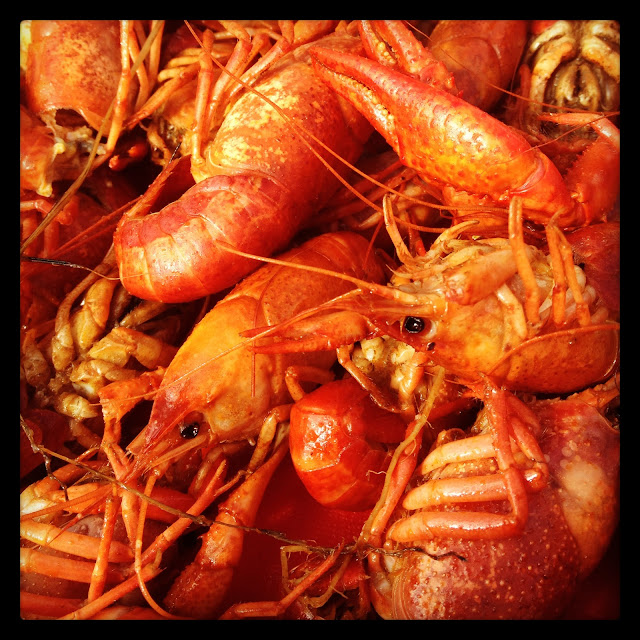 As for today's song, it purely a guess. We listened to all kinds of music on the trip, but I'm also having some scrobbling issues. My computer is too old for the latest scrobbler update from last.fm. So the only songs that get scrobbled are the ones I listen to on Google Play or the Melodies app on my phone, which means that nothing I listen to on iTunes or my iPod get scrobbled. Anyways, today's song seemed like a good one to post. I've been listening to both Ellie & Drew Holcomb lately. And since I already posted one of Ellie's recently, I thought y'all might like to hear one of Drew's. I think this is the one I've listened to the most, but y'all really don't care, do you?

Alrighty, I'm heading to bed! I hope the rest of your weekend is super! ♥