Last year, I explained our student ministry's annual Somethingerween event. We had Scavengerween again this year, which was a costume photo scavenger hunt. As usual, there were lots of creative outfits, and we had lots of fun!

I felt like my team costume last year was so super that anything I come up with after is doomed to fail. But I tried to find something sufficient...When Sloan & I went to Houston, I came across the most amazing dress! I couldn't figure out what I could be if I wore it, though. It would almost work as an early-1900's schoolmarm, except the sleeves are sheer. I'm not sure if that would've been appropriate to wear to school. I really wanted to buy it, especially after I tried it on & it fit like it was made for me. Alas, I resisted & still regret it. At some point when I have the perfect reason to wear it, I'll probably regret it even more. Sloan took a picture, though: 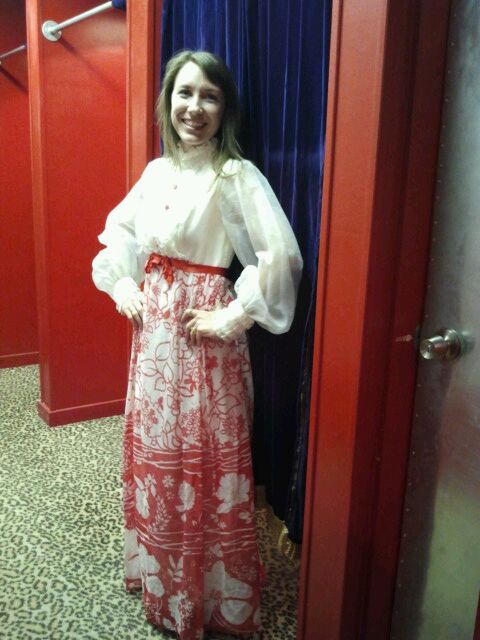 Instead of the dress, my friend Kyla gave me an outfit that her mom found in the attic. She had made it for herself in the 60's & hadn't been able to part with it until recently. Kyla thought I could use it, and she was right! Like with the dress, it's like it was made for me. It really was super! 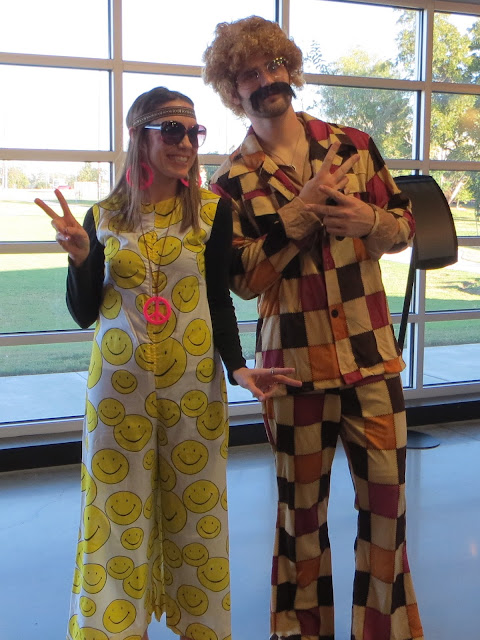 And my team just so happened to have smiley face wristbands! I won't post every single thing we did, but here are a few of the items on the list: 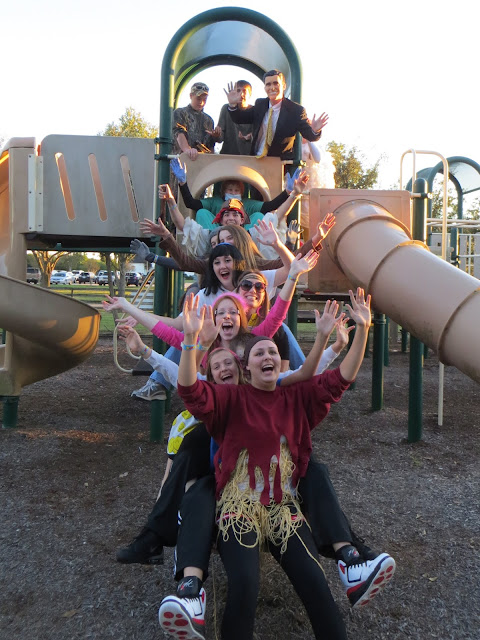 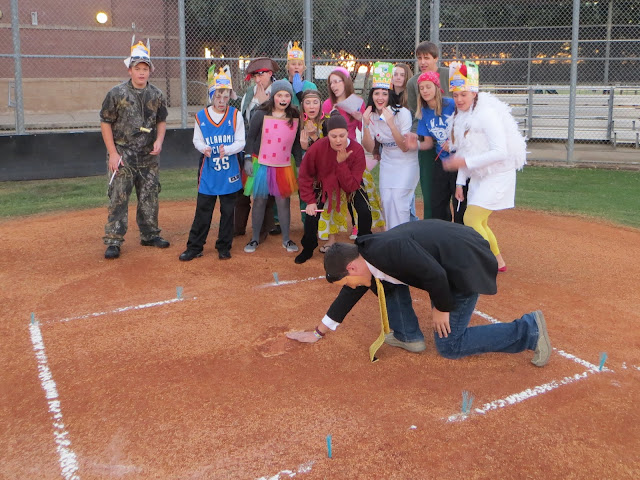 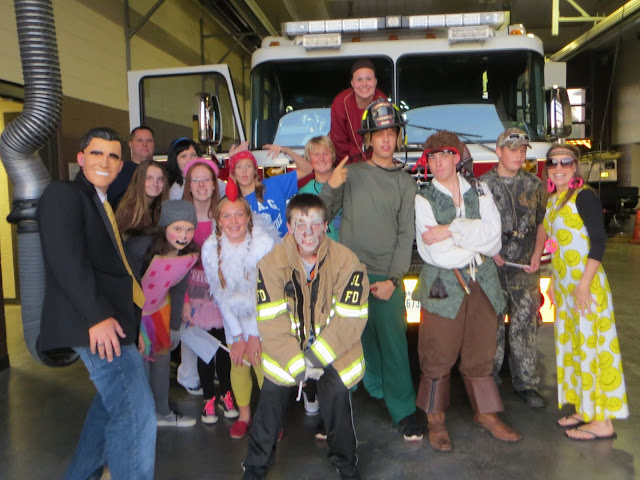 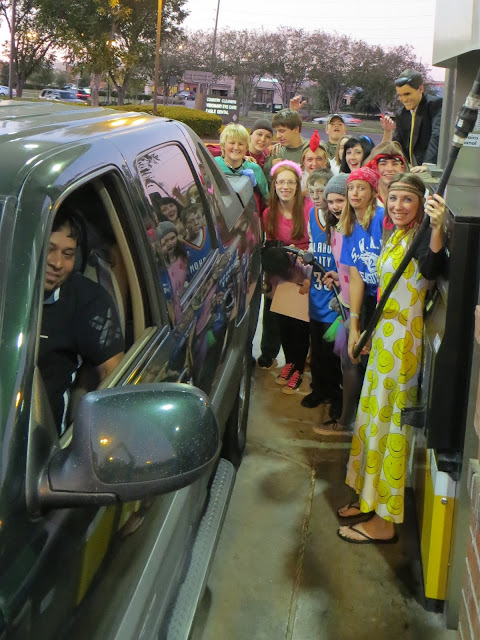 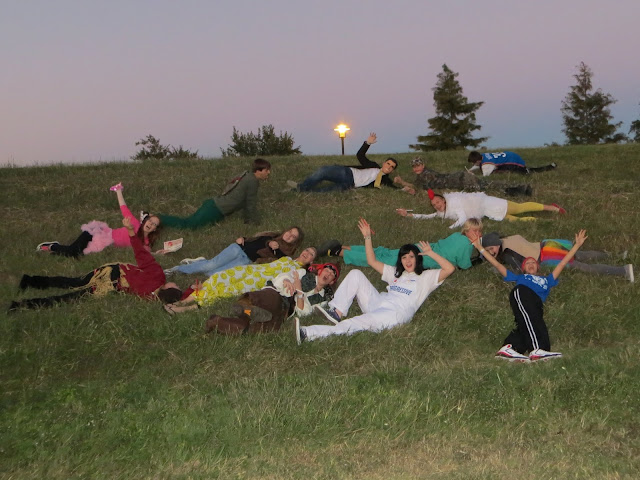 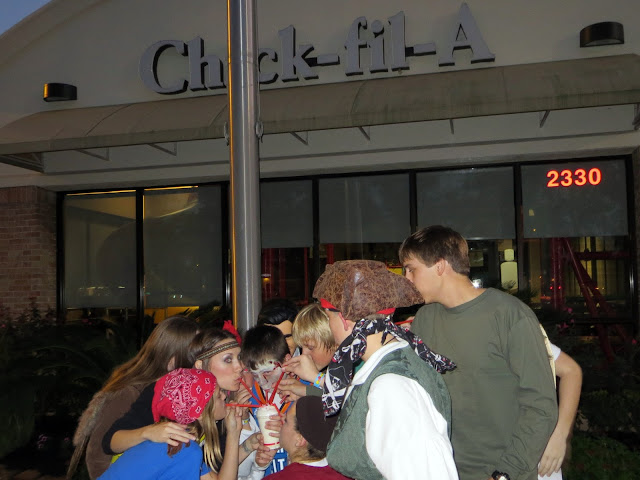 We totally should've won, but late teams weren't disqualified. We could've crossed several more things off our list if we had been late, too. I'm not bitter or anything... ü

In case y'all would like to see a few close-up shots of some costumes... 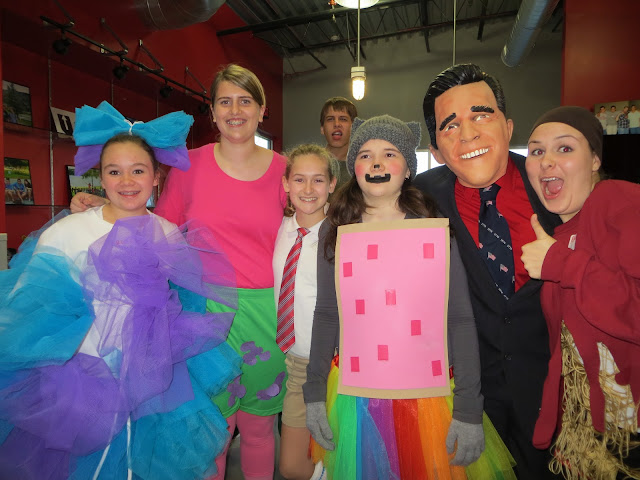 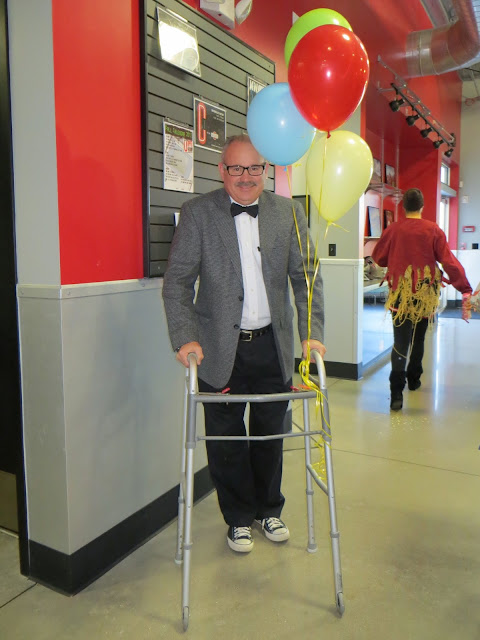 A couple of our boys dressed up as my fellow volunteers, Julie & Nicole: 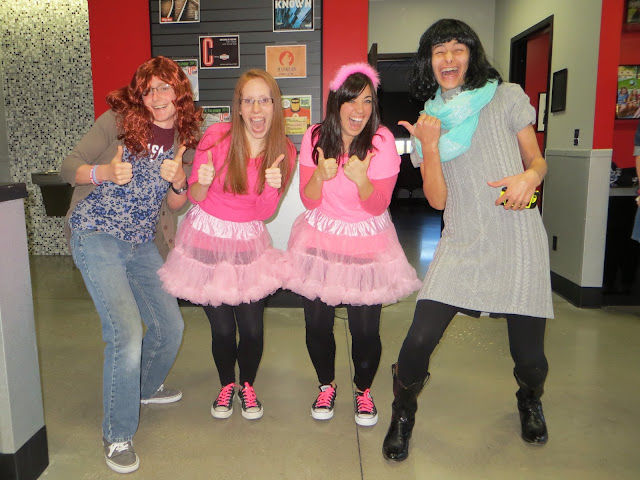 They won best team costume! And because their reactions were hilarious, I had to show y'all that picture as well: 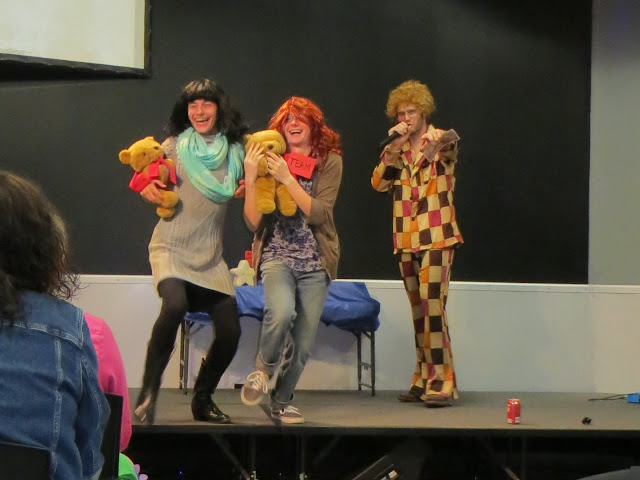 It was such a fun night, as usual! Do you have any fun costumes or traditions? I'd love to hear about them!

Brooke said…
i love doing the haunted half, but coming up with creative costumes that can be worn while running is hard.

Laura said…
Oh my gosh, that costume was awesome! Is it wrong that I want to volunteer with the youth just to do Scavengerween?
October 31, 2012 at 1:58 PM

Zion said…
I love all the costumes. I saw Elizabeth's on Facebook, but I didn't know what she was supposed to be. She looks cute though.
November 6, 2012 at 7:11 PM