Jana & I have visited another bakery! Nothing Bundt Cakes has three sizes of bundt cakes, as well as bundtlets, and bundtinis. The bundtlets are supposed to be a single serving, but I think they're big enough to share. 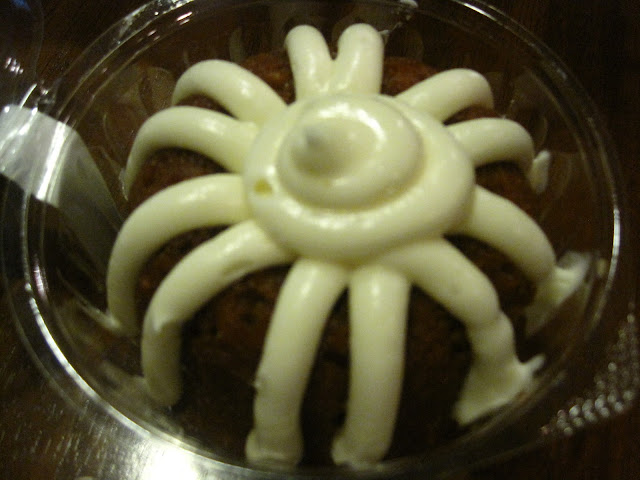 {Jana, did Brian eat his all in one sitting?}

The bundtinis are adorable little "bite-sized" bundt cakes that are sold by the dozen. These are also a little bigger than they sound. I should've taken a picture of one of them with something that would give you perspective, but I didn't think about it until now. They're served in cupcake liners, if that helps! 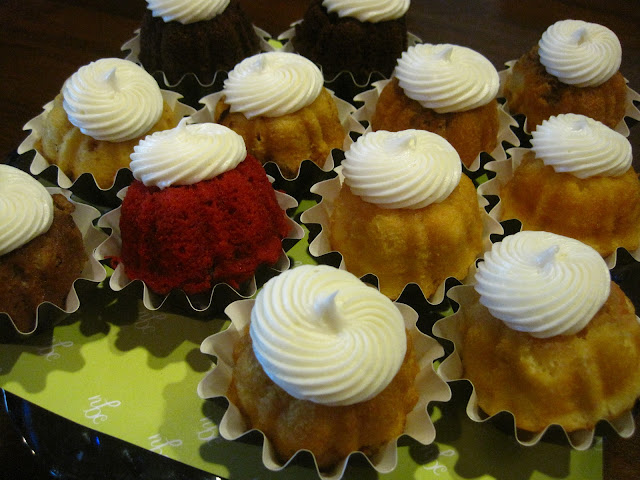 There are nine standard flavors of cake plus a flavor of the month. For a true taste test, we had to try each flavor, so we decided to get a dozen assorted bundtinis {plus a bundtlet for Brian, because we needed to spend all of Jana's Groupon!} 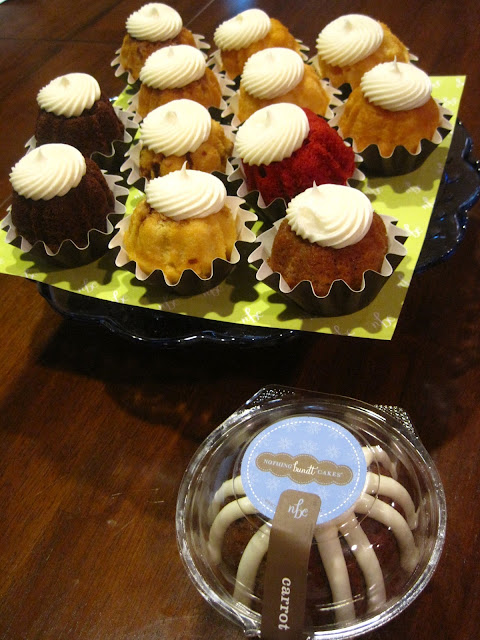 We tried a quarter of each flavor: 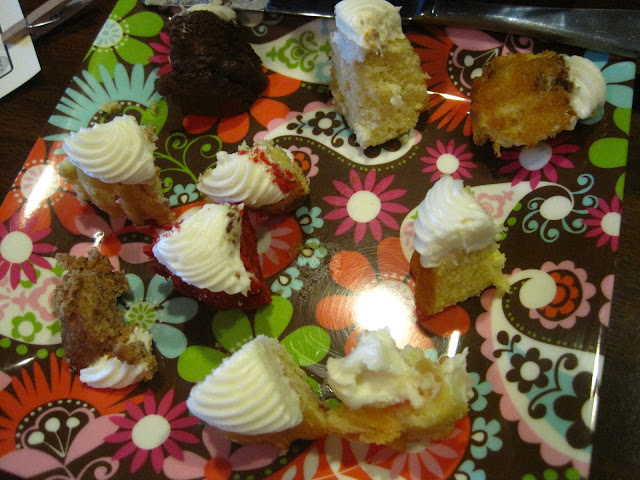 Jana & I both ate each flavor at the same time so we could discuss our opinions & such! 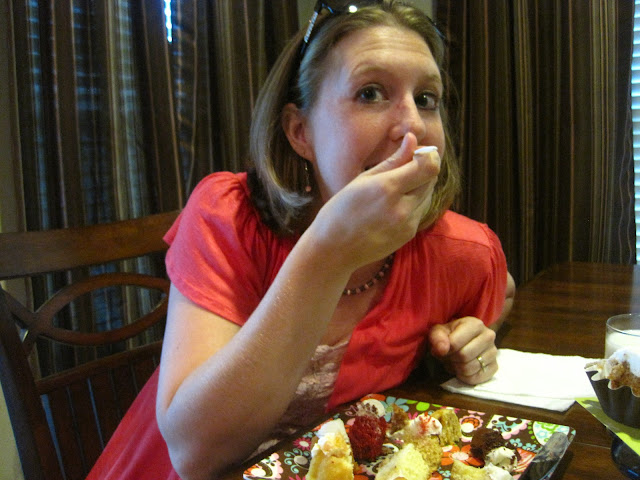 Jana's favorite was the lemon cake, followed by the pineapple upside down cake & the carrot cake. My favorite was the pineapple upside down cake, followed by the white white chocolate (not real sure why they say white twice). We were both surprised that the ones we thought would be our favorite weren’t. To quote Jana, "Guess that’s the beauty of a taste test, right!?"

Their signature frosting is super cute, but they don't frost the bundtinis the same way they do the larger cakes. And there's only one flavor of frosting. It tasted good, but we think it'd be better if there was a variety of flavors (for at least a few of the cakes).

Overall, we felt like it was a great value. The bundtlets are bigger than most cupcakes that you'd buy at a bakery, but they didn't cost much more. And the bundtinis were around $1.25 each. We actually spent about the same amount of money here as we did at the last place, but we got a lot more yummy goodness!

Have you tasted any yummy baked goods lately?

P.S. Sorry if the song was boring or stressful. I could only find one song with the word bundt in it! :)
Email Post
Labels: desserts

Brooke said…
how fun! i like the sharing and getting several different options - we did that with donuts the last time some friends of jays were staying with us
June 26, 2012 at 10:45 AM