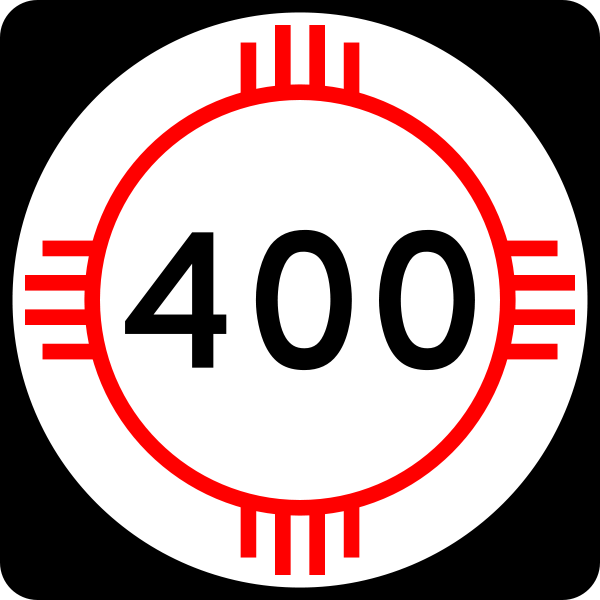 {I know it's random, but since we were just in NM I thought this pic of Route 400 was perfect!}

Speaking of random, this post is all over the place! {What's new, right? I'm pretty sure my last post was all over the place, too!} I have a couple of exciting events & things coming up this week, but when I saw that I was up to post #400 I thought I would just make it a random one...

This is several weeks overdue, but I finally remembered to get a picture from Amy. I have to brag on my sweet boy for a minute! When Amy, Wade & I went to pick up the boys from camp, we got there just in time to see their counselors give out awards to each boy in their cabin. The counselors had observed the boys all week to pick a godly character trait that they saw in each boy. They had a certificate for each one & took a minute to describe the character trait and give a scripture for them. I kept waiting for Cody's turn, but he ended up being the last one. The counselor started out by explaining that the last award was a special one given to only one person per cabin. He said that this person helped out a lot, cared for others and showed a servant's heart. He gave the "I am Third" award to Cody & asked him what it meant. Cody explained that it meant God first, others second, and I am third. This mama had tears in her eyes! I love that boy!! ♥ He got his certificate as well as this cool shield that had been a part of a game one day: 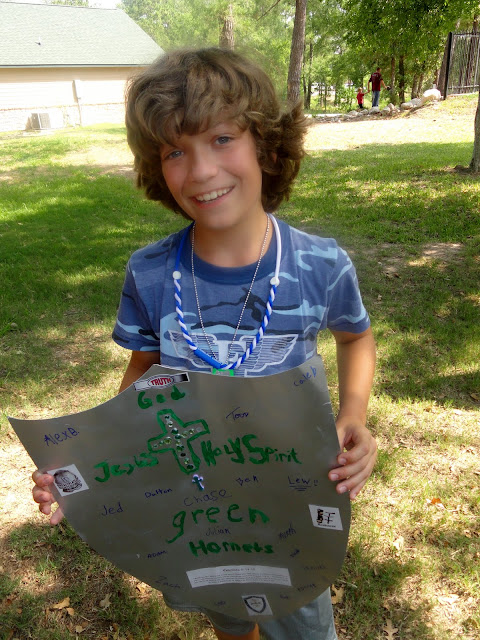 {He chose the song for today, because they sang it at camp. He didn't realize that it's a NEEDTOBREATHE song ~ but since I knew it was, I thought it was a great song choice!}

I also finally remembered to get a picture from Mister Christopher. I briefly mentioned that my mister & I went to see our friend Jeremiah's band a few weeks ago. What I didn't tell was that the bass player suffered a little injury. He had come out from a well-lit backstage to a dark room, and the previous band had left some equipment on the ground. Not seeing it, he tripped over it & fell. All night, he was in intense pain ~ but he played the set anyways. The next day, he went to the doctor and found out that he had broken both elbows! How crazy is that?! The boy broke both elbows yet played an entire set! Anyways, we paused afterward to take this silly photo: 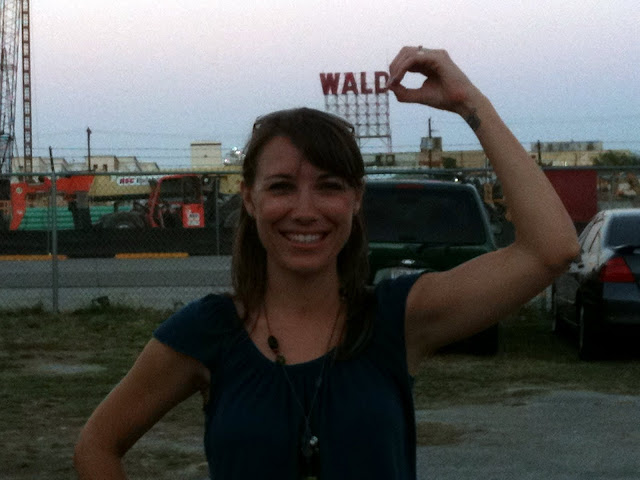 One other funny bit of randomness...The other night Chris was working upstairs, & I hollered up to him that I hadn't had any chocolate all day because we didn't have any. You're probably thinking that I shouldn't interrupt his work for something seemingly as minor as that. But it's a tragedy to me! And apparently he thought so, too, because next thing I knew he was grabbing his keys & kissing me goodbye. I asked where he was going (because I usually know when he's going somewhere), and he said, "You shouldn't have a chocolate-less house" (or something along those lines). He came home with a bag full of fun-sized chocolates: 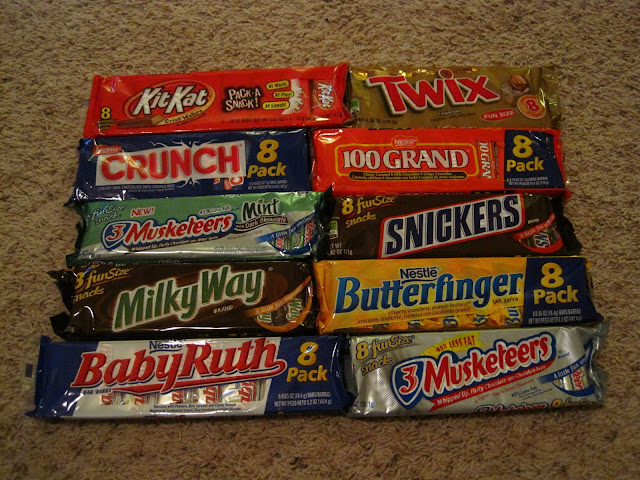 Alrighty, well I better get some chores & errands done today! The next 7 or 8 days are filled with fun stuff! {My counselor thinks I keep myself busy so I don't have time to think about things. I think he might be right! Am I screwed up, or what?} Anyways, I'll be busy with things like: a couple of concerts with girlfriends, an anniversary, ladies night with my favorite students, fun in the sun (& water ~ 'cuz it's stinkin' hot!), hanging out with this cute boy, and a few birthdays {including mine!}

Oh, and I'm sure I'll be doing plenty of things to prove myself worthy of my new title "Queen of Awkwardness" (or "Quawk", as Cody likes to call me now)! It was given to me after a hilariously awkward conversation with my friend Julie's cousin at church yesterday. I would try to explain it to y'all, but it would be awkward. And it probably wouldn't be funny to y'all, 'cuz you sorta had to be there. I was told later that I added to her family's lunchtime conversation & was the cause of a chuckle on her cousin's drive home. Hey, whatever it takes to make people smile! :)
Cody wanted me to show y'all his picture to explain why he calls me "Quawk": 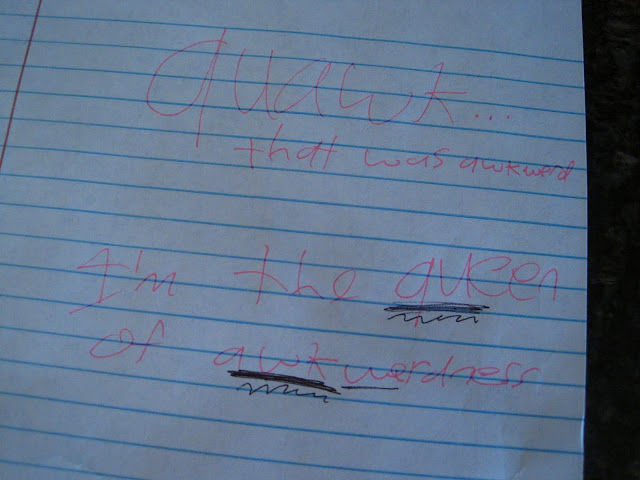 I'l close with these great words from today's song:

Take me and pull me through.
Cause I can't move without You.
"I won't leave you alone," You say,
"It will be okay."

I am Third award... how wonderful! Congratulations Cody and his proud mama! Two broken elbows... oh my gosh! Love the waldo photo. Aww... your man won't let you live in a chocolate-less house. What a man! Happy upcoming Birthday!! ♥
July 25, 2011 at 8:47 PM

Amanda said…
I teared up reading about Cody's award!!! GEEZ LOUISE!! Such a sweet boy you have!!

AND what a husband, running out and getting you chocolate. Well played, Butch. Well played....

HAPPY soon to be BIRTHDAY to ya!!!

i don't think you're that abnormal distracting yourself with activities to escape having to think about stuff. i do it too. or maybe you and i are just loony toons together? :P
July 27, 2011 at 10:25 AM

Zion said…
Love all of the pictures and randomness. I won't comment on everything because it would end up being another paragraph, but major brownie points (no pun intended) for Chris!
July 28, 2011 at 9:58 AM