"Are You Gonna Kiss Me or Not"

And now for the post about the trip I took with my dad...When I said that I would be in the car for an entire day, I was unaware that my dad would have a new Camaro to break in. So I was actually only in the car for 22 hours! :P The way up was beautiful, except for the small period of time when we stopped for lunch. Of course the only time that there would be a torrential downpour was when we had to get out in it! Once we got back in the car, the rain stopped within 20 minutes. Go figure! We stopped at a rest stop to change into our rehearsal clothes later on, & I took my round brush with me in an attempt at fixing my hair using the hand dryer! I wasn't entirely successful, but it looked much better than it had prior to using said hand dryer. {& I must say that a bad hair day is WAY better than the disaster that occurred on my last trip with Dad ~ when I got to spend Mother's Day in a tire shop!}

I'd like to take the next couple of minutes to share a little something that we found to be quite amusing. I've discovered that I'm not quite the trendsetter that I thought I was, because I don't have one of these in my yard: 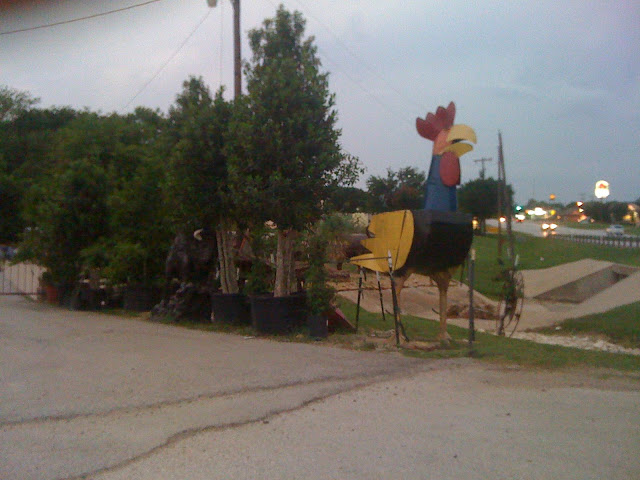 Nice, huh? We thought it was funny when we saw the first gigantic rooster in a yard near my families' homes (in a country club neighborhood, by the way). It reminded me of the buffalo, because it's something else that I would never think of putting in my yard! Anyways, on the drive home we passed by yet another gigantic rooster in Quanah & thought it was hilarious. As you know, things tend to happen in threes...we saw a place selling them in my old town! That's when I decided that I had to take a picture! And did you see what they have just a few feet to the rooster's left? 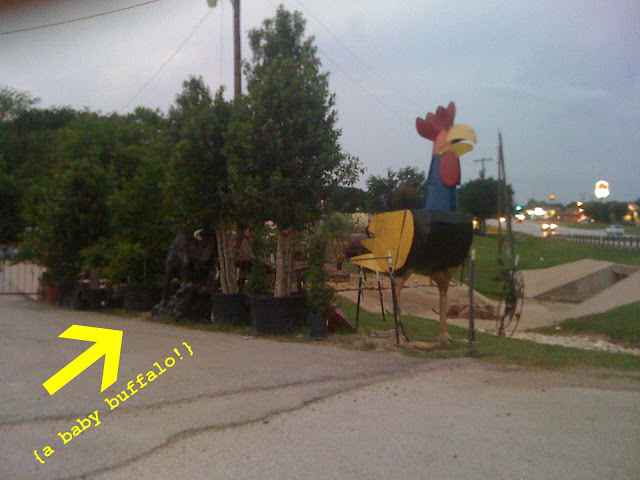 {Now I know where to buy one, if ever I should find the perfect spot! Also, I feel terrible that I drove through town & didn't stop to see anybody! But I had seen on facebook that there was a worship service going on at The Lighthouse, & I'm sure Dan wouldn't have appreciated an interruption! I know that Natalie wasn't in town ~ but Hannah, I did think of you as we drove through!}

Now on to the whole reason for our trip...Christin & Jarrod's wedding was perfect! 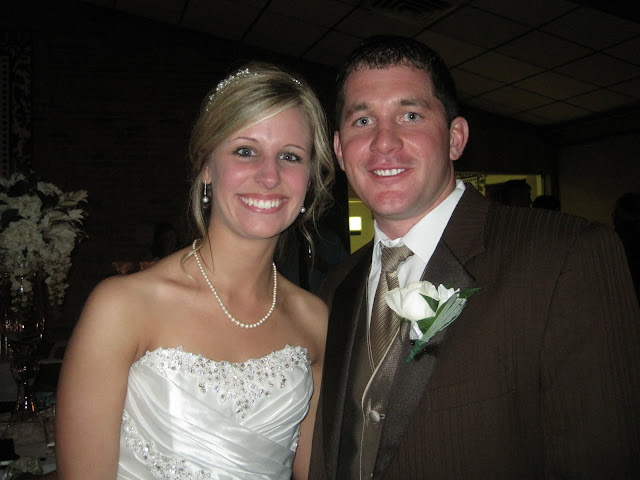 It took place in Christin's parents' back yard. I sat at the wrong end of the row to get a good shot during the wedding, but you can see the backdrop in this picture of the bride and groom with her grandfather (my Uncle Robbie) & his wife Betty: 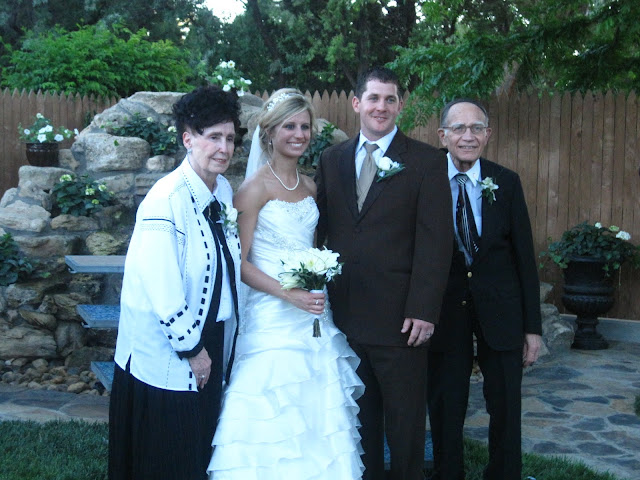 {please ignore the risers ~ they were setting it up for the large family shot, & I snapped this pic real quick without thinking about them being there!}

My cousin Kim (Christin's sister) was the Maid of Honor. She also sang... 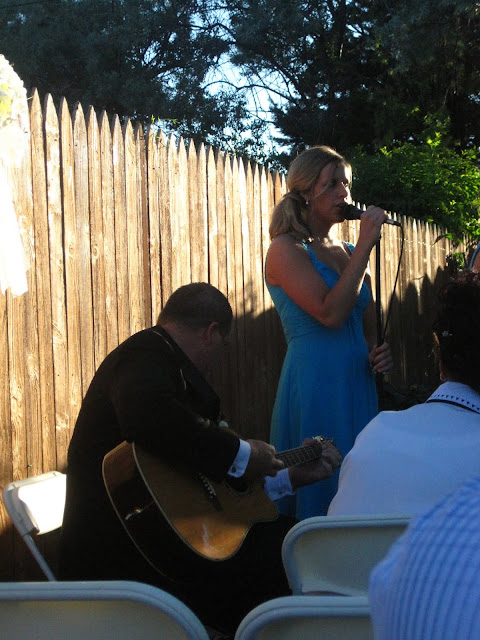 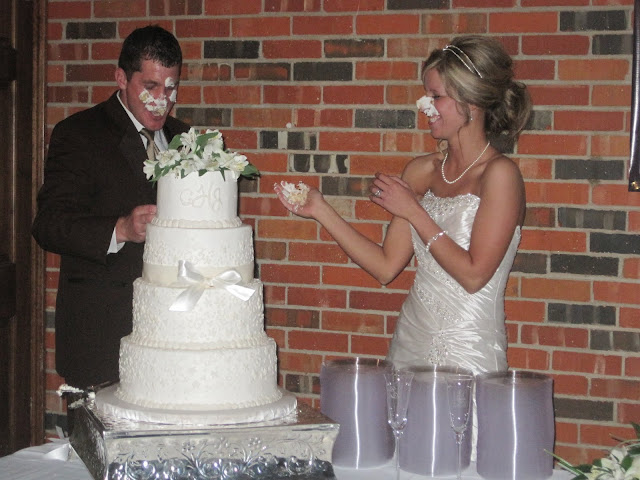 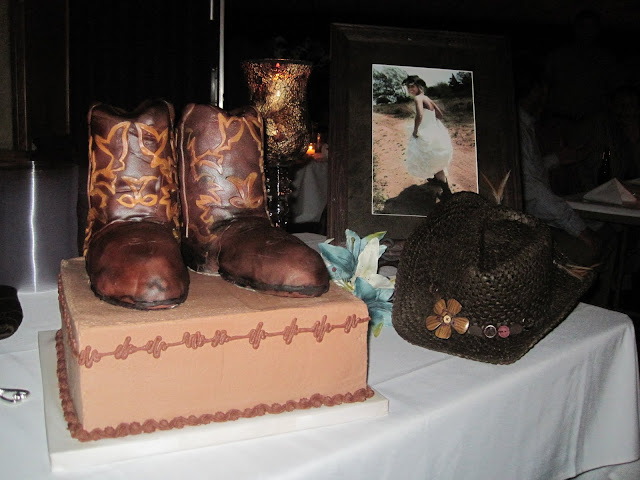 My cousin's wife (the mother of the bride) made all of the dresses, and she did an excellent job! She's amazing! Here she is with her husband (my cousin Ronnie): 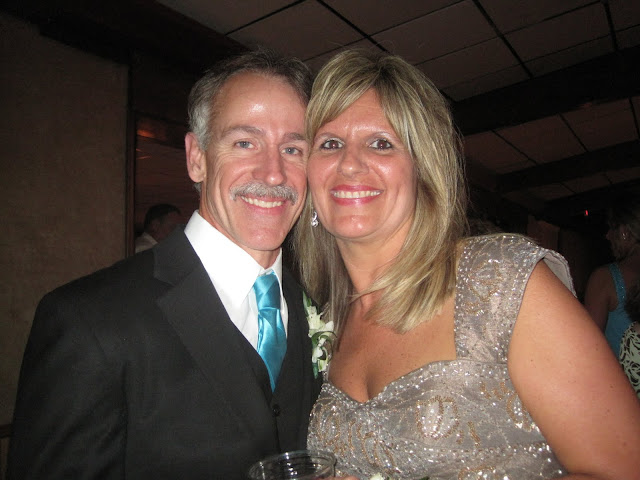 How cute is this pic of Ronnie dancing with our aunt Linda?! 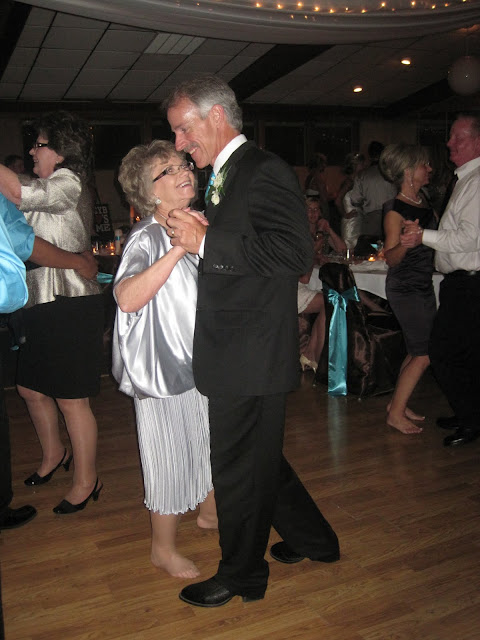 {She's so adorable! She said my favorite line of the weekend: "I got this new phone, & it's smarter than I am!"}

It was great to see a couple of cousins whom I hadn't seen in over 25 years, as well as some other family members that I only get to see once a year (or so). My dad & I listened to The Highway (a country radio station on XM) for most of our trip. We heard today's song four times on Friday alone. Considering the fact that we were going up there for a wedding, I had already decided that it would be the song for this post. Then Jarrod & Christin chose it for their last dance before leaving the reception, so I knew that it was the perfect song choice! :) 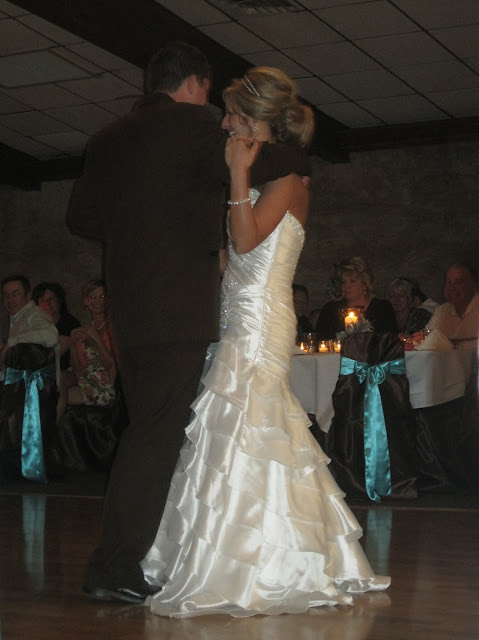