This week, I was listening to my "Really Cool Tunes" playlist {you know, the playlist that most normal people would just call "favorites". But I've never claimed to be normal!} This oldie but goodie by Caedmon's Call made it to the top. Because it's awesome. Christopher (along with David Gamboa) opened for Derek Webb last year. He was doing a Haiti benefit at Taft Street, and Danielle Young got up and sang a song with him. They also announced the release of a new Caedmon's Call album (after way too long without one). I still haven't bought it, because I very rarely have music money in the budget. But I have two songs from it, and they're awesome. Anyways, I love this entire song, but the first verse is my absolute favorite part:


I especially love the part where he comes in with the harmony ("show me a place where hope is young...")

Not that you asked, but I've had yet another busy week+ where I've only been home two out of the past eight evenings. That's not really how I prefer things to be, but sometimes that's the way it goes. I had a Ladies' Night Out at church, a crop, DC Group (youth home group), a goingLOCAL meeting (that's the local mission trip I've been talking about), midweek studies at church & a youth event called "I Pity the Fool" Ruckus. Along with the busy evenings, I've had a few busy days, too. But I've also had some fun: another "mindless tv day" with Amy, & I spent a day in the Montrose area with Laura (Taft Street, thrift stores & Empire Cafe). [Edited 4/8/11 ~ Laura wrote this great post about our day! :)] Sorry if I'm boring you with my schedule again...

I'm sure you're dying to know about the Ruckus that I mentioned! It was last night (April Fool's Day ~ hence the "fool" thing), & the students were encouraged to dress up like Mr. T. {Ya, I know. Kinda weird!} Aaron (our youth intern) did a pretty good job, but we only had a couple of people even attempt it. He's the only one that shaved him hair into a mohawk: 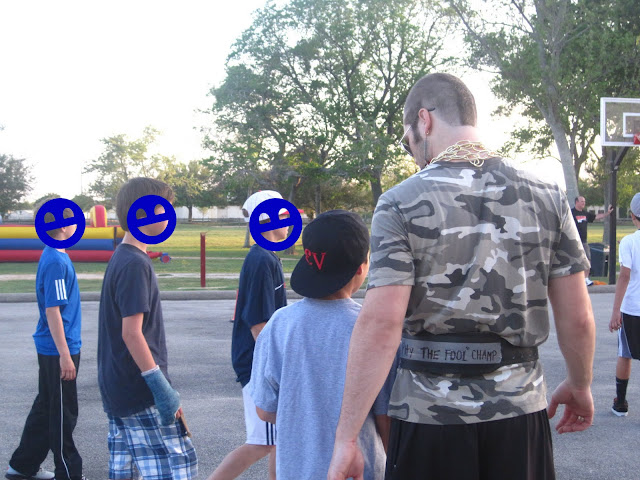 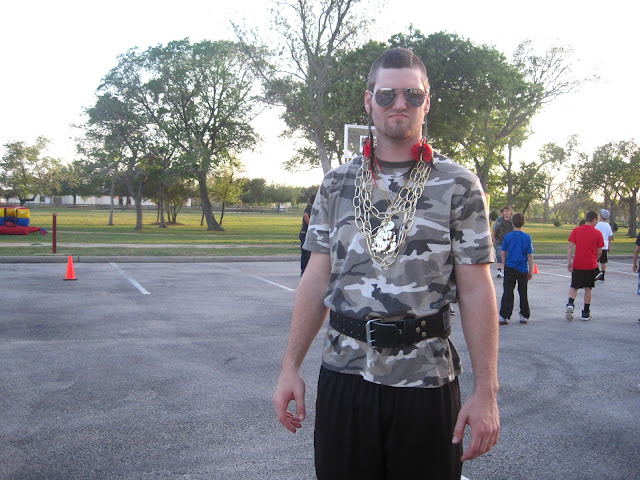 {I had to show you both angles, so you could get the full affect!}

Alright, that's all for now! I hope the rest of your weekend is super!

Zion said…
Way to stick to your cash flow plan, you are an inspiration. By the way I LOVE David Gamboa and I only know of him through Jeremy, through Butch. He needs to come to Midlo.
April 2, 2011 at 9:33 PM

Jennifer {Studio JRU} said…
I am learning so much about music from you... it is awesome! You are one busy girl! What a fun Ruckus! I love that Aaron dressed up. Good for him getting into it! Where is your Mr. T photo Amy? ♥
April 3, 2011 at 6:28 PM

Amanda said…
Sounds like fun!! We need to have an empanada night SOON!!!