"Home on the Range"

I thought I'd share a series of pictures that I like to call "Weird Things We See on the Way to School". I don't know if I've mentioned that I carpool with another mom who has kids at both of my kids' schools. It's wonderful, because every other week I don't have to drive, PLUS I get an extra hour to myself those mornings! BUT, we usually have a little too much time between dropping the boys off & getting the girls to school (on time but not too early). So the girls & I meander through the country on the way to their school. We don't always go the same way, because (contrary to the way I live the rest of my life) I like to mix things up on the way to school. We have found it to be both crazy & fascinating at times, as we have come across some interesting things that you just don't see in the suburbs. I've thought about posting pics for awhile now, but I figured y'all probably didn't care. After what I saw this week though, I decided that you had to see a little bit of the sights that we see!

Of course there are your typical farm animals like cows, goats & Longhorns. But there are also your not so typical emus & llamas. 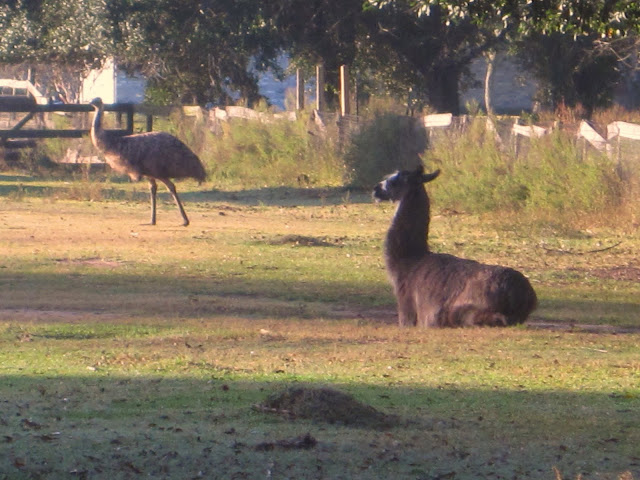 And the pure awesomeness that is peacock traffic... 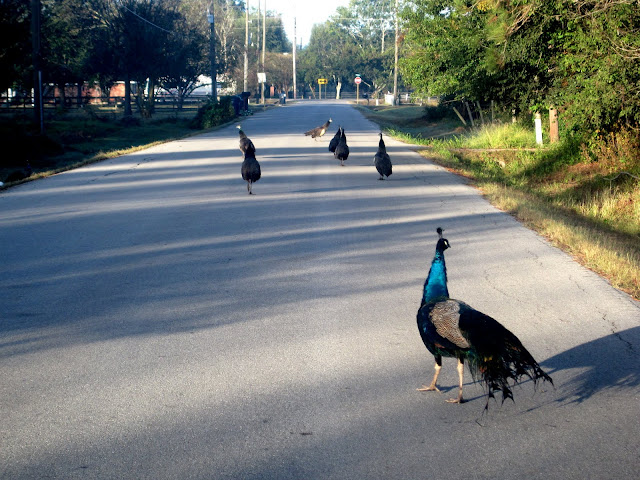 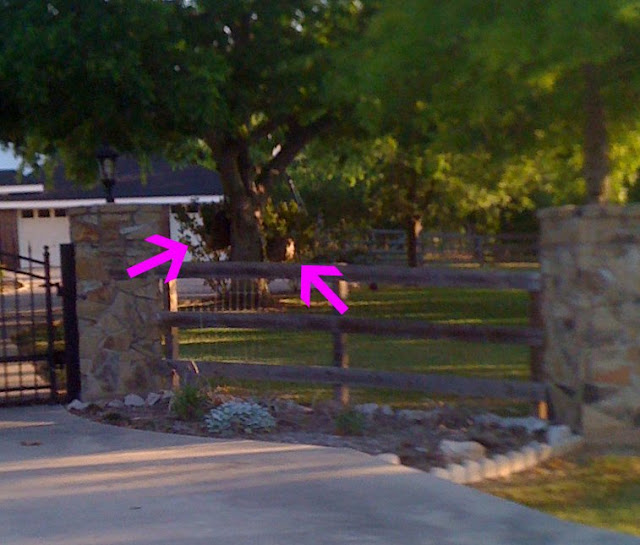 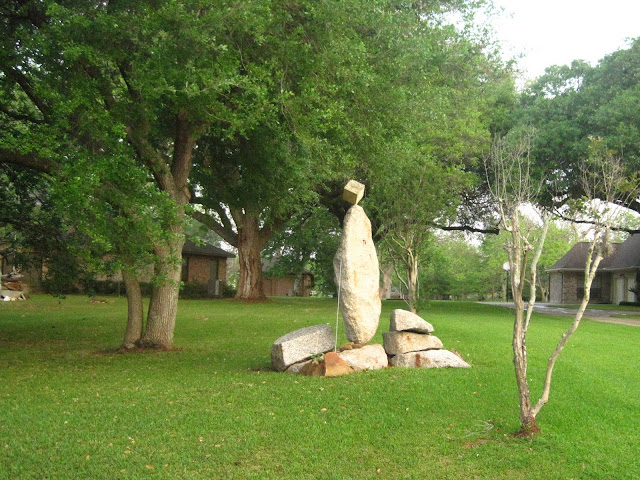 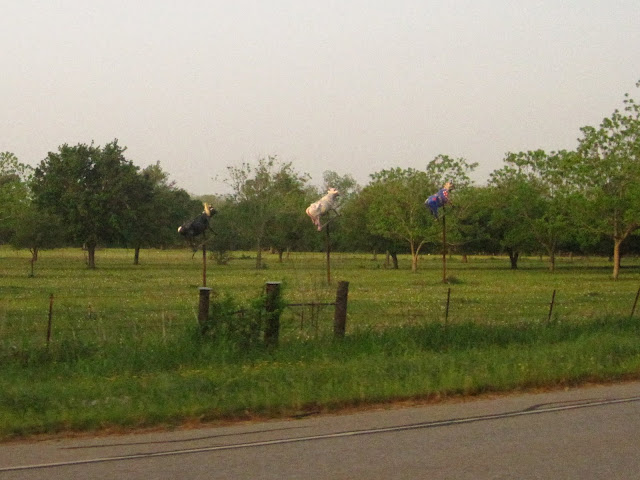 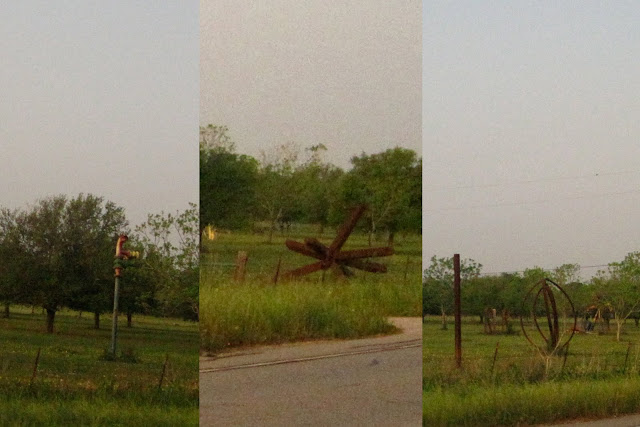 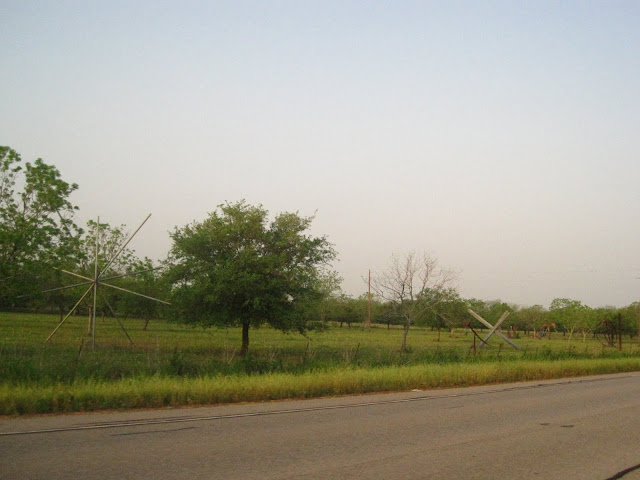 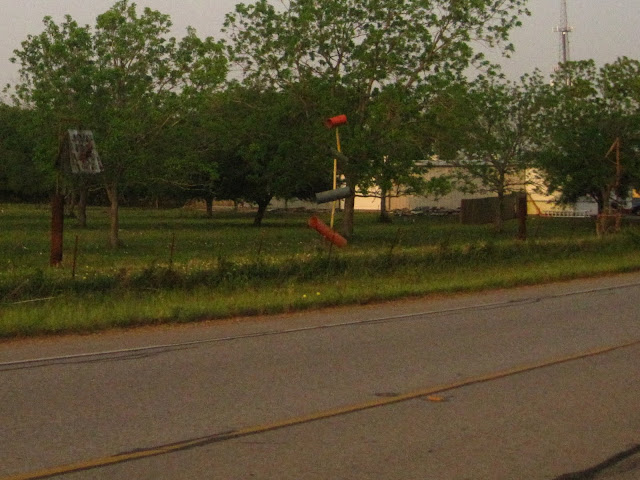 {These are all on the same property. I have no idea what it's all about!}

There's one final animal that we see {& the main reason for this post}:

"Oh give me a home where the buffalo roam..." 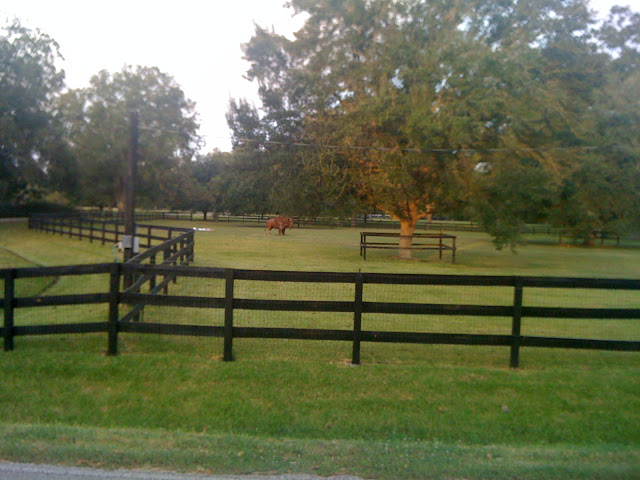 First, there was just the one buffalo. Then the week after Spring Break, there was another one! I failed to get a picture of them, because I figured I had plenty of time...

Little did I know they'd have a baby! ヅ 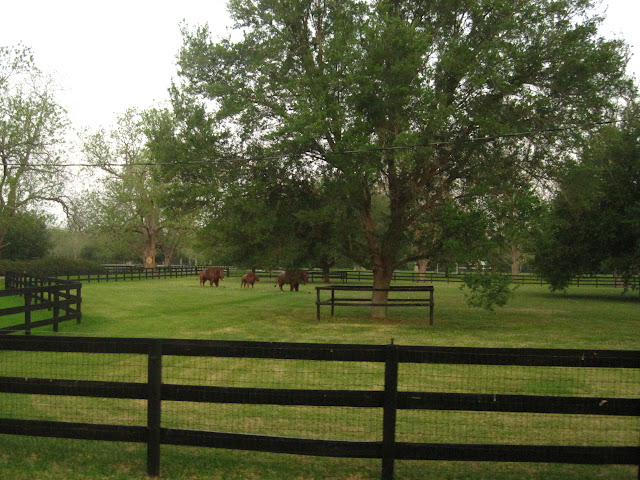 In case you couldn't tell by the picture, those aren't real. I seriously don't get it! I thought it was weird enough when there was only ONE. The girls & I would laugh just about every time we drove by. Now? I'm just confused! I'll let you know if the herd increases!

Thanks for taking the leisurely drive through the country with me! Do you see anything interesting on your daily drive? If so, I'd love to hear about it!

janachelle said…
Ok, I'm sooo glad that you posted this because I thought I was going crazy about the buffaloes. I was laughing about the one a few weeks ago and then noticed there were 2 the next time. I would have been REALLY confused to have seen three! !
April 13, 2011 at 12:58 PM

RR Mama said…
Keeps your mornings interesting. I would love to see the peacocks with their feathers out. And we have a house by us that have live bufflo, cows, llama, and they even had a zebra once.
April 14, 2011 at 3:37 PM

Anonymous said…
how fun to see unique stuff like that :) and the buffalos are truly strange. we have a neighbor down the street (in an urban area) that has a life size gorilla in their front yard. i know if it started a "family" i would be very weirded out!
April 14, 2011 at 6:42 PM

Zion said…
Wow what a route. I am glad that you clarified about the buffalo. I thought they were real and that they really did have a baby! LOL!
April 17, 2011 at 7:59 PM