My theme song for this past weekend should have been something about best friends, because I stayed at the home of a high school best friend while attending the wedding of a middle school best friend. It was a great weekend to reminisce! {Before I forget ~ in my last post I mentioned parking in the cactus as my only mishap, but I forgot about the skunk! Of course it couldn't have happened at some other point in the 4 hour drive, but just as we drove in to Kari's town...My mister says I swerved to hit the skunk, but I promise I swerved to avoid it! Unfortunately, my mad driving skills weren't quite enough. Eeeewww! After not having seen Karikins for a couple of years, I showed up smelling like skunk. Nice.}

Anyways, since Kari & I enjoyed reminiscing about old times, I thought I'd fill you in...

Karikins & I met when her family moved to Weimar about 20 years ago. We both wore bandanas the same way ~ not in the typical fashion, but sorta like how you wear a sweat band. {Yes, I know. Odd. But we liked to be different!} We were instant BFFs & spent a lot of time goofing around & taking random pictures! [Warning: awful early 90's fashion ahead, plus some odd things we wore to be different! Don't judge me for my terribly high-waisted &/or acid washed jeans, tie-dyed outfits, crimped hair, big bangs or choice of odd shoes!] 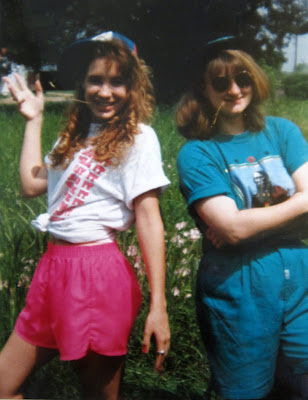 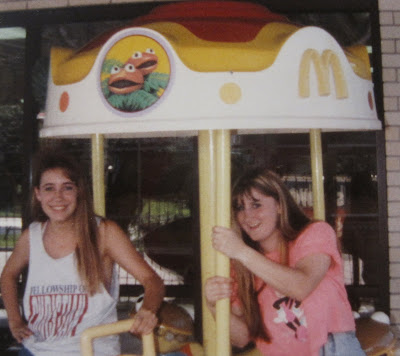 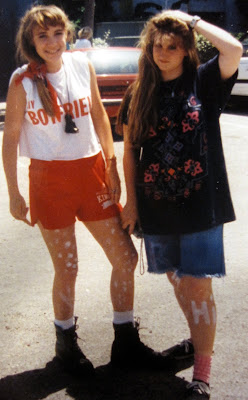 We made up a silly dance to today's song & were gracious enough to perform it in front of people on a regular basis! 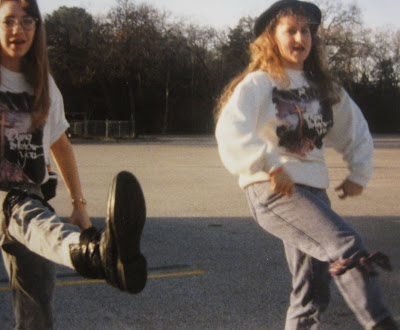 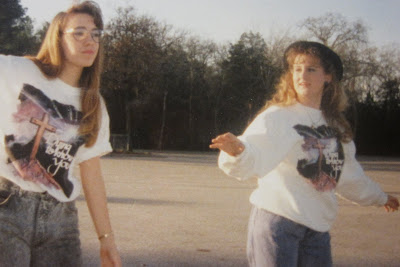 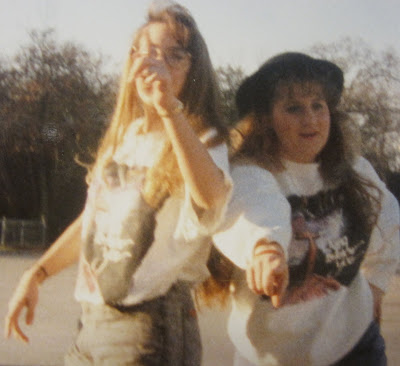 & apparently we allowed another Amy to join in with us, too {she's the one in the middle, but you're probably smart enough to figure that out on your own} 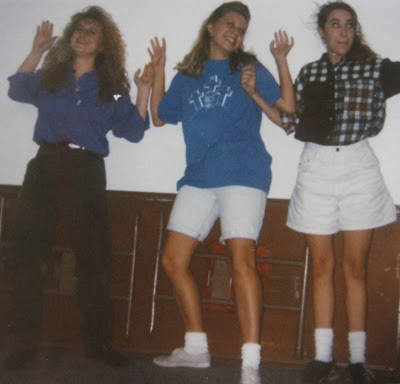 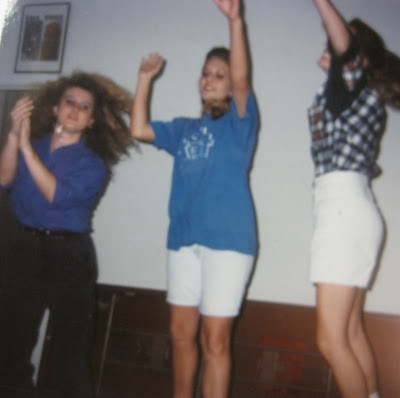 I totally had to include these pics from a couple of fashion shows we were in (for Women's Ministry events, just in case you wondered why I never mentioned being a model ~ ha ha): 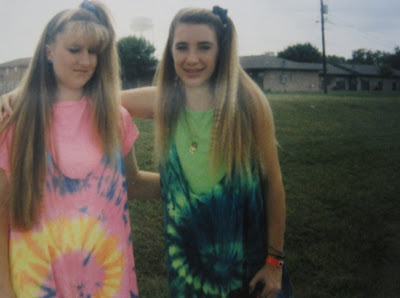 At some point, we decided it was weird that the heart was used as a symbol of love & figured the brain was really the origin of loving thoughts. So instead of "I♥U", we would say/write, "I Brain You!" Karikins made this cake for me for Valentine's Day my Senior year in high school: 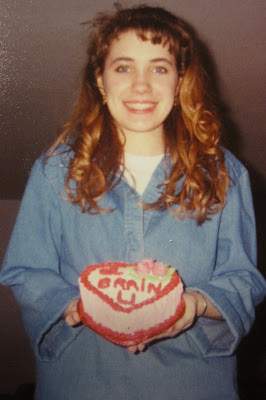 There are many more stories I could share, but this has been quite lengthy already! I'll leave you with one last thing...For old time's sake, we took a couple of pictures with a random painted deer at the BBQ place where we ate lunch on Saturday: 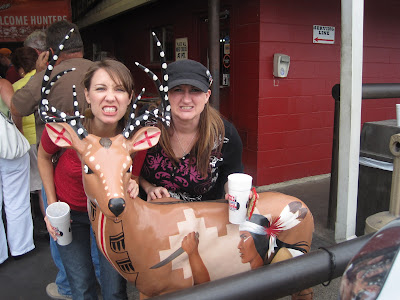 {You can't tell, but we're imitating the look on the deer's face!}
& in case that one's just too goofy, here's a "normal" pic! 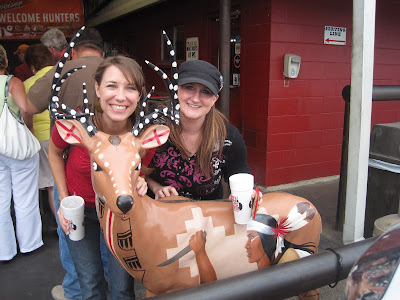 Isn't she even more beautiful today? Aw, I brain my Karikins!

AmyB said…
I love your post and old pictures. I had several "cool outfits" like the ones featured in your photographs. I am so glad you enjoyed the wedding of such a long time and dear friend. It is great to have special memories with people. Thanks for sharing your memorable fashion forward moments.
October 28, 2010 at 12:12 PM

Brooke said…
LOVE the old pictures!! and there is nothing more beautiful than an old friend
October 29, 2010 at 10:38 AM