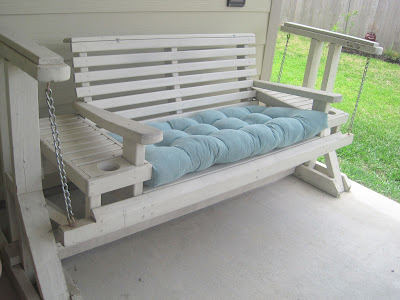 & you absolutely won't believe what I paid for it! It's a long story, but I'm SO excited about it that I have to share!! On Monday, I paid $39.35 after using a $25 Pier 1 gift card. It was more than I really wanted to spend, but I had been having trouble finding one to coordinate with my recently renewed patio table set. I wanted a fun pattern with the same colors as the chairs, but everything seemed to have more of a lime green rather than sage. I decided that I wasn't going to find a print, so the plain ol' aqua was similar enough to the aqua in the chair fabric & would just have to do. 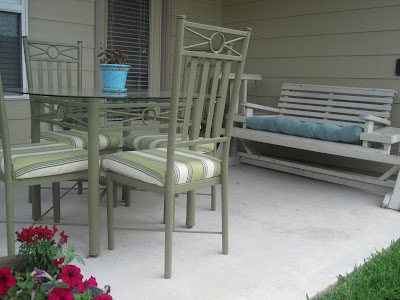 Naturally, when I got home, there was a 20% off coupon for Pier 1 sitting in my mailbox! I debated whether it was worth $12 to return it & buy it again, ultimately deciding that I really shouldn't have spent nearly $40 on the cushion in the first place! So, I returned it on Tuesday but felt silly buying it right back. So, while running errands near another Pier 1 on Wednesday, I decided to go buy it there instead...Can you believe that it was marked down to 1/2 price, & I only paid 98¢ for it?! Yep, 98¢!! I'd say plain ol' aqua is totally worth 98¢!

Another discovery was an empty drawer in my kitchen! I know, it's crazy that I didn't realize it sooner! You see, I had gotten rid of SO much stuff in the rent house with the itty bitty kitchen, that I really didn't have enough stuff to fill the drawers in the new kitchen! The other day I was like, "What's in this drawer?" & discovered a random phone cord or something. And that was all that was in there! So, I decided to make it a junk drawer: 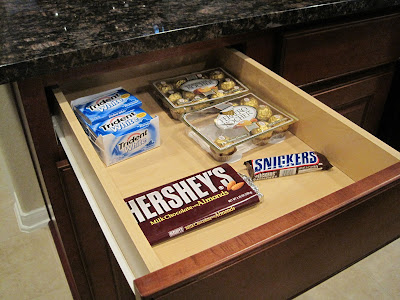 Hee hee hee! You thought I meant the other kind of junk drawer?! Nope, this is my gum & chocolate stash (thanks to Kyla, my kids & my mister for keeping me supplied!) For the record, I have a junk drawer, too! Where else would I keep pens, pencils, clown noses, batteries, thumb tacks, 3-D glasses & broken things that need to be thrown away super-glued? 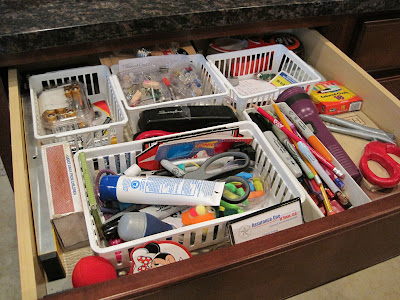 I also discovered that fresh swiss chard from my garden can be quite tasty! 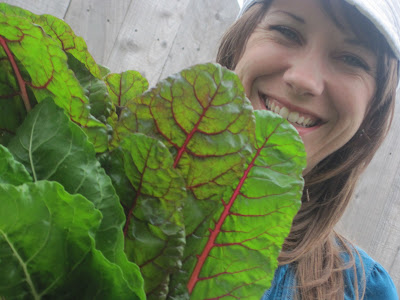 & I re-discovered Rock 'n' Roll Worship Circus! I love their stuff & wish they were still active in the industry. Today's song has always been one of my favorites of theirs. So, there you have it! Have you made any discoveries lately?