"Angel at my Door"

This has been another great week!! It started with my baby brother going to church with me! :) Monday night was our 3rd annual Christmas Light Scavenger Hunt & Cookie Exchange, and my team won for the 3rd year in a row. {'cuz I've got skillz...} It rained on Tuesday! {It's been awhile, so I thought it was worth mentioning!} I took my baby brother to run some errands on Wednesday, and we went for coffee. {Real coffee from Starbucks, people! Not black prison coffee like we used to drink together!} We also went to a presentation of The Star of Bethlehem at church. {It's super cool! If you ever get a chance to see it, you totally should. Or at least watch the DVD!} We ran more errands on Thursday & also ate at Fuzzy's Tacos with Sloan. {Yum!} On Friday, I discovered two bags of Chex Mix on my desk: 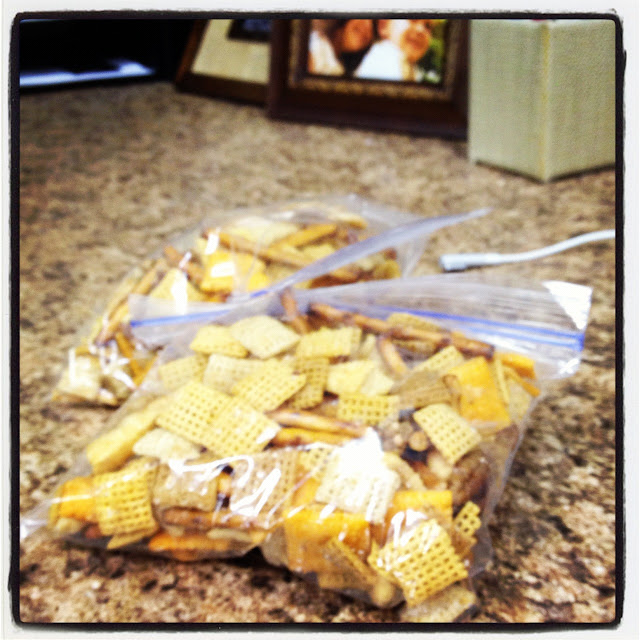 My kids did a couple of things this week that make my heart happy...


My sweet boy woke up before me this morning & was already upstairs playing a game when I got up. We said our good mornings but didn't actually see each other or anything. About fifteen minutes later, he came downstairs to get some breakfast. I had cereal in my mouth when he walked by me, but I silently gestured for him to come over to me. Before I even had a chance to tap my cheek for a good morning kiss, he leaned down & kissed it! I asked him how he knew that's what I wanted, and he said, "I know you!" ;)


We were getting ready for school one morning, and I was making sandwiches for the kids. {Yes, I know they're perfectly capable of making their own sandwiches. I still make them anyways. I don't know why. It makes more sense for me to write on their napkin than if I had nothing to do with their lunches, I suppose. But they get everything else for their lunch boxes...} Anyways, I discovered that my baby girl tears off the pieces of her napkins that I write on, and she keeps them! ♥ 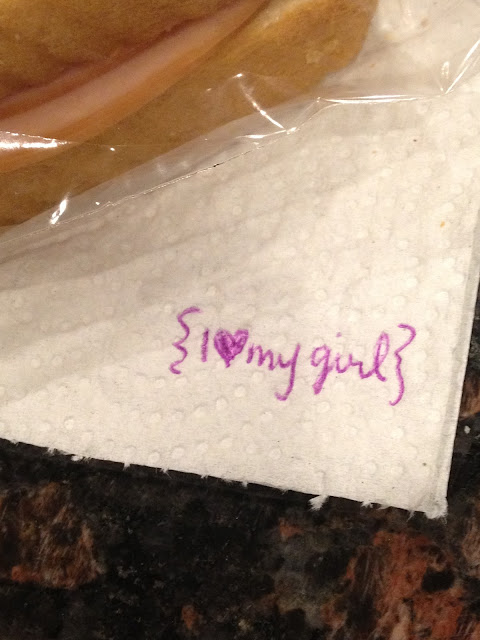 As for the song...I don't think it's actually the one I've listened to the most. I like it, though! And I think it's the one that was recorded at Brandon's studio {he's my friend's brother who played bass for Seabird for awhile!} I don't remember if I mentioned that to y'all before, but I thought y'all might care to know that there's only one degree of separation between NTB and me. So there are only two degrees for y'all {except for you, Natalie, because obviously you know Brandon!}

Zion said…
When I saw the song I thought "yea, Brandon did this!" You're kids are so great because they have such awesome parents. It's families like you that make me look forward to, and not dread, the teenage (or tween age) years.
December 10, 2012 at 8:56 AM

Brooke said…
jay loves chex mix - his mama makes him a big ole bag every time she sees him. and now you've got me craving bologna and cheese sandwiches
December 10, 2012 at 9:23 AM