I accidentally posted a playlist instead of just one song, but I'm just going to leave it because it's Ross King. And he's just that good.

So...even with Elly getting a computer for Christmas, I have failed to post more frequently. I guess I'm out of the habit. I'd say that I'll resolve to post more this year, but New Years' resolutions aren't really my thing. I generally lack the time and/or motivation to follow through on much of what I resolve to do, so I'm thinking that my only goal this year will be to complete the Daily Challenge on Solitaire every day. Who am I kidding? I don't even think I can manage that!

Anyways...here's the part where I catch you up on my oh-so-exciting past week or so! I'll just go ahead and say that things have been pretty low-key around here, and it has been nice! On the Saturday after Christmas, we went to my brother's house for lunch and spent some time at my mom's afterward. Though I failed to take any pictures of the festivities, I did take a family selfie in the car on the way there! The picture was actually for Wade & Sophie -- because for some reason, I started sending them a family selfie or picture on their birthday -- but I'll share it with y'all, too! ü 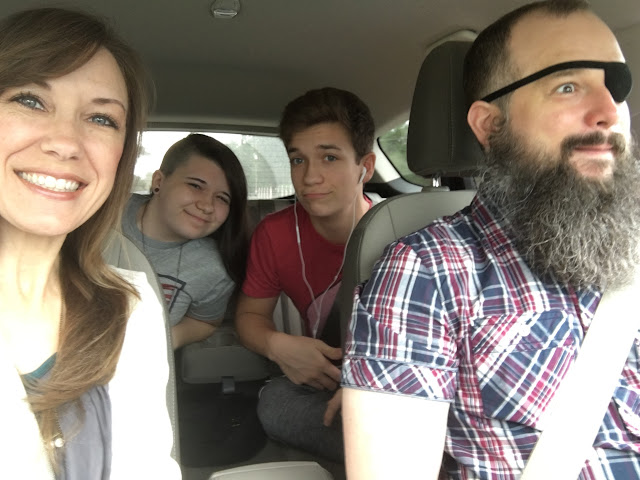 I don't guess I ever showed y'all last year's picture. It was much more creative! My co-worker Lindsay was super sweet and offered to sit at my desk so I could be off work an additional day over the holidays! Though we didn't end up going out of town this year, I enjoyed being able to sleep in a little as well as spend some extra time with my family. Elly & I ran a few errands, too, and has a smashing time at lunch! {haha!} 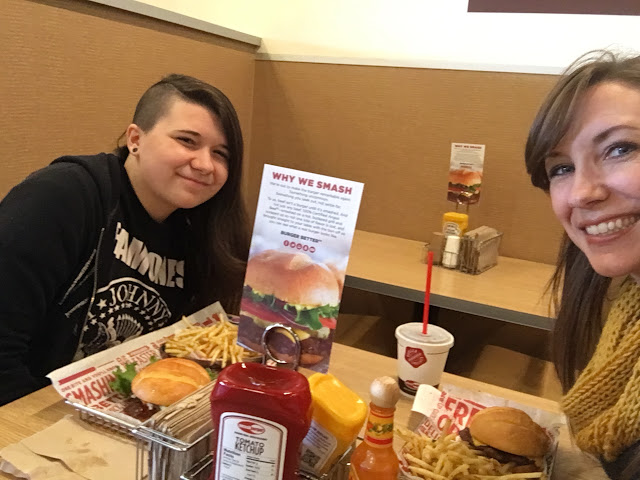 After lunch, we went to my friend Susan's house to pick up a ukulele that Elly bought from Susan's son. We ended up spending a couple of hours with Susan and her daughter! ü

That evening Julie hosted a Christmas reunion with our old small group girls! We had a delicious meal, played games, and had a gift exchange. After my gifts kept getting stolen, I ended up stealing back the present that I had brought. I felt a little bit guilty about that until Amelia told me that she had done the same thing! 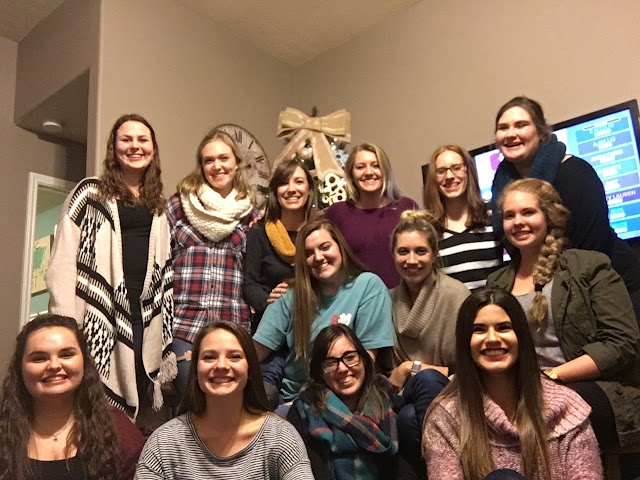 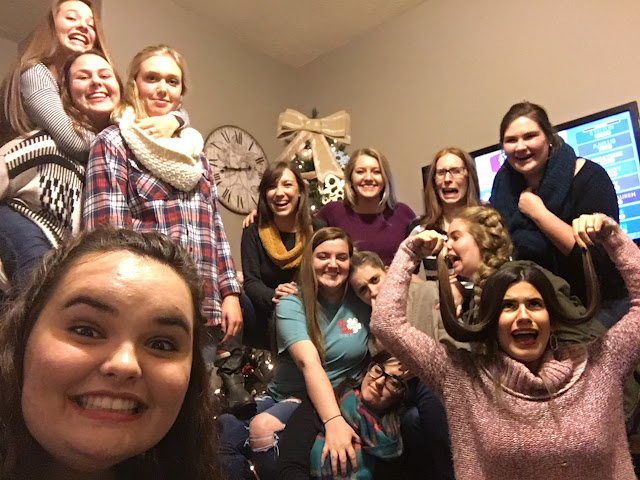 We spend New Year's Eve at Samantha's house again! We ate yummy food, played games, and set off some fireworks! 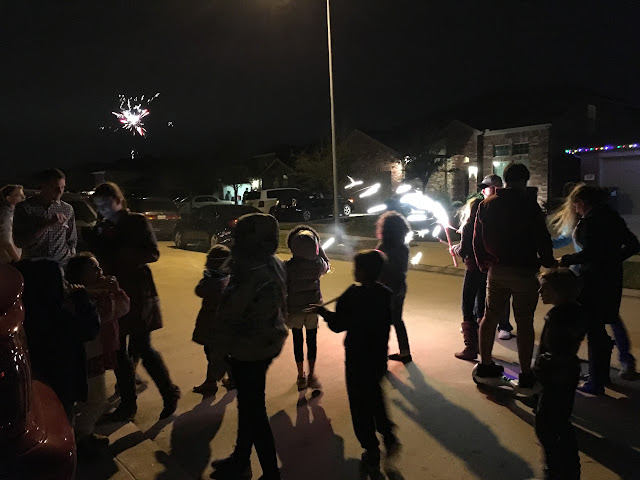 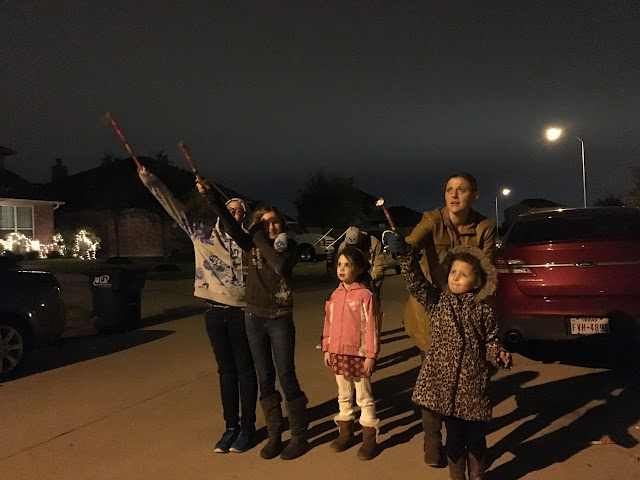 Because my life is so exciting, I spent New Year's Day in my PJs and doing laundry. And y'all probably don't care, but Dulce was quite the little laundry helper! It started when she got in the hamper before I even started sorting the dirty clothes... 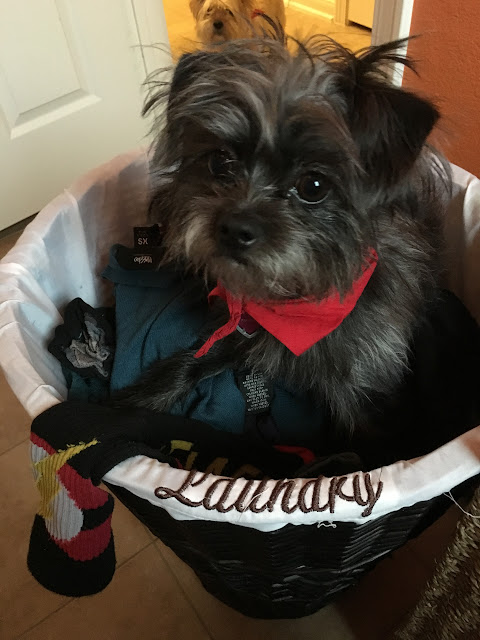 Then she jumped on my chair every time I would dump a new pile of clean clothes there to sort & fold... 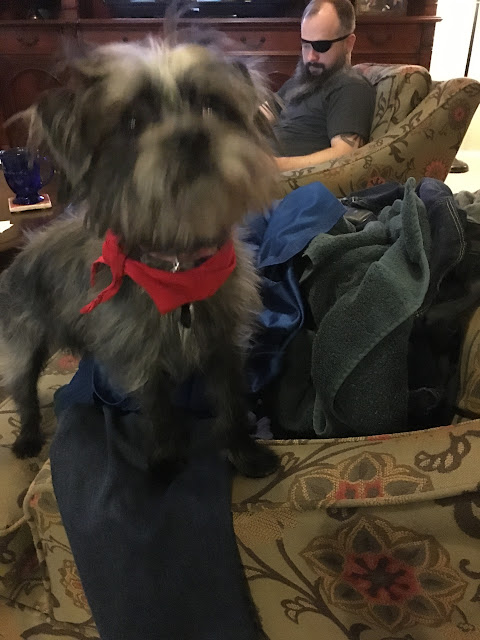 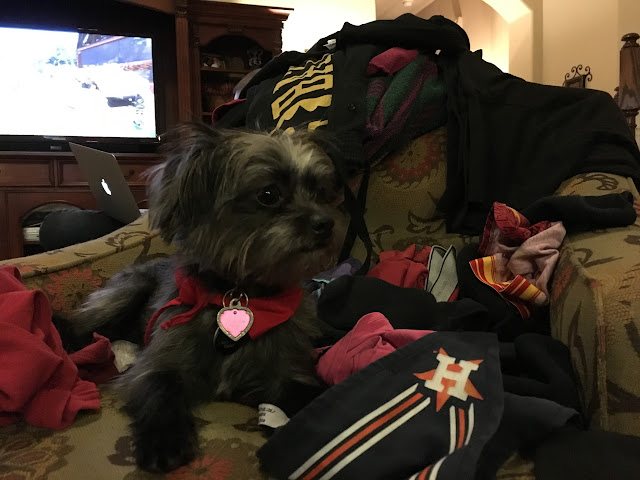 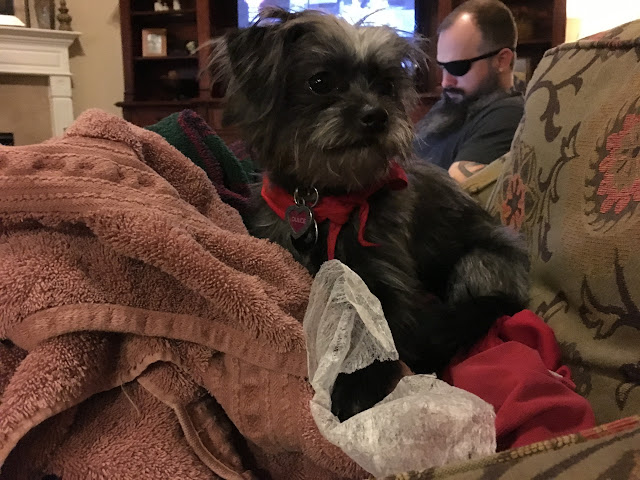 Several loads later, when I went to grab the last of the dirty clothes out of my closet, I found her hanging out in the laundry basket that I was about to pick up! I hadn't touched the basket of whites all day, and that basket is nothing like the hampers that I had been using throughout the day. It was so weird that she would happen to jump in it only a minute or so before I was going to get it. And because I had been documenting the rest of her antics, I set the basket on the counter so I could take a picture in better lighting... 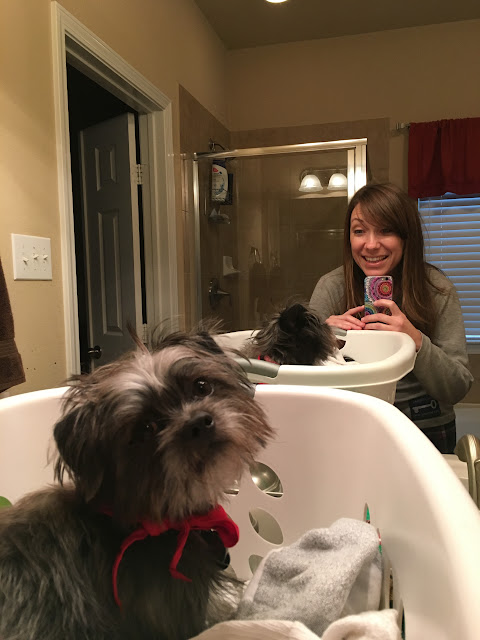 When all of the laundry was complete, I placed the basket full of clean clothes near the bar stools where I place everyone's clothes for them to take to their rooms. No sooner had I put the basket on the floor than she jumped in it again! 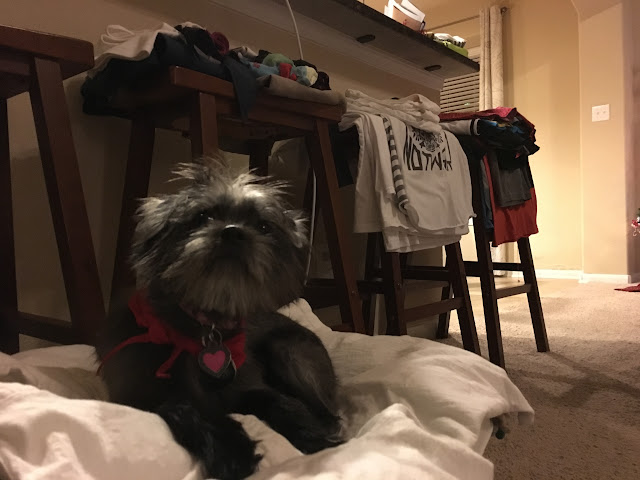 I think she was satisfied with her work for the day! ;)

And because I think this picture turned out cool, I'll close with a shot of a cookie that Elly made the other day! It's peanut butter with a Hershey's Kiss inside it rather than on top! 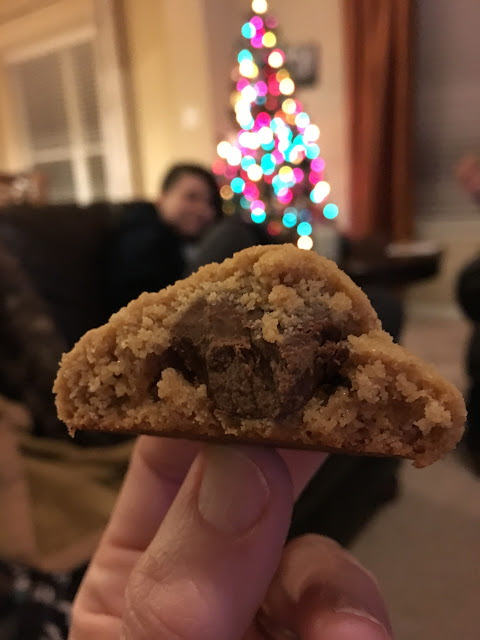 I hope y'all have a super great week! I will try to catch up on your posts soon! ♥