Since I'm three days behind on my Saturday post, I don't even know how to label this one. And there was certainly no point in putting my Saturday graphic on here. I don't know what's wrong with me other than the fact that I just haven't had the time to put posts together lately. I miss communicating with y'all, though!

Now for the randomness that my posts usually are...

I am currently sitting at home in my PJs on our second snow ice day in the past five days. I've managed to get some things done around the house and make some brownies, which is super! The weather hasn't been as bad as predicted, but we do have a little ice on the patio table: 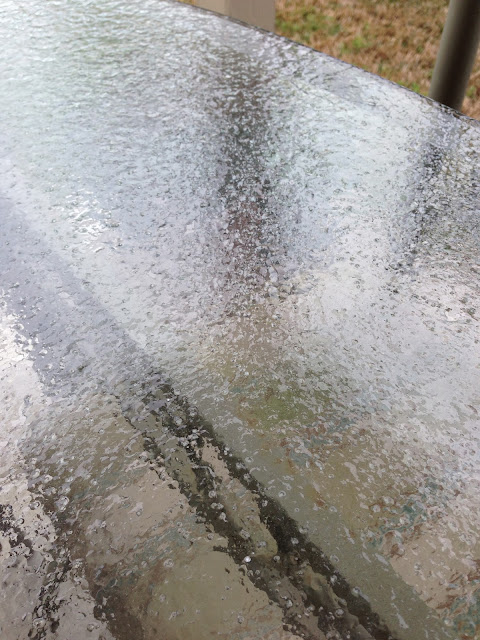 Our midweek studies have resumed at church, so I'm meeting with my Growth Group girls again every week. They also came over on Saturday so we could share Life Stories. We only got through four out of ten, even though they were here for seven hours! We ate twice, if that helps explain anything...

Y'all may have already seen this picture on IG or FB, but I thought I'd post it anyways: 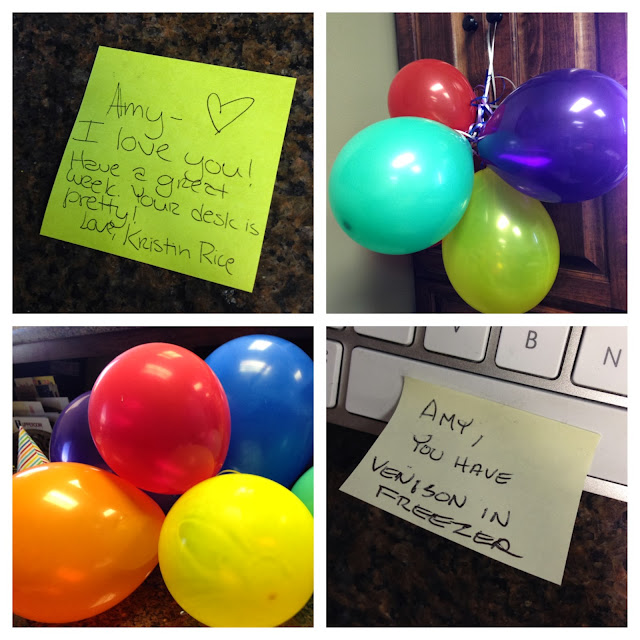 The balloons were left over from a photo shoot for our orphans in India, and the notes were from two of my India teammates. I just now realized the India connection, so I thought I'd point it out to y'all! Yes, I still need to tell y'all about it! Now that Nicole has posted a bunch of pics on FB, I guess I'm safe to say a few things that I was unsure about before. I'll work on that post as soon as I can! For now, I can show you the picture that I got to be in on Sunday! It will be on a birthday card for one of my favorite little girls in India: Poor Silvie sustained some injuries in a minor collision last night. Baby girl and I were coming home from the chiropractor when we were rear-ended while making a u-turn. The guy who hit us was really nice, and a cop saw the whole thing and walked us through the exchanging information process. Nobody was injured, so all is well...though Silvie would probably beg to differ! 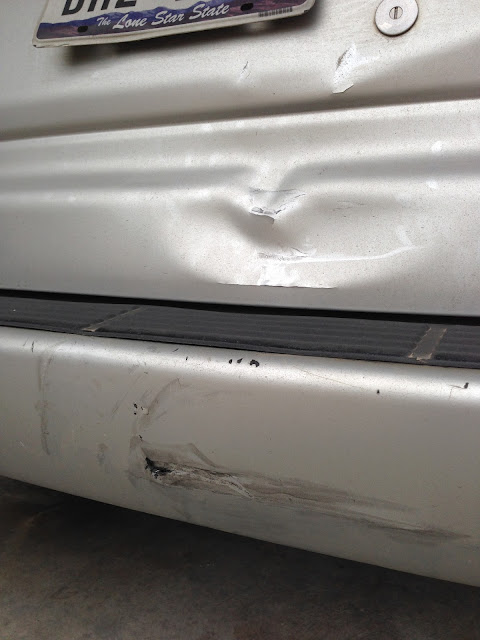 Today's video was just posted on YouTube yesterday, so I'm excited to be able to share it with y'all! And I seriously can't believe I haven't posted anything by All Sons & Daughters yet! I'm failing y'all. Seriously. I've got to get back into this blogging thing, because there's so much good music out there! Not that I'm the expert on good music, but I know a few things...Anyways, other than the fact that I was able to post this video, I also chose today's song for the following line as it related to my Growth Group on Saturday: