This has been a good week! We've had a lot of rain and some beautiful days as well, both of which were needed around here! :) There hasn't been a whole lot of exciting stuff going on, but the usual stuff keeps us busy enough! Aside from the extra hour of sleep that I'm about to enjoy, the only other exciting part of the week has been costume related: Scavengerween & Halloween! I didn't think to ask Amy to email me pictures from her house on Thursday night, but here's a shot of my kids at the church on Wednesday: 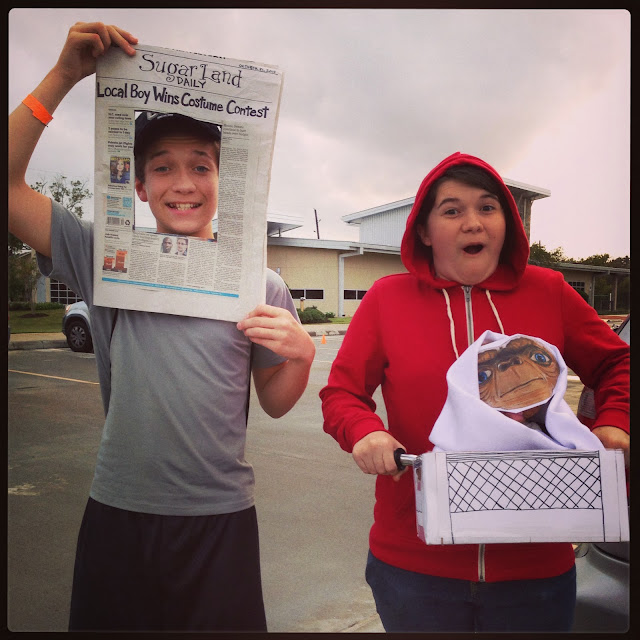 This next statement probably shouldn't be coming from someone my age, but I'm a little bit sorrowful about the release of Superchick's last album. There was a very sad delay in the production of it, which I mentioned in a blog post this summer. That post was about a month before they announced the end of the band:

So this week, I received the new album with both excitement and a little bit of heartache. I've been a fan since their first album. As someone who has either been a teenage girl or worked with them for the last 25 years, I appreciate what Superchick has done for so many young women {OK, and old ones, too!} But I am sad to see the end and know that there won't be any more songs from them. Speaking of songs, I don't really know what I've listened to the most this week. But I love what today's song is about: HOPE! I'll close with my favorite lines...

I hope you're having a super great weekend! ♥

Zion said…
Wow. That is really quite sad to read. Their first album meant a lot to me and I remember dancing to one girl revolution in the streets of Hollywood. They were a really great band. It will be interesting to see what they each come up with next. (I didn't know that one of them was playing for Audio A, but I did know that Kevin Max was sining. It's such a conglomeration!)
November 3, 2013 at 6:54 AM