Jesus, You're the One
Who saved myself from me
So I will be the one
To praise You in the streets

Y2K! Nothing catastrophic happened when it turned midnight, did it?! Do you remember the doom & gloom that was predicted?! Overall, the year 2000 was pretty good for us. Christopher was licensed as a minister in February. “Reverend Butch” had several chances to perform his duties as a clergy member during his first year, but I'll get to that later...

Christopher & I were planning a trip for Memorial Day weekend~our first trip alone since our honeymoon! Dan & Sheryl were going to watch Elizabeth for us, because Dan was wanting me to have a baby on his birthday in February! Unfortunately for Dan, we conceived a little early (they still kept the girl, though)! We were so excited about having another baby, and once again, I absolutely loved being pregnant!

In July, Christopher's 6-month old nephew died of SIDS. It was so incredibly sad. Chris had only been licensed as a minister for a few months & was already conducting a funeral, and his baby nephew's at that. It was awful, and I can't even imagine what it has been like for his sister. He did get the opportunity to officiate a couple of weddings that year, too. His first wedding was his uncle's that August, and then our friend Aaron's in November. I must say that weddings are much better than funerals! I'm sure everyone agrees!

In September, we found out that we were expecting a BOY! Elizabeth enjoyed watching the sonogram video of her baby brother, even though she didn't really understand what she was seeing. One time, she was watching a Veggie Tales video; and when it got to the static at the end of the tape, she said, “Baby Tody!” Too cute!! Anyways, I ended the year weighing more than Chris, as we were getting very close to the birth of our baby boy... 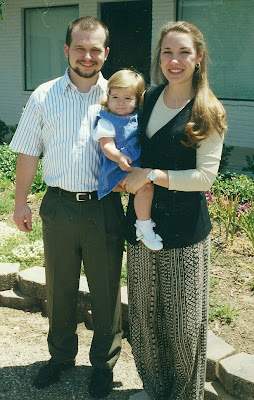 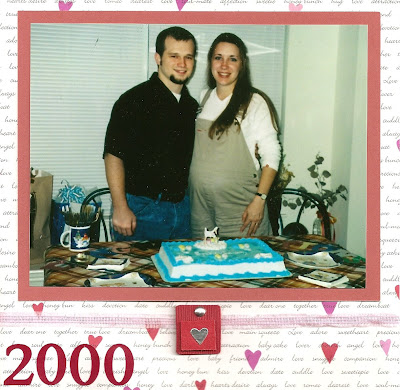