Phil Garner is my all-time favorite Astro, but Craig Biggio is hands down my 2nd. I will never forget the game that I went to with my friend Courtney when I was in middle school. It was one of his 1st games, & we thought he was so cute! He was tossing a ball around in the outfield before the game, & we were hanging around near the rails like silly teenage girls do when a cute boy is involved. I managed to touch a ball that he touched, and I vowed to never wash my hand again! {I did, of course...because that would be really gross!}

Anyways, the Astros retired Craig Biggio's number on August 17, 2008, and I got to be there 'cuz my dad is awesome...He was able to get tickets to the game, and I will be forever grateful to have been invited to witness this little bit of history with him! 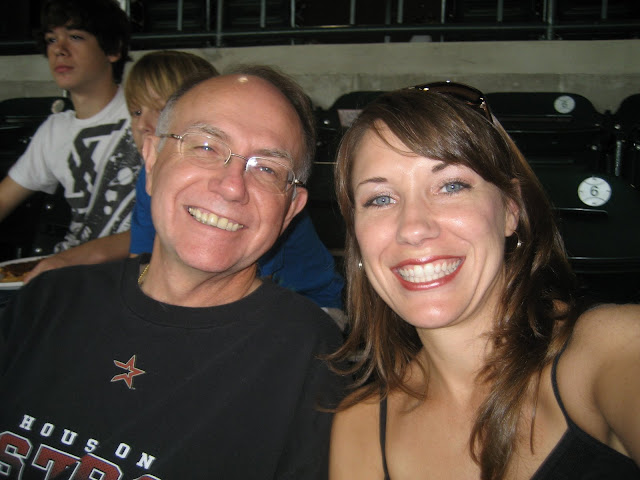 A few of Biggio's accomplishments are as follows: Seven-time All-Star, 1st Houston member of the 3,000-hit club, the most career doubles of any right-handed hitter all-time, and he played his entire 20-year baseball career with the Astros (a franchise record)... 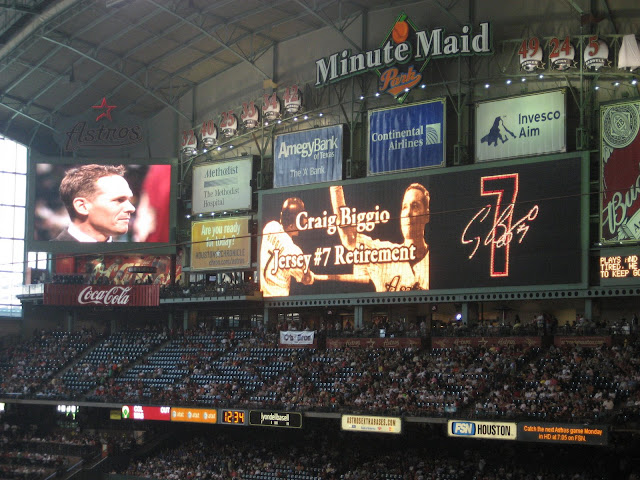 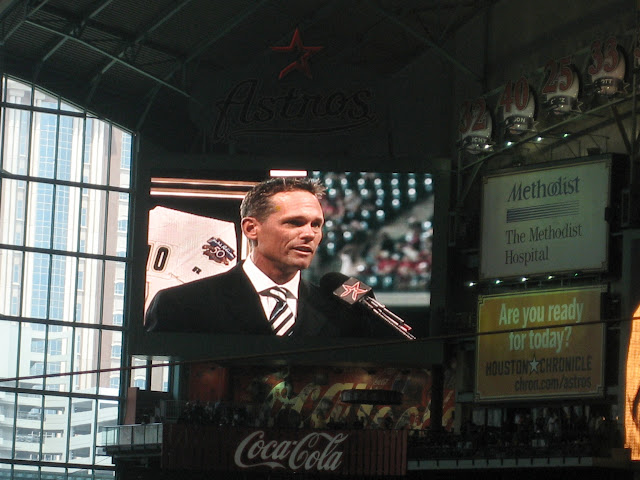 The ceremony took place at home plate before the game. One of many sweet things that he said was, “I think the coolest thing about being an Astros fan is that they love the Astros logo so much. But they surely love the person who wears it more.” ♥ 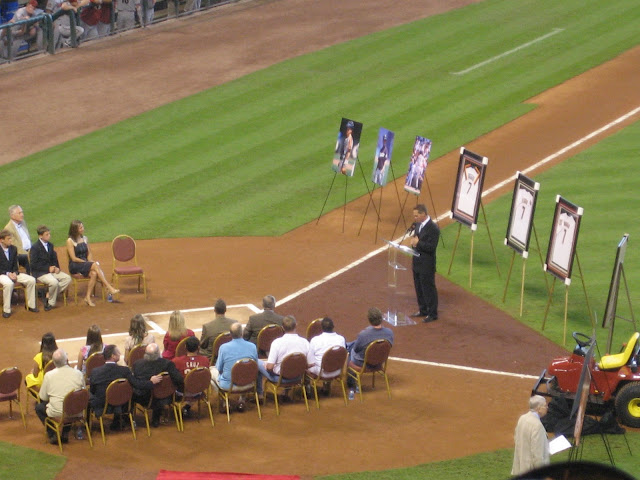 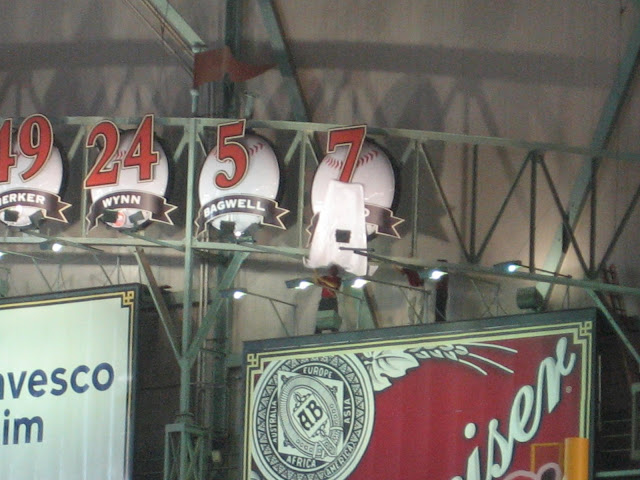 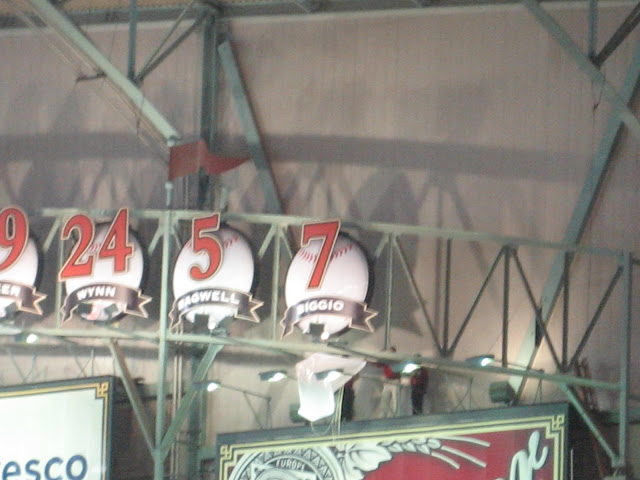 {interesting fact for those who care: There is only one other #7 retired, & that's Mickey Mantle}

Biggio threw out the 1st pitch to Ausmus. It was cute, because at first Brad took about 10 steps toward the pitcher's mound as if Biggio couldn't throw it all the way across home plate! :) 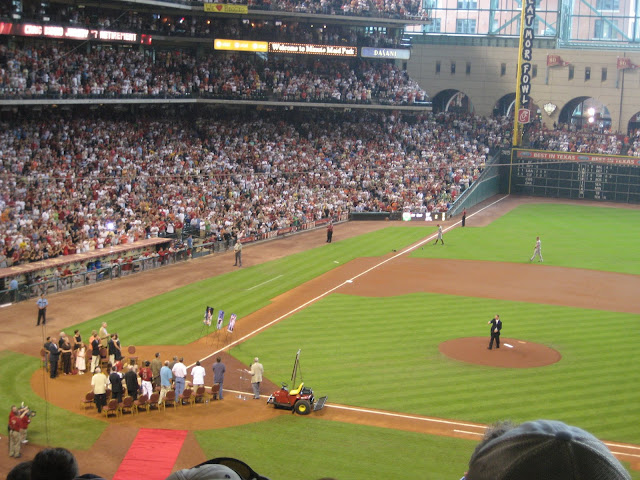 I'm pretty sure I wasn't the only one whose eyes teared up as he walked off the field that day... 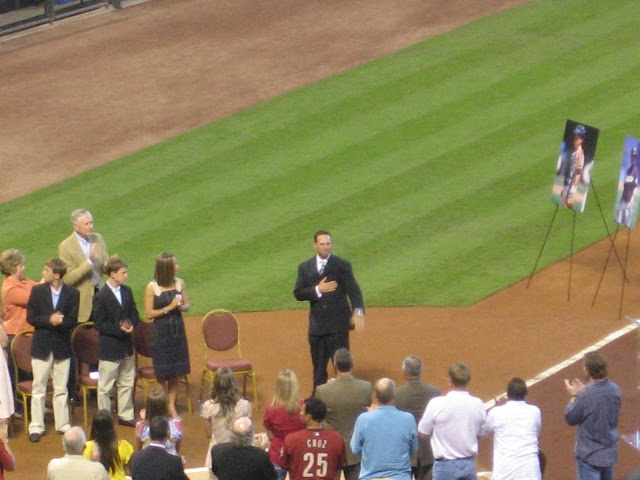 {In case you're wondering, today's song isn't as random as it may seem ~ it's a favorite of his that he had them play a lot of times when he would go up to bat!}