I'm just now posting this because I couldn't figure out what song I wanted to use. {Lame, I know. But that was my holdup. I had everything else done!} I decided on this song because this is the message of one of my favorite people in the whole wide world, who came to visit from India in May...Beek!

This was his first time to visit the United States. Lance and his church hosted him for most of his visit, and he traveled to Florida for a brief visit with supporters there, but he spent some time with several of us from my church, too! He shared a bit about what's going on in India during all three services... 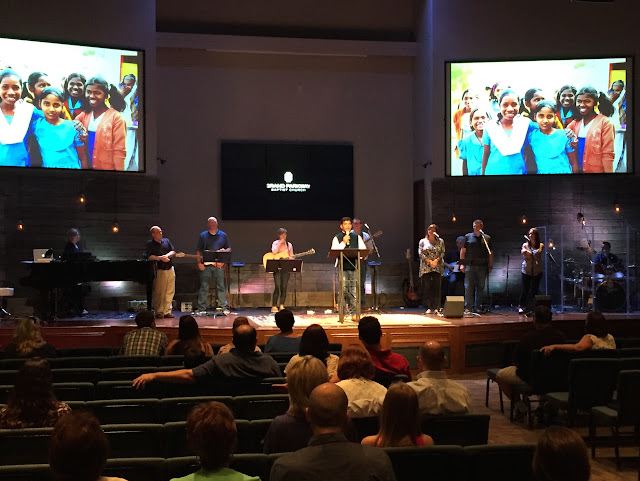 Then he shared in more detail at a lunch afterward. We were able to pray over him, too, which means so much to him. 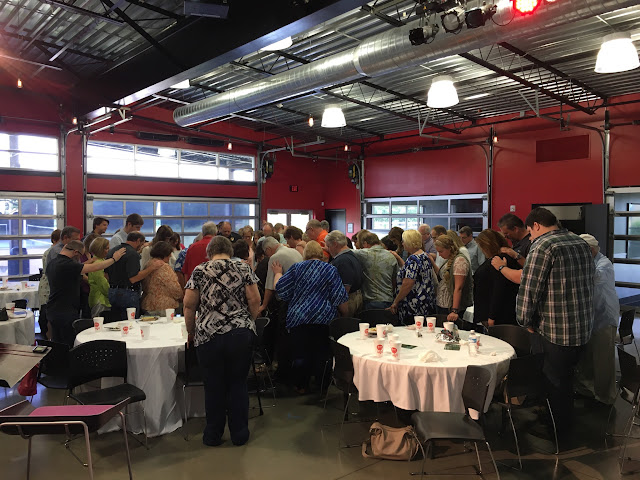 My mister and I got to spend the next day with him! We took him in to Houston so he could see more of the city, and our first stop was coffee at Blacksmith. We happened to run into Mallory, who was so kind as to take this picture of us! :) 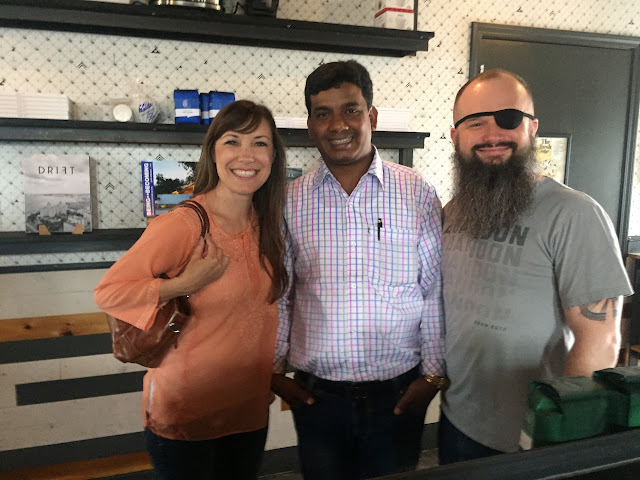 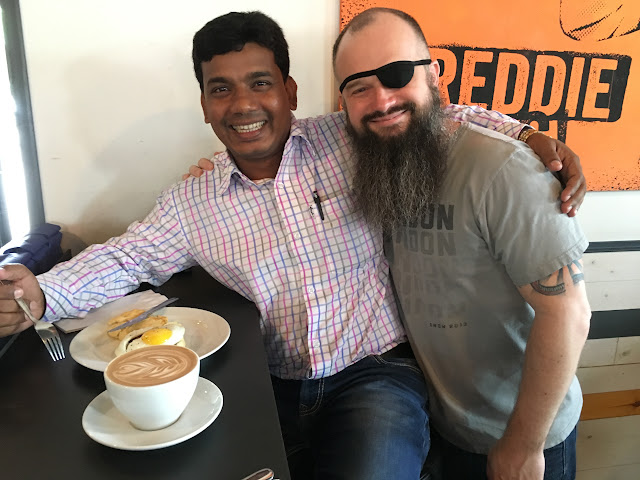 We joked that we were doing hipster things, because not only did we visit a hipster coffee shop, but we also visited a hipster lunch spot! 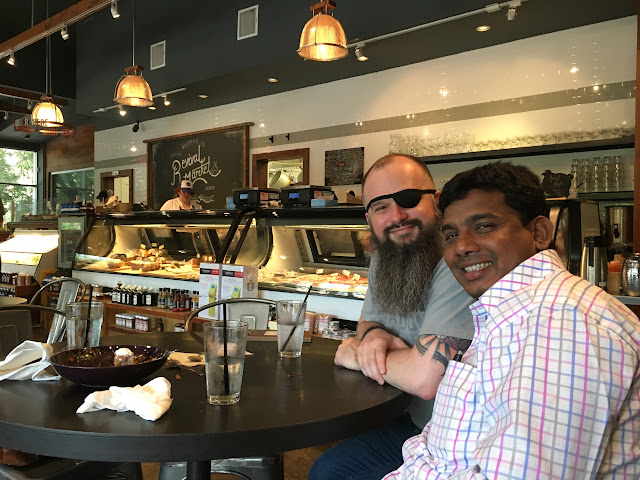 Between coffee and lunch, we did touristy Houston things. I loaned him my camera so he could take pictures of anything that he wanted, and he loved it. He took so many pictures, and I took quite a few as well! At first, I wasn't sure if he'd enjoy the things I had planned for the day. It was already hot outside, and most everything involved being outside. But as we were finding a parking spot at Hermann Park, he saw a few of the area landmarks and said that he wanted to see them. Score! 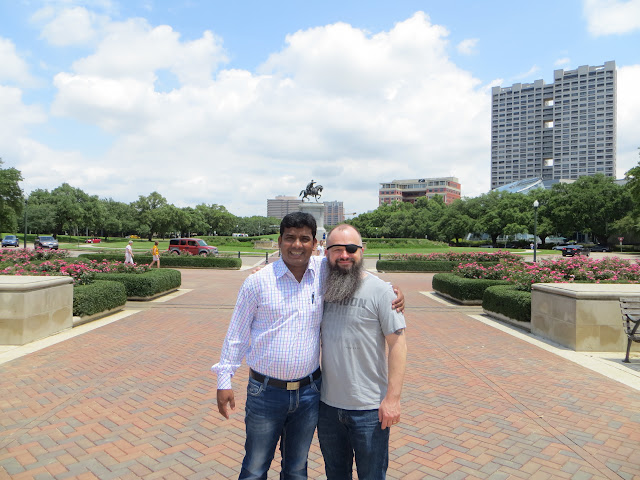 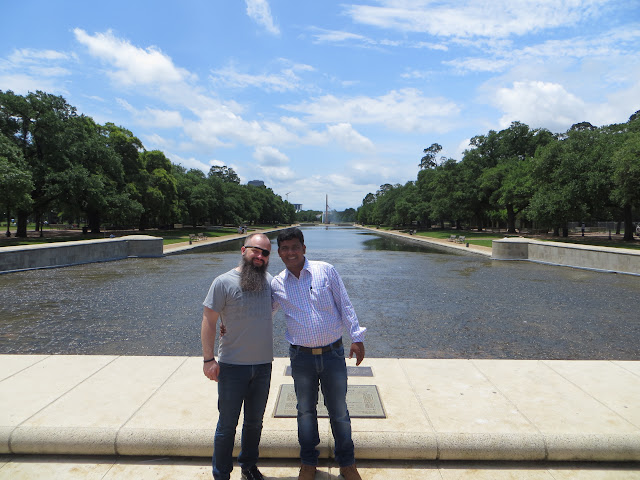 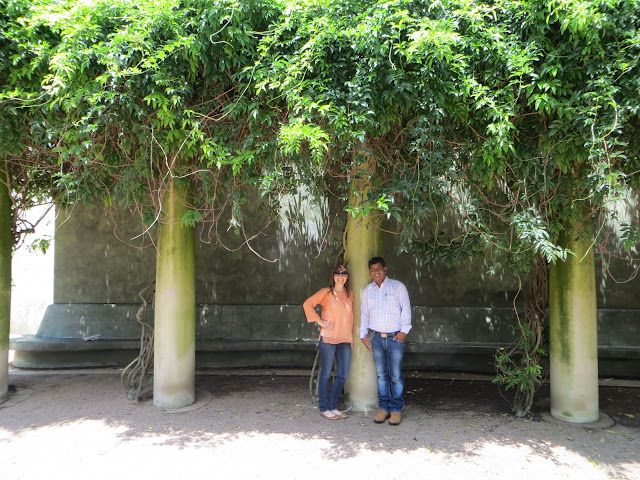 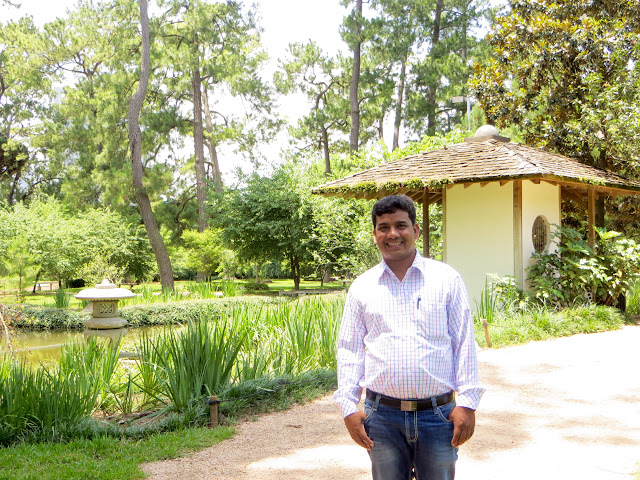 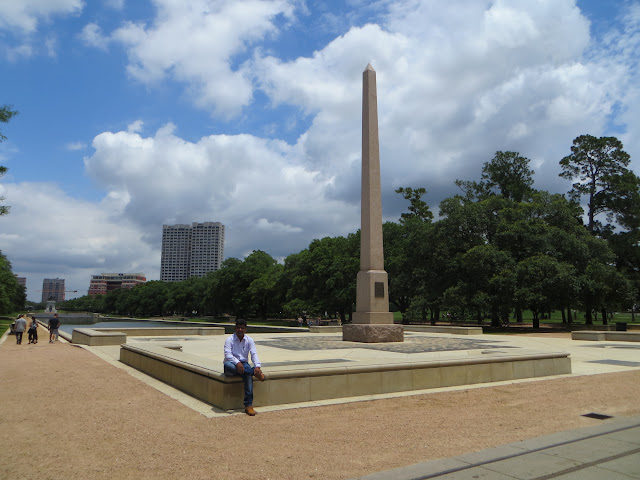 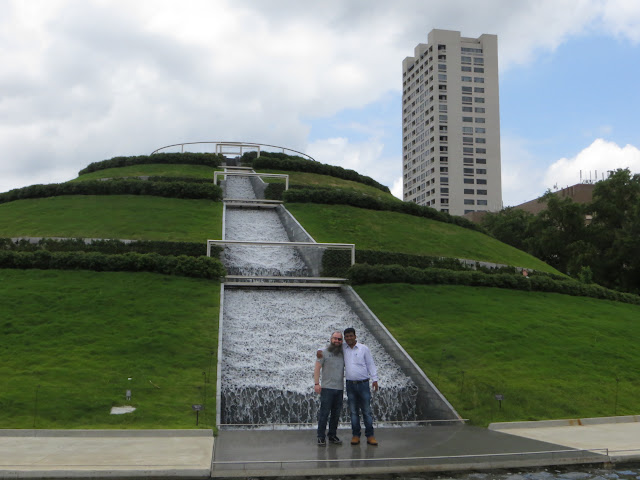 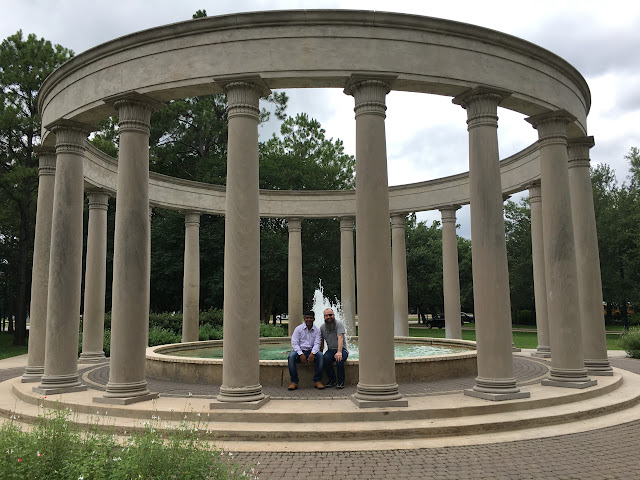 After Hermann Park, we stopped by this fun landmark! 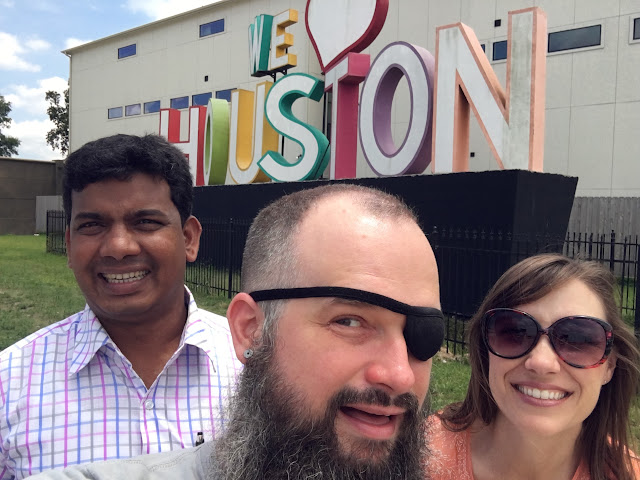 Then we went to the waterwall, which he really enjoyed! 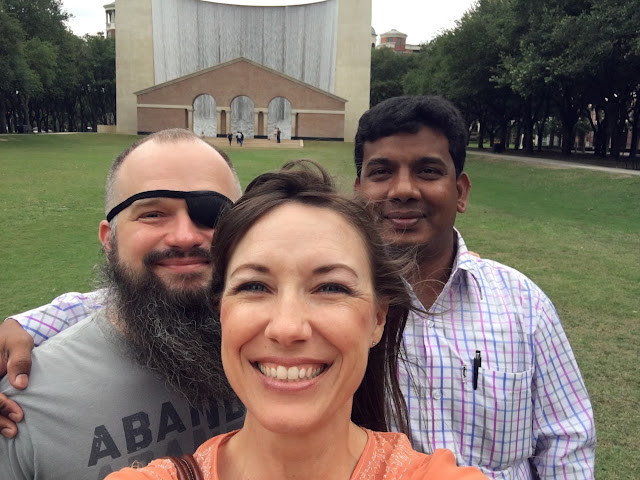 He kept saying that he wanted to see my house, which was great because I had planned on cooking dinner for him there... 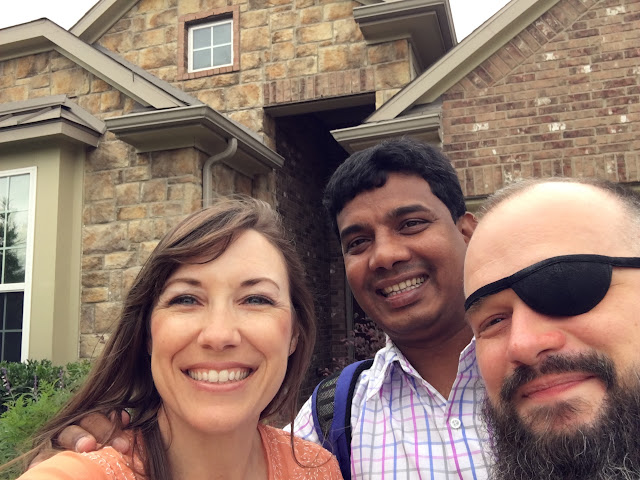 ...but he ended up cooking half of it, because I was cooking Indian food and doing it wrong! :D 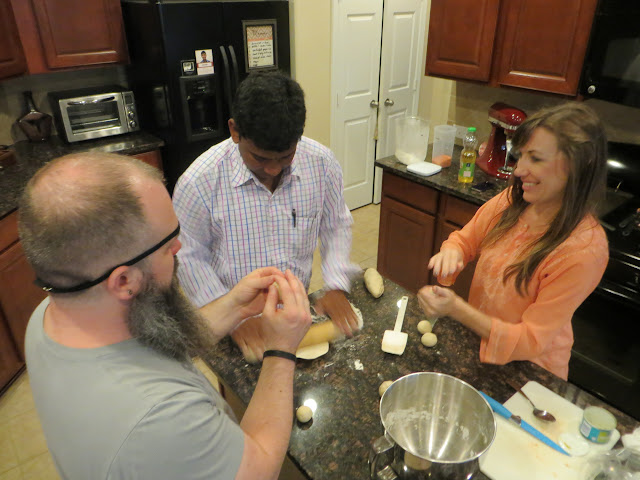 It was such a GREAT day!! 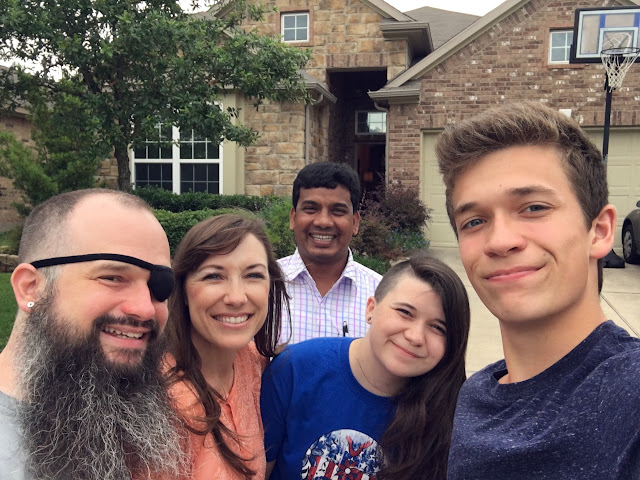