I told y'all I'd schedule a post after my weekend wrap-up! Two posts in a week, y'all... ü

We stumbled upon a new Fourth of July tradition last year: dinner with Dad & Chris, followed by fireworks with Lance's family! I make traditions pretty quickly...If I like something, one time is enough to consider it a tradition! ;)

Dad & Christina came over, and we grilled some yummy goodness. I totally failed to get a picture of them or our delicious salmon, but I did take a picture of our desserts: 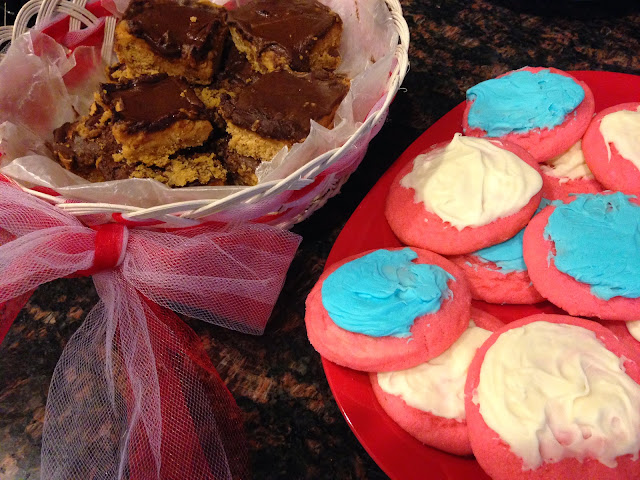 Funny story...the desserts were actually Jana's! She forgot them when she went out of town, so she asked me to get them and eat them. So I had to. I mean, what else could I do? ;) {Your plate & basket are in my van, Jana. Wanna guess how many times I'll pass by your house &/or see you at church before I actually give them to you?!}

A storm rolled in around an hour or two before dark, so we were a bit concerned that the fireworks would be cancelled. The storm ended up passing through, and we had a bit of a reprieve before the next storm made its way our direction. Good thing, because Plan B was to watch some firework videos on YouTube, and we didn't know about any of the drone firework videos yet!

Lance & Mel saved us a spot so we could watch fireworks with their family again! 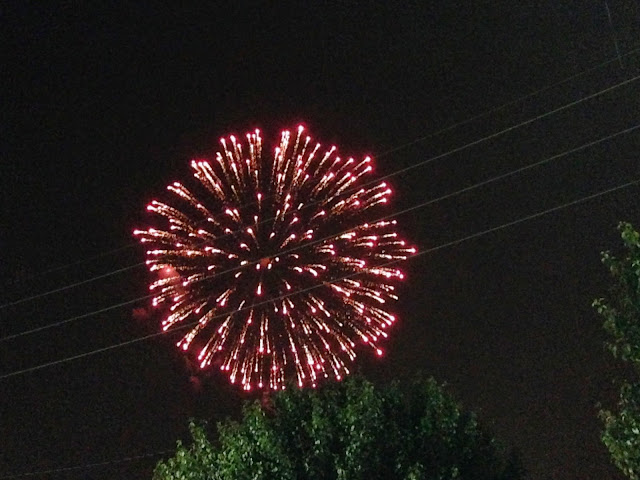 While we waited for them to start, Lance brought out a family pack of fireworks that he and the kids played with! There was another Pop-its war... 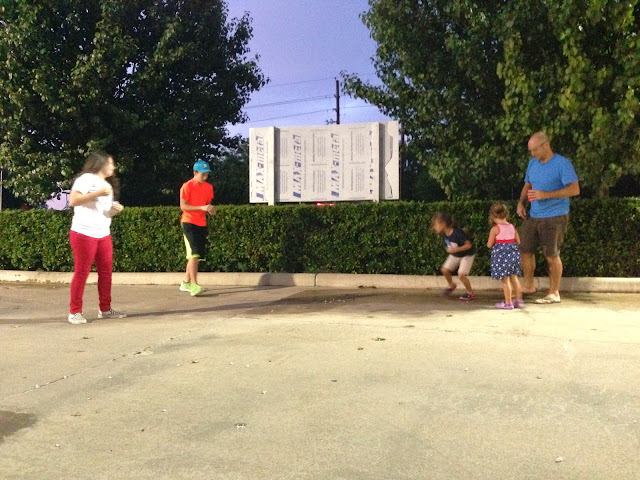 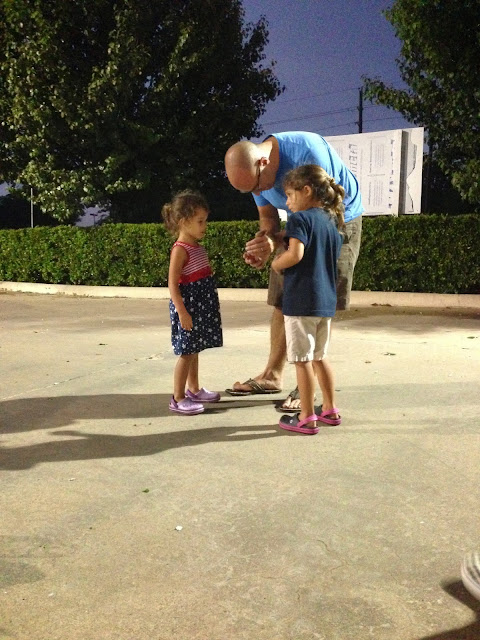 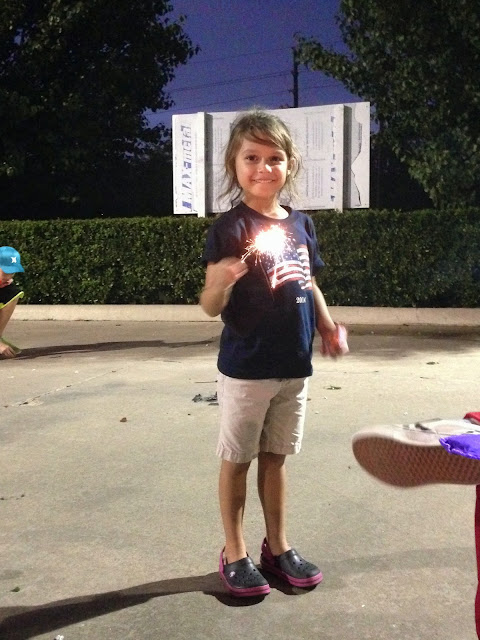 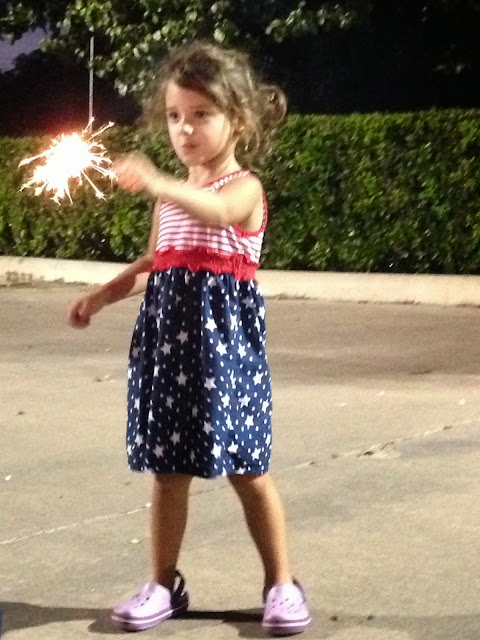 The kids enjoyed the colored smoke bombs {Except for white...that wasn't so impressive. It just looked like regular ol' smoke!} 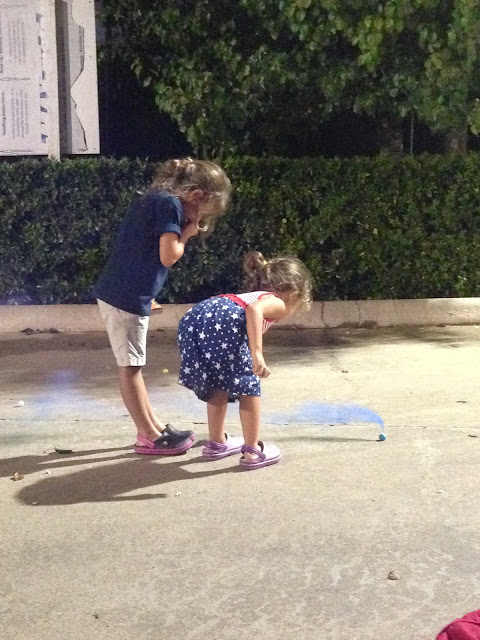 Cody pulled the back seat of of the van... 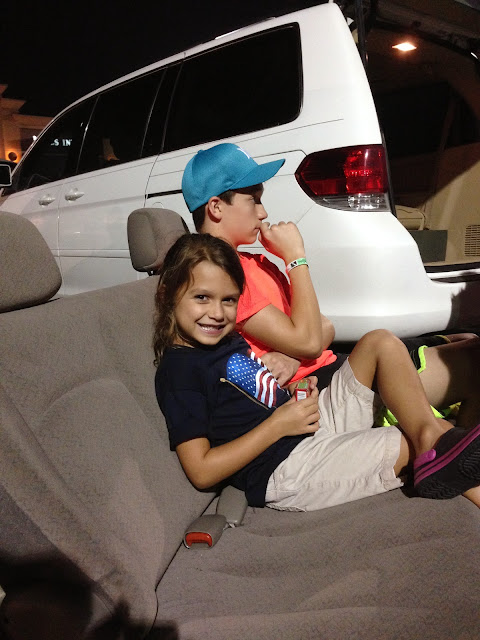 ...which provided seat for all four of the kids (not necessary, though, because each of them had their own camp chair)! 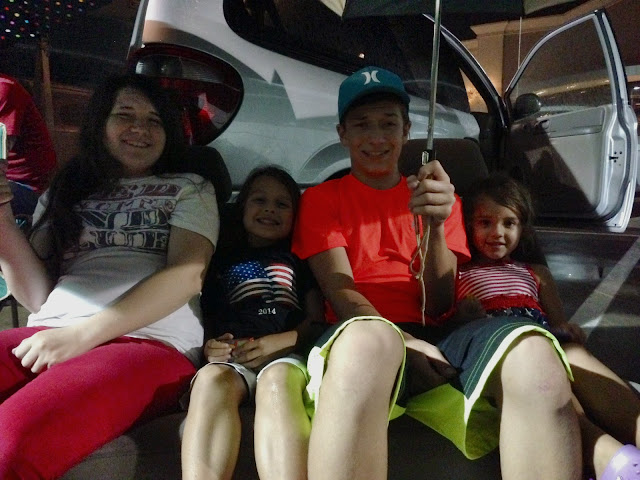 We had to bring out the umbrellas by the end, but it was worth it to enjoy our little tradition with these beautiful girls and their family! Is it too early to call dibs on holding baby Moses next year?! ♥

Brooke said…
those cookies look incredible!!!
we weren't smart enough to set off the smoke bombs before it got dark #fail
July 16, 2014 at 1:43 PM