I had such a fun time this past weekend! I went to a little slumber party in Houston with Jana, her sister Julie, and Julie's best friend Brianne to celebrate Julie's transition from Bachelorette to Bride! Jana & I got to the hotel suite a little early so we could decorate: 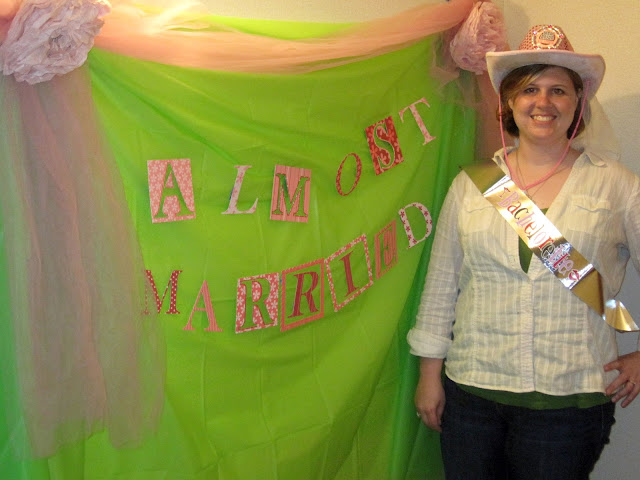 {no, we didn't make Julie wear the hat & sash everywhere...}
{Do you see those teacakes? I'll tell y'all about them in another post!}

We went to The Cheesecake Factory for dinner & took our cheesecake to go {we were too full to eat it there ~ but you can't go there & not get dessert!} There's a Charming Charlie's at The Galleria (where we ate), so we browsed around in there for awhile after dinner. They have some super cute stuff, but they had some crazy weird stuff, too! I wish I had thought to take pictures of the awful peacock & lightning bolt necklaces...

We took our cheesecake back to the hotel, & then we walked down to Pete's Dueling Piano Bar! I've never been to one before, but we'll call it an experience...I have to confess that I'd rather they skip the dueling part and just sing songs with the appropriate lyrics. But I definitely enjoyed when they did a little 80's medley! :) 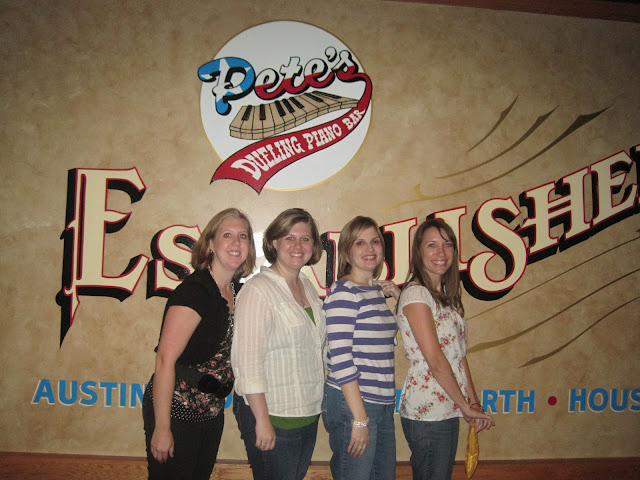 After Pete's, we went back to the hotel & ate cheesecake, played Draw Something (ü), and stayed up way too late talking about wedding stuff! In the morning, we decorated the bubble bottles for the wedding and went to Craftex to pick up a few wedding decorations. Then we went to an Astros game! 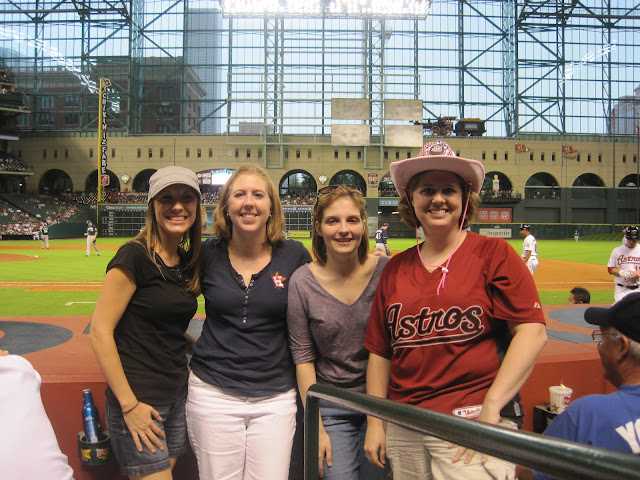 The Astros won, which is always super great! It was a pretty exciting game: the Brewers' pitcher & manager got thrown out after the second batter, Jason Castro accidentally threw a bat that almost hit Chris Johnson, and I got to see RR Mama! :) Overall, I think everybody had a great time! I mean seriously, a bachelorette party at an Astros game?! Sounds perfect, doesn't it?!

P.S. Today's song has no significance to this post other than the fact that Julie, Jana, I & like it! :) All "GNO"-type songs just didn't fit us (or the weekend) at all...
Email Post
Labels: friends