Howdy! Once again, I'm a week late on my weekend post. I really don't want this to become a monthly thing, but, gosh...I just can't seem to find the time to post more regularly. And I'm so far behind on your blog posts that you've probably given up on me! I'm so sorry!

Though my life hasn't been super crazy, here are a few things that have occupied my time lately...

We got to babysit Clyde & Nicole's baby girls -- both of them for the first time! 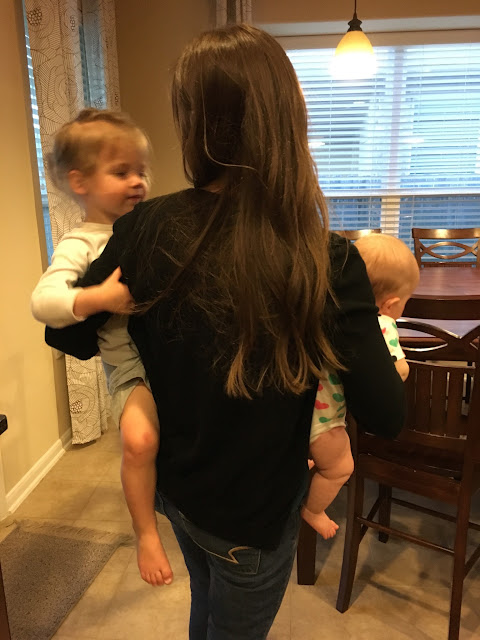 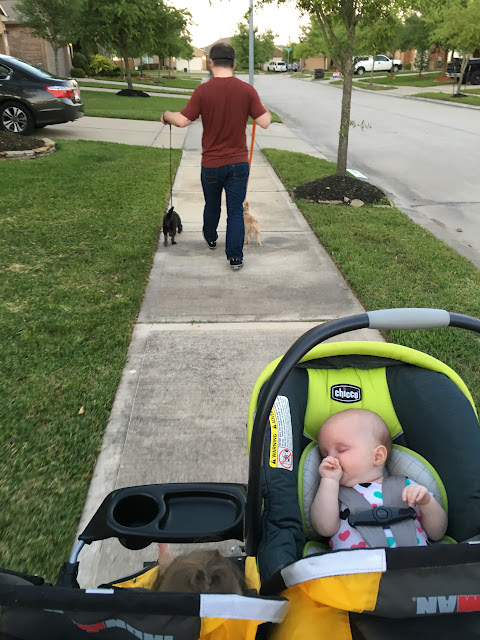 Jenny & Tyler performed at the Warehouse, but I decided to write a separate post about that! ü

I attended my church's women's retreat last weekend! My new friend, Michelle, rode up with me on Thursday evening. She's the wife of our new Connections Pastor, and I've spent a little bit of time with her since they moved here last month. But it was great getting to know her more on the way to the retreat and back! We left after work and stopped for dinner on the way up, so we got in pretty late. We still had a chance to play a couple of games before heading to bed, though! Friday was a free day. I could've gone in to Huntsville for lunch and shopping but decided to enjoy no agenda at the lovely camp! Though I went in to the nearby town for lunch with Amy, Kyla, and Kim, I spent a lot of my day taking walks around the lake on several occasions with several different people. It was so beautiful! 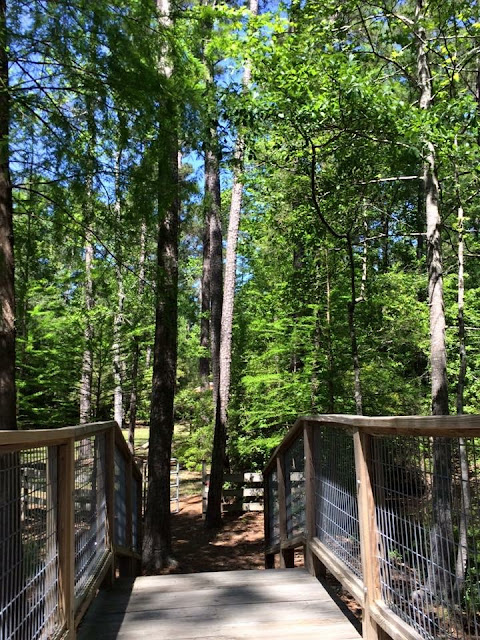 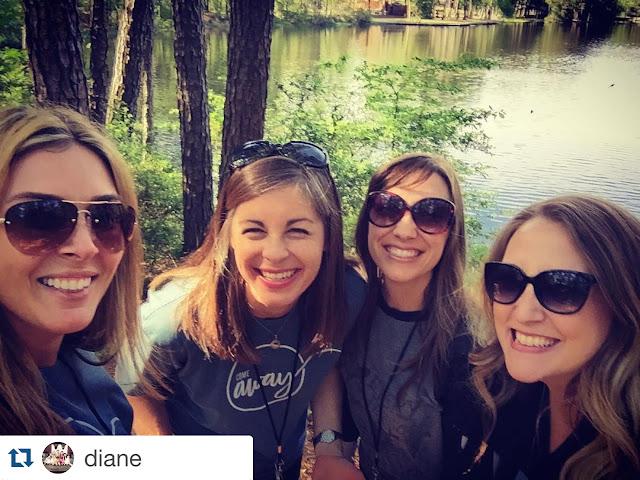 After dinner, evening worship, teaching session, and small-group time, we stayed up way too late playing games again on Friday night! The morning consisted of breakfast and another worship/teaching/small-group rotation, then we had free time again after lunch. I took another couple of walks around the lake with different people, which I enjoy so much because it allows me time to either get to know them better or reconnect with them. I also enjoyed watching the foosball tournament and talking with some other ladies who didn't play. 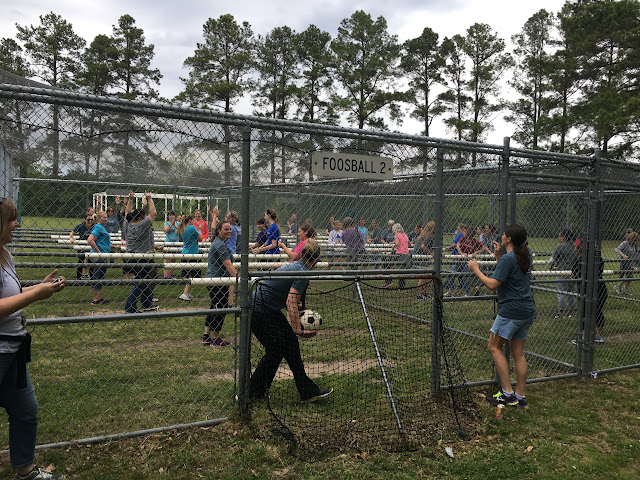 Though I didn't get a whole lot from the speaker, I thoroughly enjoyed the music! Donna Stuart led worship for us again, and I just love her heart. 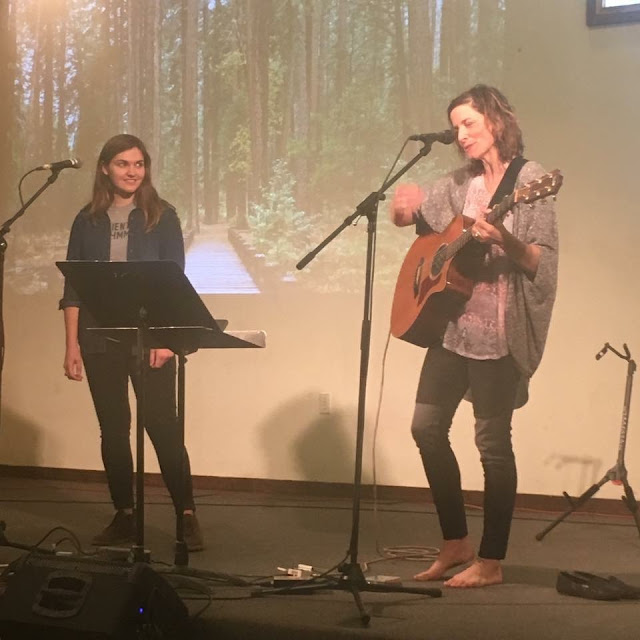 We had one last worship/teaching time before we loaded up and headed out. Michelle & I enjoyed dinner with Jana & Felicity on our way home! After a retreat, I usually read over my notes and think about all that I heard and experienced. What's probably a little bit odd is the fact that what keeps resonating with me is one line of today's song (that was sung a few times over the weekend)...

So let go, my soul, and trust in Him.

As for this past week...

We had Rick & Theresa's family over for dinner one night. Our boys had caught some fish in the Gulf while out with their friend, Trevin, for his birthday. We had it all in our fridge for some reason, so we invited their family over to enjoy it all together. It worked out great, because they were in the middle of an unplanned kitchen remodel and didn't even have running water in their kitchen! They had been eating out most of the time since Spring Break, so they were glad to have a home-cooked meal. We had a nice evening. Though I didn't take pictures, Julie sent me a shot of the boys with a couple of fish: 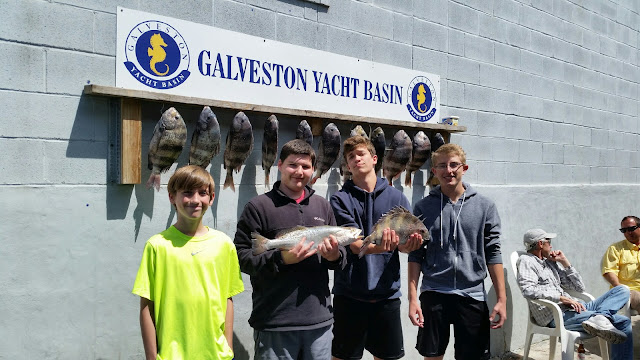 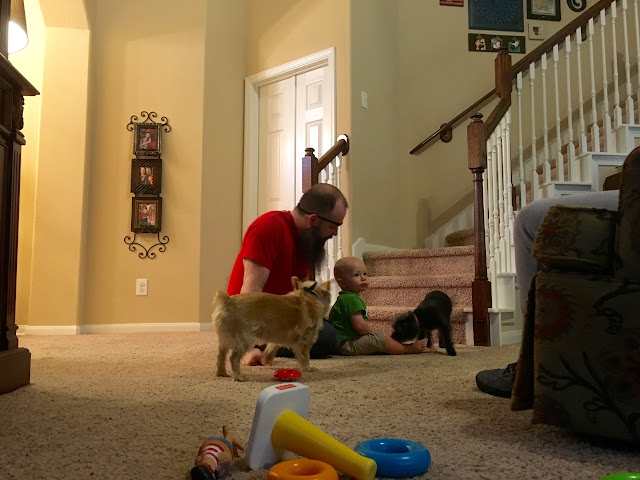 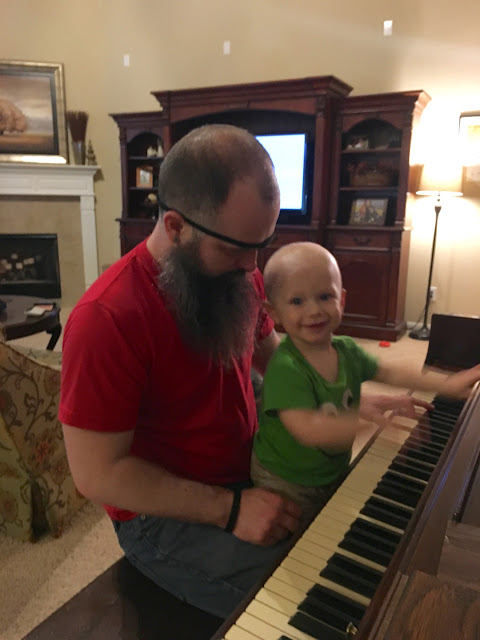 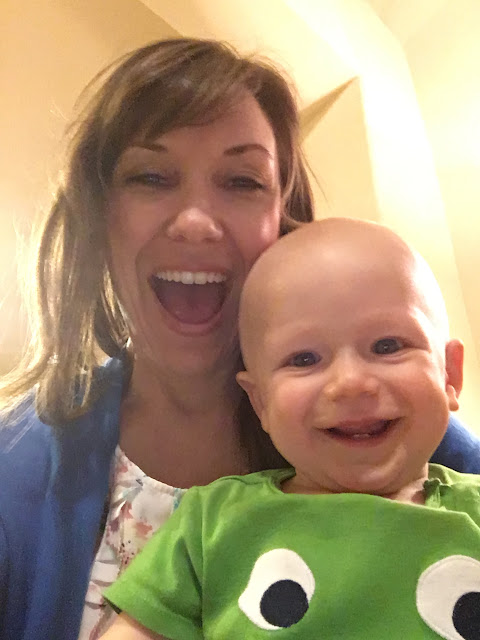 Cody's district meet was on Wednesday. He ran the 3200 and finished 7th/8th out of 10 (he crossed the line at the same time as another guy). The top six medaled. Not too shabby for a freshman on varsity, but this season was just so discouraging and disappointing. I don't want to speak poorly of anyone, but I will say that his training didn't seem to be what it should've been. And though he got close (with a time of 5:04), he didn't have much of a chance to meet his mile goal of 4:XX for several reasons: 1) He only ran it twice and only did one timed trial (pre-season, at that). 2) He wasn't trained for it, so he didn't have an opportunity to know his pace. 3) Most of his distance training was with girls and for the 3200 (not the 1600). I saw a marked difference between his improvement and his friends at our rival school. It's amazing what a difference hard work and proper training can do, and I'm just sad for Cody. Maybe this seems like a minor thing to you, but please pray for wisdom for us regarding what to do for him...if we pursue a team or trainer outside of school, look into a summer and/or winter program, research training programs online, or just let it go. I haven't had a chance to feel him out, but I really don't think he's wanting to let it go. He has such a natural ability that I hate to see it go to waste. Anyways, sorry for the rambling. Just keepin' it real. 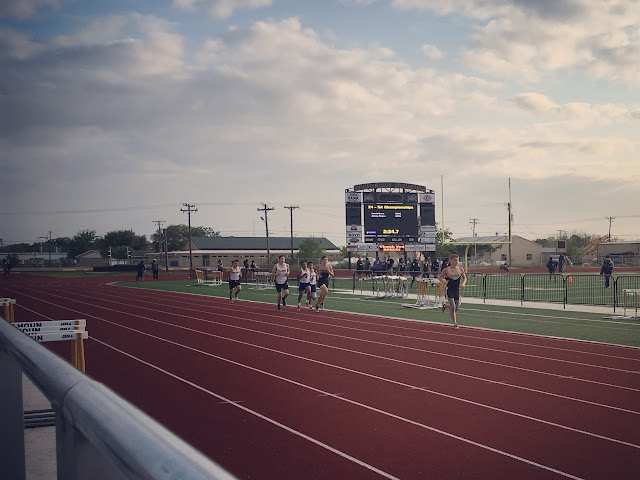 On to more pleasant things...Dulce and I spent some time in the backyard yesterday! 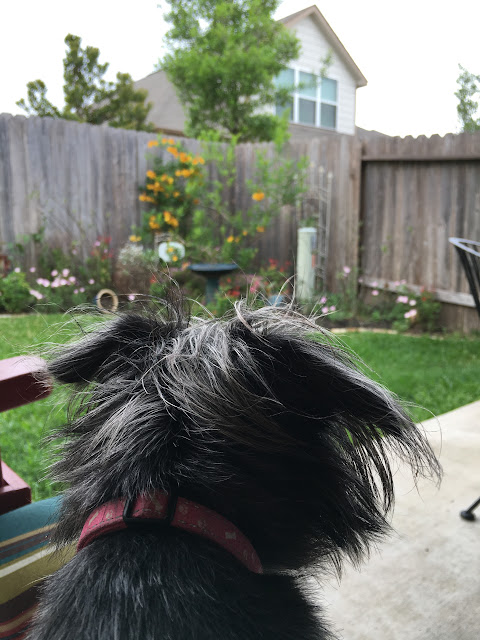 I hadn't touched the garden since last fall, so I had some cleaning up to do. I love that there's still a bunch of color, but the opposite corner from what is pictured above had gotten out of control. That's the positive and negative of planting native. I ended up cutting my lantana way back, and I'm hoping I didn't wait too long to do it! We've probably been past the danger of frost for a month now, and there has already been a lot of growth. They're super hardy, though, so I'm thinking they'll fill in alright. Maybe I'll remember to take a picture soon, and we'll see how they look in a few months.

Optimistic Existentialist said…
Wonderful and heartwarming series of photos :)
April 19, 2016 at 2:15 AM