I had another nice week! :) For the most part, it was the same as usual. But there are a few things that stand out...

...a major MISspeak that's actually too embarrassing to post in my series!

...dinner with my Dad, P-Dub, Aunt Linda, my cousin Robin and her daughter Kalie {I don't think I ever told you that we're calling my new stepmom P-Dub! It's sort of a long story, but briefly... Lance helped us come up with it. He sometimes refers to me by my initials (AE), so I'll call him L-Dub because his initials are LW. At the Christmas Eve service, Dad had just gotten married. We were discussing the fact that his new wife couldn't go by GG anymore, because that stood for Grandpa's Girlfriend. Dad doesn't go by Grandpa anyways. He goes by Poppy. So P-Dub is short for PW, which is the abbreviation for Poppy's Wife!}

...the Women's Retreat with around 100 ladies from my church!!

Kristin and I rode up to the retreat together on Friday. We talked, listened to good music, and took this selfie (or whatever you call a picture you take of yourself with another person) in a small bluebonnet field on the way up: 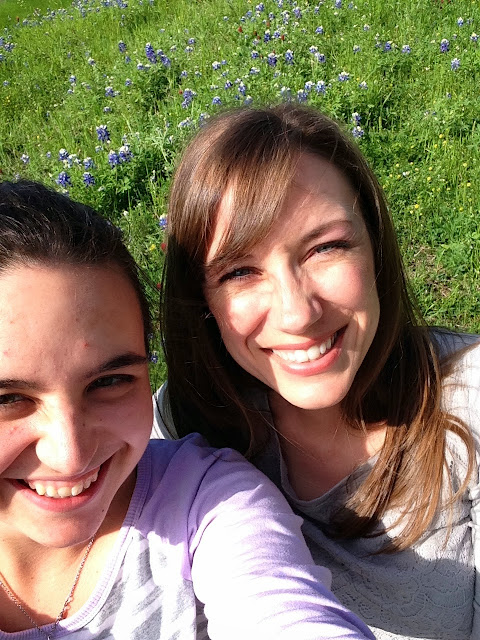 We also had a great time on our way home! We ate dinner with Sheridan before heading home, and the three of us enjoyed a hilarious group text that began while Sheridan was in line for the restroom and ended with me nearly wetting my pants! Good times...! ;D

During free time at the retreat, Amy took pictures of several of us acting like kids on the playground! :) 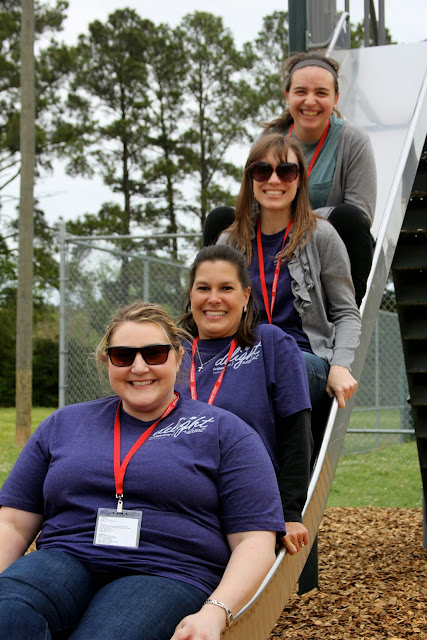 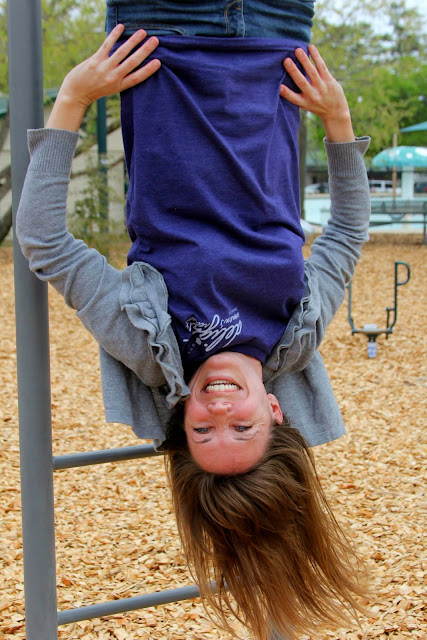 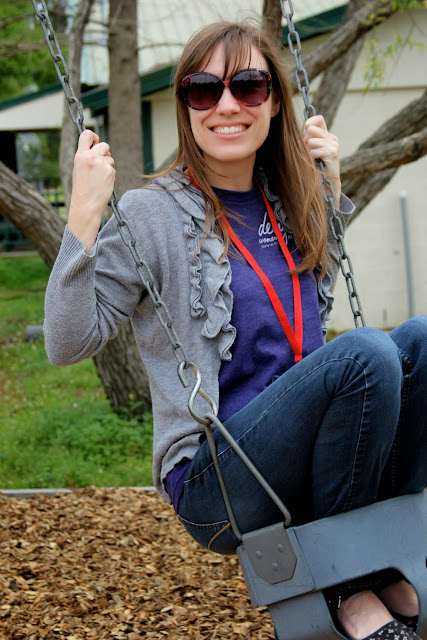 Aside from the silliness, we also enjoyed some delicious food and delighted in God, His Word, and His people. My main "takeaways" from the retreat are as follows:


And all of that goes perfectly with today's song! There really is a beauty in brokenness. I have come to know God so much more intimately through brokenness than I ever would have if I had not been broken. And I am so grateful, because He is so worth it!

Brooke said…
looks like you had an awesome time at the retreat! :) a couple different churches had them this past weekend. i've been praying that what was learned will truly take in the lives of the women who went. i'll add you (and your friends) to that list
April 7, 2014 at 8:55 AM