I've been wanting to post this song for awhile now, but I haven't been posting much of anything, huh? I really want to be better at this, I promise!

So I completely forgot to update y'all on the whole scan situation...It looks like it could take up to 30 days for the appeal process, but I'm not sure when the 30 days will start. When we needed to appeal in the past (which was pretty much every time), the doctor's office started the process as soon as they got the denial letter. They didn't do that this time, though. When Chris realized that and called the insurance company, we had passed the cutoff date for a simple appeal process where the doctor could have done a peer-to-peer review and most likely had the scan approved. So now the doctor has to write a letter. He was going to dictate that last Thursday but still hadn't done it on Monday. We didn't hear anything later in the week, so I have no idea where things stand at this point.

I also forgot to tell y'all that I met with my favorite students for discipleship groups last Sunday. I'm excited about what we'll be studying for the next six months or so! We're reading The Furious Longing of God by Brennan Manning and leading them in studying their identity (which I studied both last summer with some girlfriends and last fall in Growth Groups). Good stuff!

I got a new desk at work last week!! I totally forgot to take a picture, but I'll try to remember to do so this week. It's so pretty! :)

I also got a new leather jacket!! I had a super cute faux leather jacket for years, but it tore apart before Christmas. I looked all over for another one, but I had a hard time finding a replacement. There are black ones everywhere, but I was looking for a dark brown one. Laurien and I went shopping last Sunday, and I managed to find one for 80% off!! I got the following text from her later in the week: 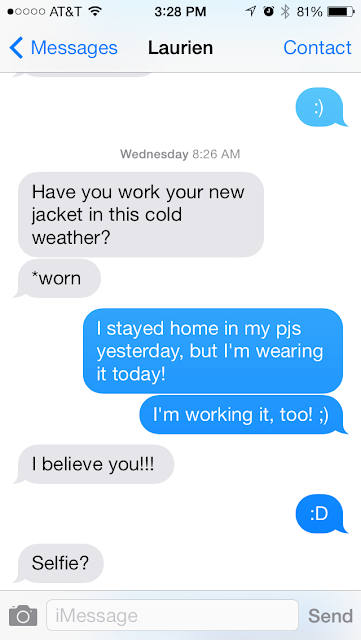 I gave in to the pressure and sent her the following: 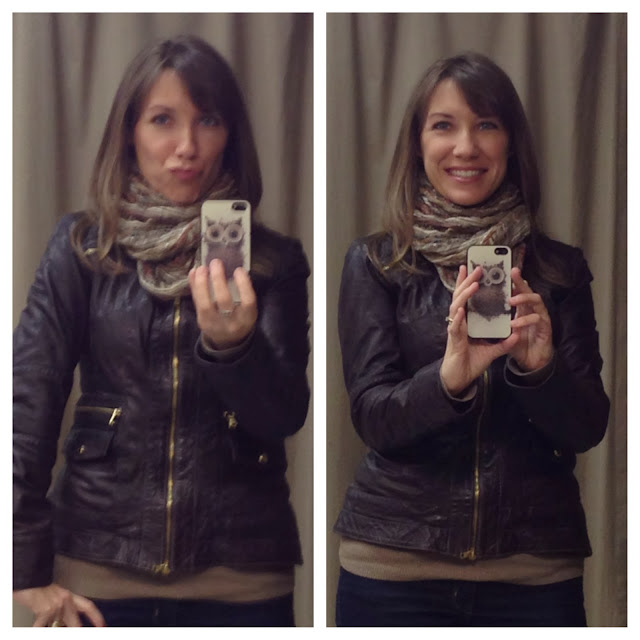 {I'm obviously not a pro at selfies or duck face, but I was trying to give her some attitude...}

In celebration of Marcie, I had lunch with my birthday girls on Friday!! We didn't think to take a picture, though :/

Baby girl and I went to my girl Kassie's basketball game on Friday night: 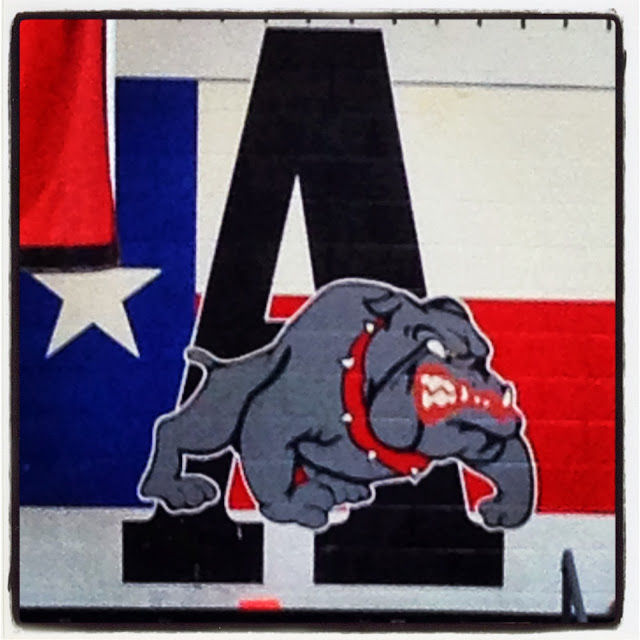 I did a little shopping yesterday! I'm in the process of redecorating the kids' bathroom. Between gift cards, sales, and coupons, I haven't spent much money, which is super because I don't like to spend much money! :) I'm making it India-themed, so it's got a lot of color. I don't plan on painting it, but we'll see if I like how it all comes together with builder's beige walls. I hope to get a couple of things for the walls this week and plan to show y'all a picture next weekend. For now, here's a peek at the shower curtain: 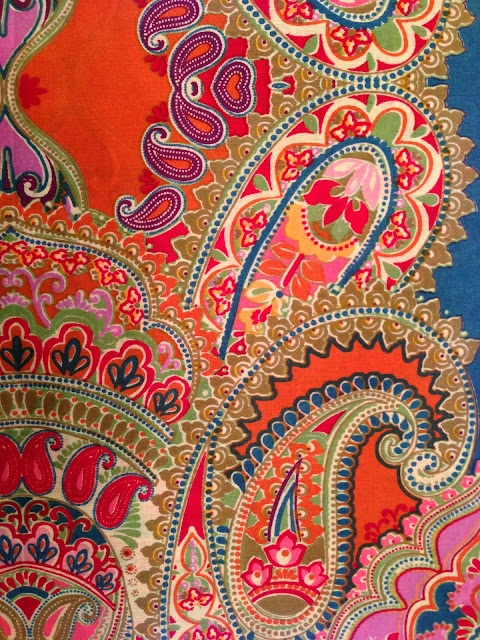 That about wraps it up! I've got to get ready for a "Big Game" party with our Community Group tonight! I hope y'all have a super great week!! ♥

Zion said…
Oooh, I like that shower curtain! I think it will be probably be nice to have some neutral walls with a lot of color in the textiles, but I haven't seen the bathroom. Sorry for all the frustration with the appeal :(
February 10, 2014 at 3:48 PM