So I'm basically a failure at blogging this year. I really don't know why, but I've been seriously slacking. I didn't even tell y'all about scans, which is craziness! I kept thinking about it, but all of my blog readers (that I'm aware of) are also facebook &/or IRL friends. So I assume that y'all know that SCANS WERE CLEAR!!! While I'm super glad about that, I am legitimately unhappy with the medical oncologist. He doesn't want to see Chris for a year now, which is just a small part of the reason I'm unhappy with him. Each person's case is different, and knowledgeable oncologists will base their follow-up surveillance upon the patient's risk factors & such. The problem is the fact that I am now absolutely sure that I know more about ocular melanoma than Christopher's oncologist. I doubted his competency in the past, but now it has been confirmed. I won't go into all of the details, but none of his reasoning for lengthening the time between scans were based on facts about Chris &/or ocular melanoma. They were based on his knowledge of metastasis in other types of cancer. That'd be super if Chris had some other type of cancer, but he has ocular melanoma. It metastasizes in a completely different way than most cancers. He basically told Chris to pay attention to his body & to call if he experienced any unusual pain. For the record, by the time he would experience any sort of pain associated with mets he would be roughly two months away from death. This is not me being dramatic; it is simply the facts. Up until the very end, most OM patients with mets have normal blood work, feel fine, look fine, do not experience much pain, have all of their hair, and appear to be perfectly healthy. Anyways, I've gone into a few more details than I had originally planned. To wrap it all up...I'm sure that I'd be nervous about lengthening the time between scans even if a knowledgeable doctor recommended it, but I could possibly accept it from a doctor who knows more about OM than I do.

My sweet boy got his glasses this week, and I think he looks so handsome! 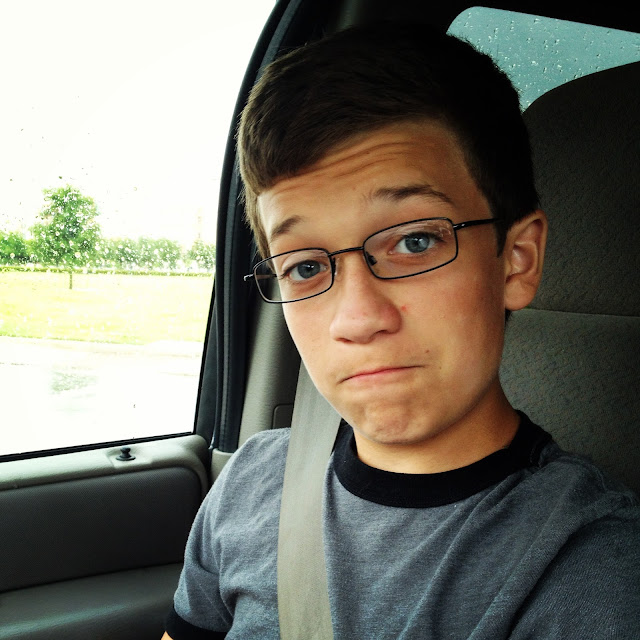 He went to a friend's house for a couple of days this week, so baby girl and I had a girls' day on Wednesday! We had a lazy morning, then we got haircuts and did a little bit of shopping for our first Bowl Games of the summer that night! I'll tell y'all more about it later {for real! I've already started the post...} but for now, here's a picture of me with my baby girl: 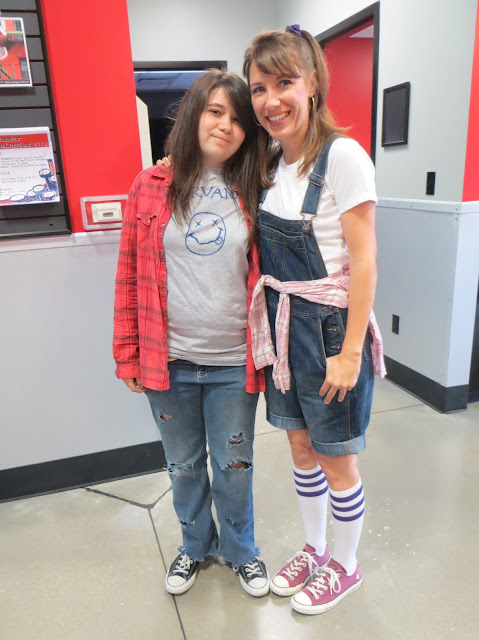 {Yes, there's a reason for the outfit, but I'll just let you wonder for now...}

Speaking of my baby girl, she started drivers ed this week. How crazy is that?! She can get her permit in October, so we decided that she should do the classroom portion this summer while she has the time (& doesn't have school/homework). I got my little Parent Taught Driver Education packet in the mail the other day, so we signed her up for her online class. Drivers ed has come a loooong way from when I took it. She can do the work from the comfort of one of my super cute chairs! 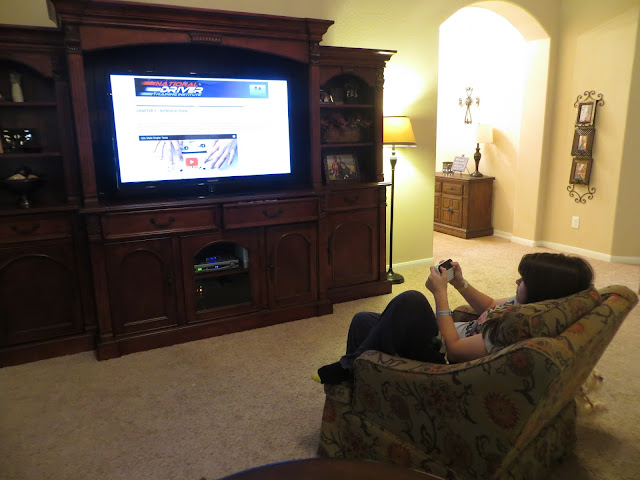 A group of some of my favorite people in the world are on a mission trip in Costa Rica, where my friend Heather is a missionary. The group from my church will be doing VBS and a water project that will bring water to each home in a village of Guyami indians. At least half of the group consists of one or more of the following: my favorite students, my close friends, & my close friend's children. I love these people, and I know the preparation they have put into this trip. Please pray for them as they share the love of Christ with the Guyami. {Thank you!}

As for the song, it's one of my favorites of theirs. If you know me at all, you probably know what part is my favorite...the "oh oh oh" part at the end. I have no idea why I like those parts so much, but I do!

Alrighty, I'm going to the early service in the morning, so I've got to get to bed! I hope y'all are having a wonderful weekend! ♥

Zion said…
So how does Chris feel about this Doctor and his recommendation? Did you all say anything or are there any other options at all??? I understand it's not that simple (Believe me! I've driven all over the place going to different hospitals hours apart), but I am just curious if it is something you have to put up with :( Praying and feeling for you.
July 24, 2013 at 11:38 AM