"Echo Off the Sky"

Elly & I have been listening to girl music this week ~ mainly Abby Baker, Poema, MoZella, & Superchick. And once again, today's song isn't the one I listened to the most. The one I should be posting is a sad one by Abby Baker. So I thought I'd post this one, instead! :) 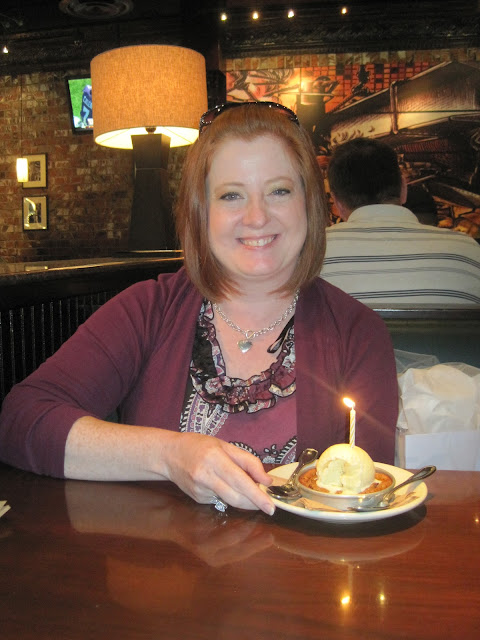 ...was treated to lunch with my aunt at one of my favorite little spots, then I drove her around the area {including our little drive to school with the buffalos, peacocks, & such. The buffalos now have a horse as well, in case you wondered how their little family was doing!}

...drove over to Kristi's. Have I mentioned that she lives three doors down? Ya, I don't think I've ever done that before unless I was picking her up so we could ride to the church together. But it was raining cats & dogs! Yay for rain!!

...did not ride the mechanical bull at a youth thing last night. My back is thanking me today.

...saw a dead mouse at The Warehouse last night. It's probably what I deserve for hiding in the kitchen so the students didn't see me eat dessert. In my defense, I was craving something sweet but there was no "official" dessert. Laurien showed me some leftover Reese's ice cream cup bars, and I couldn't resist! So I did what anyone else would do when there isn't enough to share: I sat down on the floor with Laurien & ate it in hiding. Wow, that sounds so wrong, doesn't it? I think I received my punishment in the form of a dead mouse, though. {At least I didn't trick poor Abby by telling her that I dropped something under the freezer, causing her to look underneath it & discover said mouse! Yep, another volunteer did that, & it was horribly hilarious!}

...got a text from a friend saying that she got me a ticket to see Needtobreathe in College Station in a couple of months! I'm SO excited!! {They have some new tunes coming out in a few days! Just a little EP, but it's still worth getting excited about!}

...have been working on a few little things in my laundry room. I have one more project before I show y'all the end result, but here's a little sneak peek: 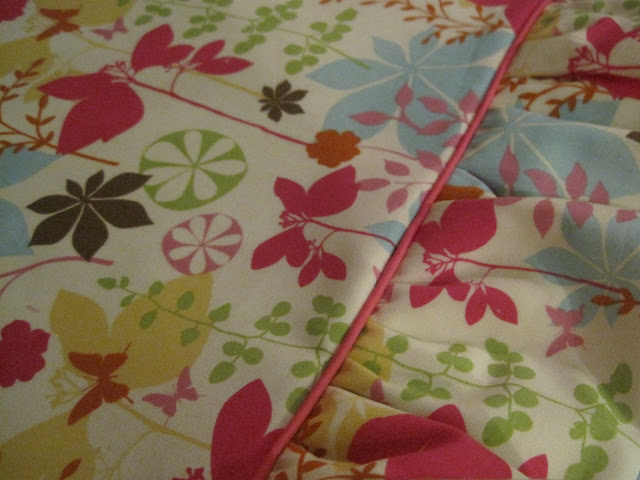 Random little story...my friend Sloan called me to see if I could meet her for coffee the other day. I couldn't because I was on my way to a doctor appointment {just a check up, so there's no reason to be concerned!} But as we continued to talk on the phone, we realized that I was driving just ahead of her on the same road. We proceeded to drive together for the next 15 minutes, until I arrived at my doctor's office. We didn't get to sit down for coffee or even look at each other face-to-face, but we had visuals of each other's vehicles for the entire conversation! ;) Is it weird that I think that's neat?!

Okey doke, that's all I can think of right now! I really need more interesting stuff to blog about, huh?

I'm off to see my baby brother! I hope y'all are having a lovely weekend! ♥

{amy} said…
To answer Brooke's question, the sad song is not a reflection of my mood this week! It's a good song, and Elly really likes it (contributing to its play volume). I just can't bring myself to post it...
September 16, 2012 at 7:51 AM

RR Mama said…
You are going to have so much in College Station! And I love it when I see a friend on the road while driving and we talk. Have a great week!
September 17, 2012 at 10:41 AM

Jennifer {Studio JRU} said…
Yay for fun birthday celebrations! Eww... so very much dislike mice. :( That material is so pretty. Looking forward to seeing the finished room! lol What a fun conversation!
September 17, 2012 at 10:34 PM

Zion said…
Love that material can't wait to see more, and I don't think it's weird about you and Sloan. I actually thought 'oh my goodness, how cool'
September 19, 2012 at 9:38 PM